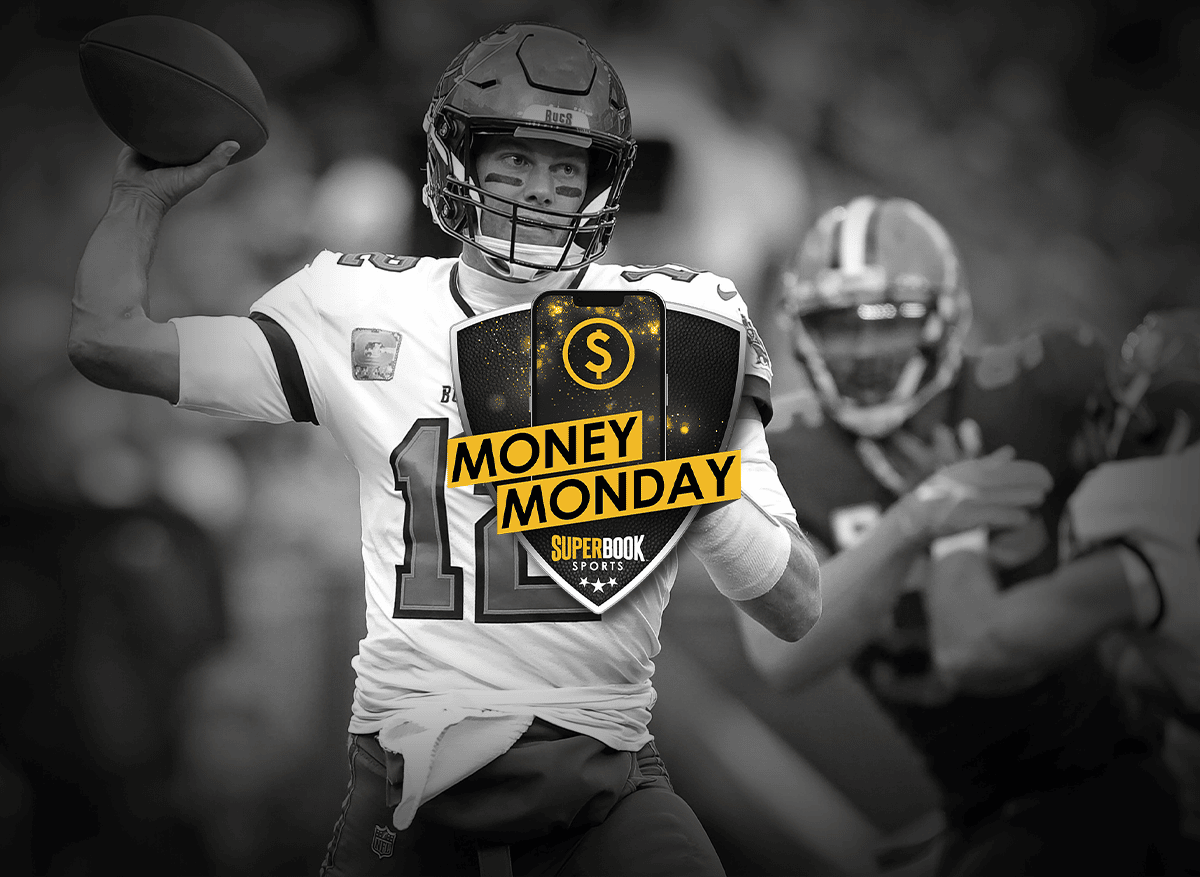 Three bets to make when the Bucs host the Saints

The Buccaneers enter tonight’s game at just 5-6, but they can take a commanding lead in the NFC South with a victory. Nobody else in the division would have fewer than eight losses, putting Tom Brady and company in the HOV lane toward the postseason. Can Tampa Bay bounce back from an overtime loss to Cleveland and look more like the team that dominated Seattle in Munich? That’s the question on “Monday Night Football.”

For all the success Tom Brady has had in his two-plus seasons in Tampa Bay, including a Super Bowl win, he’s struggled against his division rival. Entering this year, Brady was 0-4 against New Orleans, including two losses at home. The one in 2021 was by a score of 9-0 and the one in 2020 was by a score of 38-3. That’s absolutely wild, as Brady has been outscored by the Saints 47-3 in his two home games as Bucs QB. He finally beat them for the first time earlier this season as Tampa’s QB, but he didn’t have a big game. The Buccaneers won 20-10 in New Orleans back in Week 2, but Brady only completed only 52.9% of his passes and threw for just 190 yards. So even in a down year, the Saints seem to have Brady’s number, particularly in Florida. They’ll cover the 3.5 points and could even win outright, with a moneyline of +165 tempting for bettors who are willing to look at the recent history of this matchup.

The total is set at 41.0, and the under is really the only way to play this, especially with Brady scoring a combined three points in 120 minutes at home against the Saints over the last two season. Plus, neither team possesses an explosive offense; they have been going under this total a lot of late. The Bucs have gone under 41 in each of their last three games, and six of their last seven overall. The Tampa defense is solid, and the offense isn’t elite like it used to be. Meanwhile, New Orleans has gone under 41 in four of its last five games. Last week, the Saints held the extremely high-powered 49ers offense to just 13 points, while getting shutout in the process, leading to a frustrating 13-0 loss. Not only will this game go under, it could go way under, given the past games the last couple of years and what we saw from both the Bucs and Saints during the month of November.

Under 272.5 passing yards for Tom Brady

When offense isn’t going to be the story of the night, you have to get creative with player props. Who better to bet against than Brady, given everything we’ve told you about how he performs against New Orleans? His total of passing yards set at 272.5 is way too high, so getting invested on the under is a wise decision. Brady’s gone way under that total against the Saints in four of five matchups as Tampa Bay’s quarterback, including the aforementioned 190 passing yards in Week 2. He also threw for 214 in the home game in 2021 and only 209 in the home game in 2020. Brady’s also gone under 272.5 passing yards in six of his 11 outings this year, including each of the last two weeks. He’ll do it again on Monday night.

The Raiders have won three-straight games to climb onto the “In the Hunt” graphic, but they still have a long way to go if they want to be a legit playoff contender. Getting to .500 is the next step, which they can inch closer to with a win over the Rams on Thursday night. The defending Super Bowl champs are struggling at 3-9, so it’s a game Las Vegas has to win. A loss drops the Raiders to 5-8, while a win gets them to 6-7. That’s a world of difference and keeps hope alive. The Raiders have more to play for, so they’ll get it done.

The Jets finish a tough two-game stretch with a trip to Buffalo, which comes on the heels of a game in Minnesota. The Vikings and Bills in back-to-back weeks is a tough draw for a team trying to remain in the playoff race. New York is two games back of Buffalo, so the Jets have to win this one to have any chance in the AFC East. It feels like a tall order. Mike White has been solid since replacing Zach Wilson, but outdueling Josh Allen, on the road, isn’t in the cards. That said, the Jets will make it interesting. This number is too big.

The Chargers are one of the most-disappointing teams in the NFL this season. They entered the year with Super Bowl hype but sit at just 6-6 heading into the backstretch. If Los Angeles is going to right the ship, this is a must-win game. Currently, the Chargers are two games behind the Dolphins in the wild card chase. Cutting that to one keeps them in it; falling to three back, with Miami holding the head-to-head tiebreaker, becomes a lost cause. Given the stakes, plus the Dolphins have to make a second-straight cross-country journey, lean toward L.A. at home.