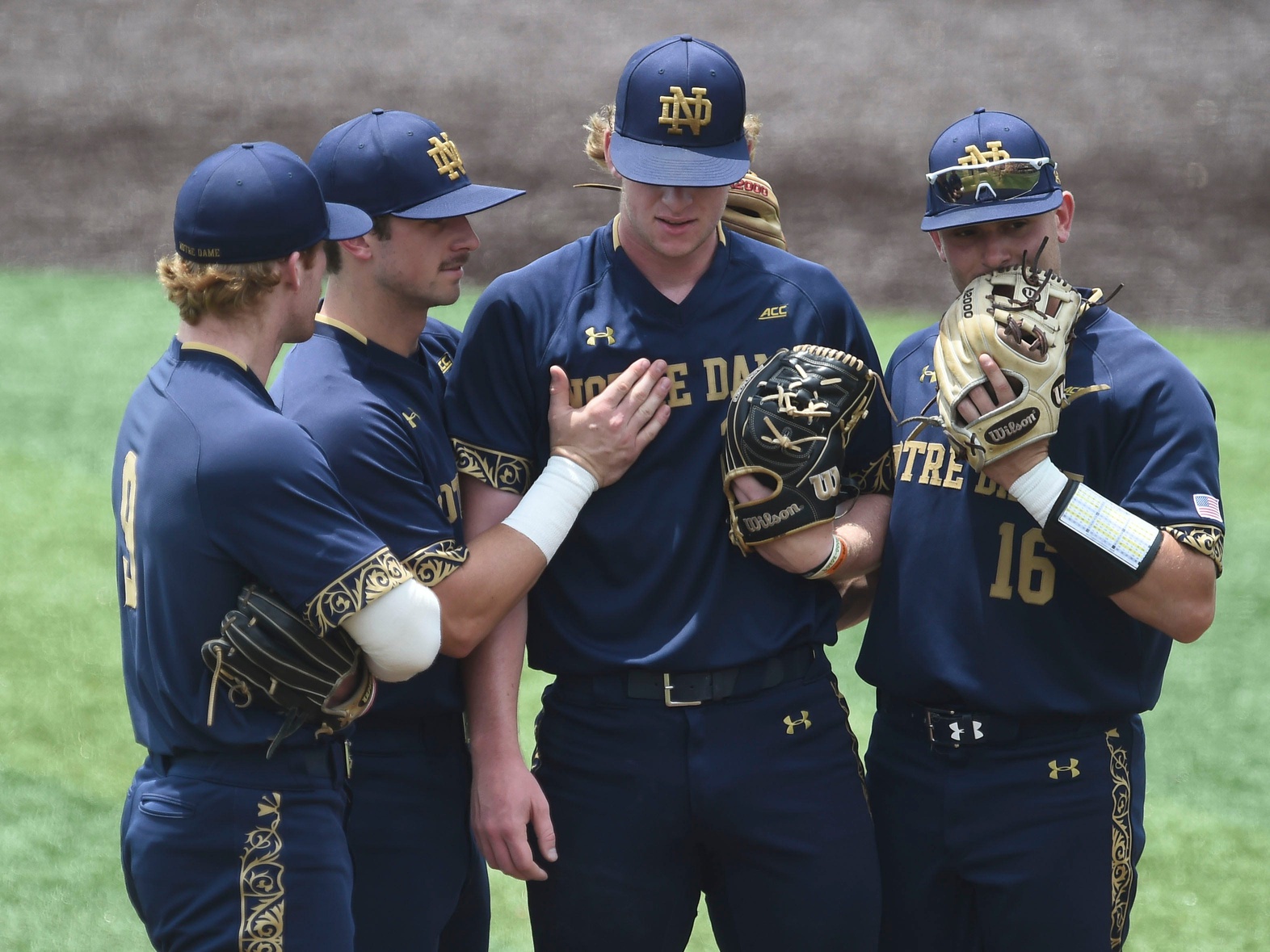 Can Oklahoma or Notre Dame beat the powerhouses from Texas and Texas A&M?

Home » Can Oklahoma or Notre Dame beat the powerhouses from Texas and Texas A&M?

The College World Series heats up with two marquee matchups

A pair of 42-win teams square off in Omaha, as the College World Series heats up. Oklahoma averages 7.7 runs per game, while Texas A&M puts up 7.5.

Trying to figure out who has the edge is tricky, as the teams are very, very even. A common opponent provides a clue, however.

The SEC semifinal game on May 28, the Aggies lost 9-0 to Florida to end their run in the conference tournament. A week later, the Sooners beat the Gators twice (9-4, 5-4) in three games to advance to the Super Regional Round. That discrepancy provides some insight.

Both teams are coming of wins in the Super Regional, but one was a close game and the other was a laugher. Texas A&M escaped against Louisville, winning 4-3, while Oklahoma blasted Texas Tech by an 11-2 score.

The Sooners bats are red hot. That should carry them today.

It’s weird to think of Notre Dame as a Cinderella team, but that’s the case heading into tonight’s game in Omaha. The Fighting Irish stunned the college baseball world during last weekend’s Super Regional when they eliminated No. 1-ranked Tennessee.

Notre Dame won the three-game series by notching an 8-6 win in game one, plus a 7-3 victory in the decisive third game. They should still be riding high as they take on the ninth-ranked team in the country.

Texas is formidable. They average 8.0 runs per game and are nearly unbeatable when they score six or more, posting a 38-6 record in those contests. Skyler Messinger is hitting .542 in the NCAA Tournament, going 13-for-24 with a double, a home run and nine RBI.