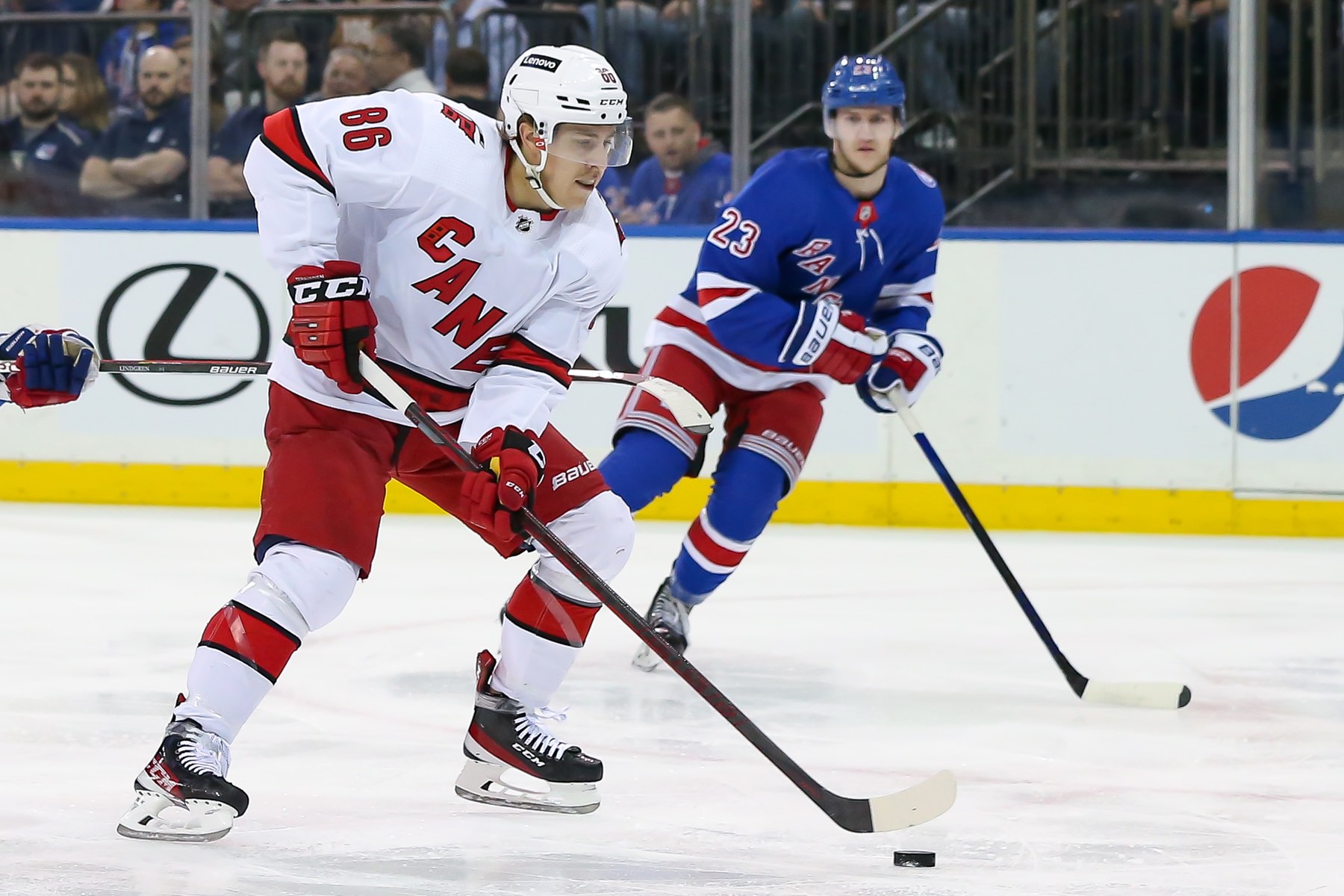 Carolina’s home dominance will continue, as New York will struggle again on the road

This one seems pretty easy to figure out. Every game in their series has gone the exact same way.

The home team wins. The visiting team struggles to score.

There’s little reason to think the pattern will break. In fact, there’s plenty to suggest it will continue.

Carolina is unbeaten at home in the postseason. The Hurricanes are 5-0 thus far in the playoffs at PNC Arena, outscoring the Bruins and Rangers 22-7 in those five wins.

Meanwhile, New York has been dreadful away from MSG. The Rangers are just 1-4 on the road in the postseason, having been outscored 18-7 in those four losses.

Igor Shesterkin has been outstanding for the Rangers in the series, however. The goaltender has allowed just five goals in four games, posting 117 saves in the process. He gives New York a chance in any game, including tonight.

But Carolina’s two best offensive threats, Teuvo Teravainen and Sebastian Aho have been equally as good. They’ve combined for 19 points in the playoffs, 17 of which have come at home. The stars show up in Carolina.

Expect more of the same tonight. The Hurricanes will get the win in a low-scoring nailbiter.