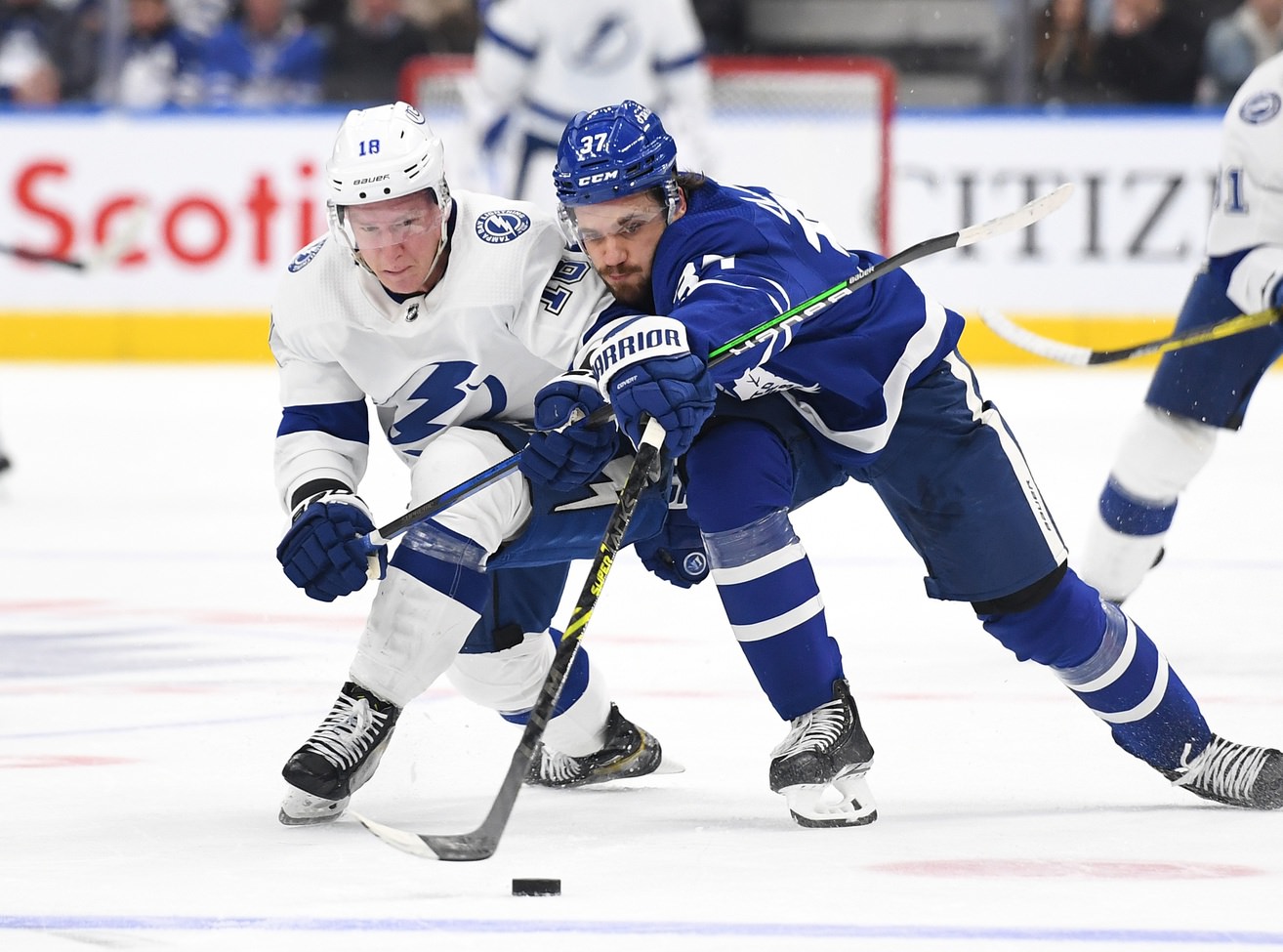 What a doozy NHL Network has on tap tonight, as two of the top teams in the Eastern Conference face off in a game with massive postseason implications. Currently, Tampa Bay and Toronto are knotted up for second place in the Atlantic Division with 93 points.

While neither is going to catch Florida, as the Panthers are running away with things at 102 points, they are trying to avoid the wild card. Boston is on their heels with 91 points. That makes today’s game big for both teams, looking out the front window and into the rearview mirror.

Both teams are playing well, each having won four of their last five games. They’re each rounding into postseason form.

The Maple Leafs are on a four-game winning streak, scoring 24 goals during that stretch. Their attack, powered by Auston Matthews, comes at opponents in seemingly never-ending waves. It can snowball into four, five or six goals in a hurry. So Andrei Vasilevskiy will have his hands full tonight.

Fortunately for the Lighting, their goaltender figures to be up to the task. He leads in the NHL in wins with 35, giving up just 2.37 goals per game in the process.

Tampa Bay had its four-game winning streak snapped on Saturday night, falling 5-4 to Montreal. That was with Brian Elliott between the pipes, however, so the result should be taken with a grain of salt.

It’s a marquee matchup. There’s a lot on the line. Go with the home team and the defending Stanley Cup champions.