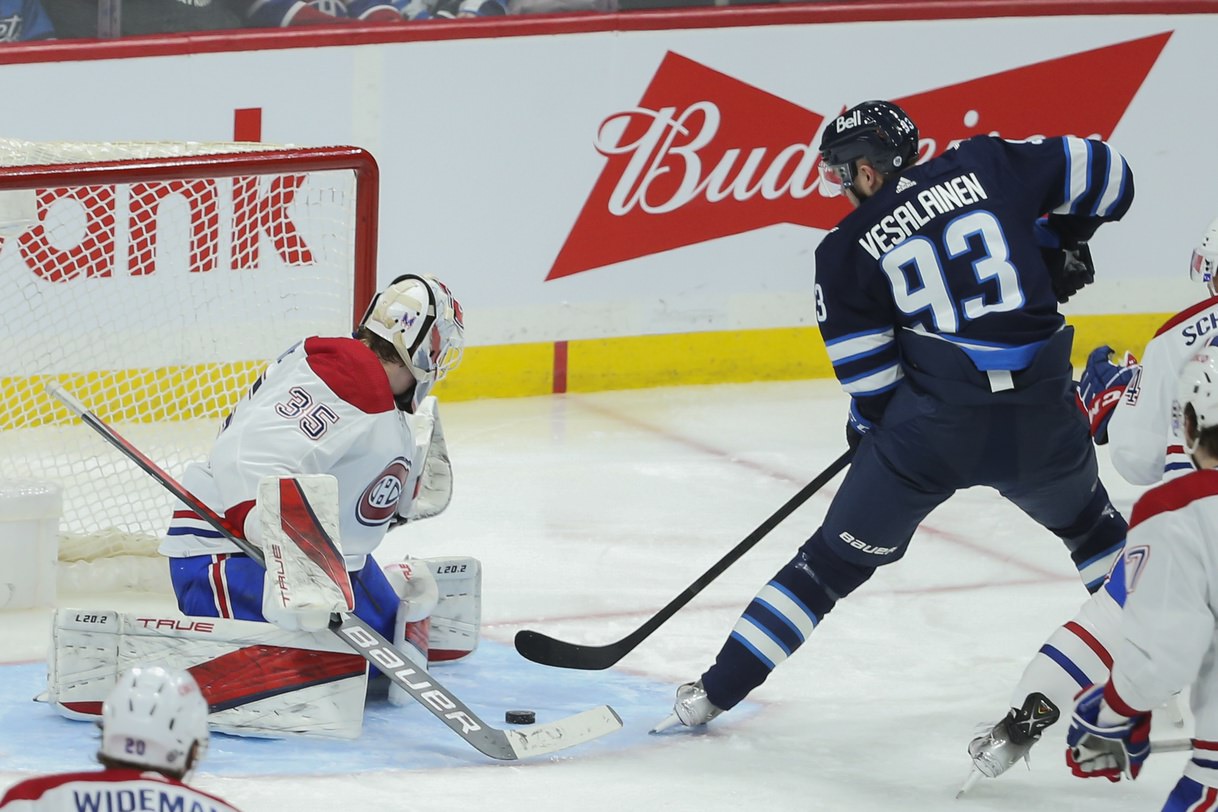 The lone matchup on the NHL docket tonight looks like a bit of a mismatch. On paper, Winnipeg should be a big favorite in Montreal. The Jets have 79 points on the season, while the Canadiens are languishing at the bottom of the Eastern Conference standings with just 51.

But games aren’t played on paper. On the ice, there are reasons to like the home team tonight.

For starters, Winnipeg has been scuffling of late. The Jets won last night in Ottawa, but that 4-3 victory came on the heels of a four-game losing streak.

That slide included some ugly losses, including a 7-3 setback at Toronto. That night, Eric Comrie was in net for the Jets. He’ll be there again tonight.

Conversely, the cellar-dwelling Canadiens have been playing better of late. They’re 2-2 in their last four games, but that includes a 5-4 win over the defending Cup champions and a hard-fought, 3-2 loss to Toronto on Saturday night.

Playing well against the Lightning and the Maple Leafs is a positive sign. It shows that the Canadiens are on a bit of an upswing.

It’s never easy playing in Montreal. They’re the value play in this one.