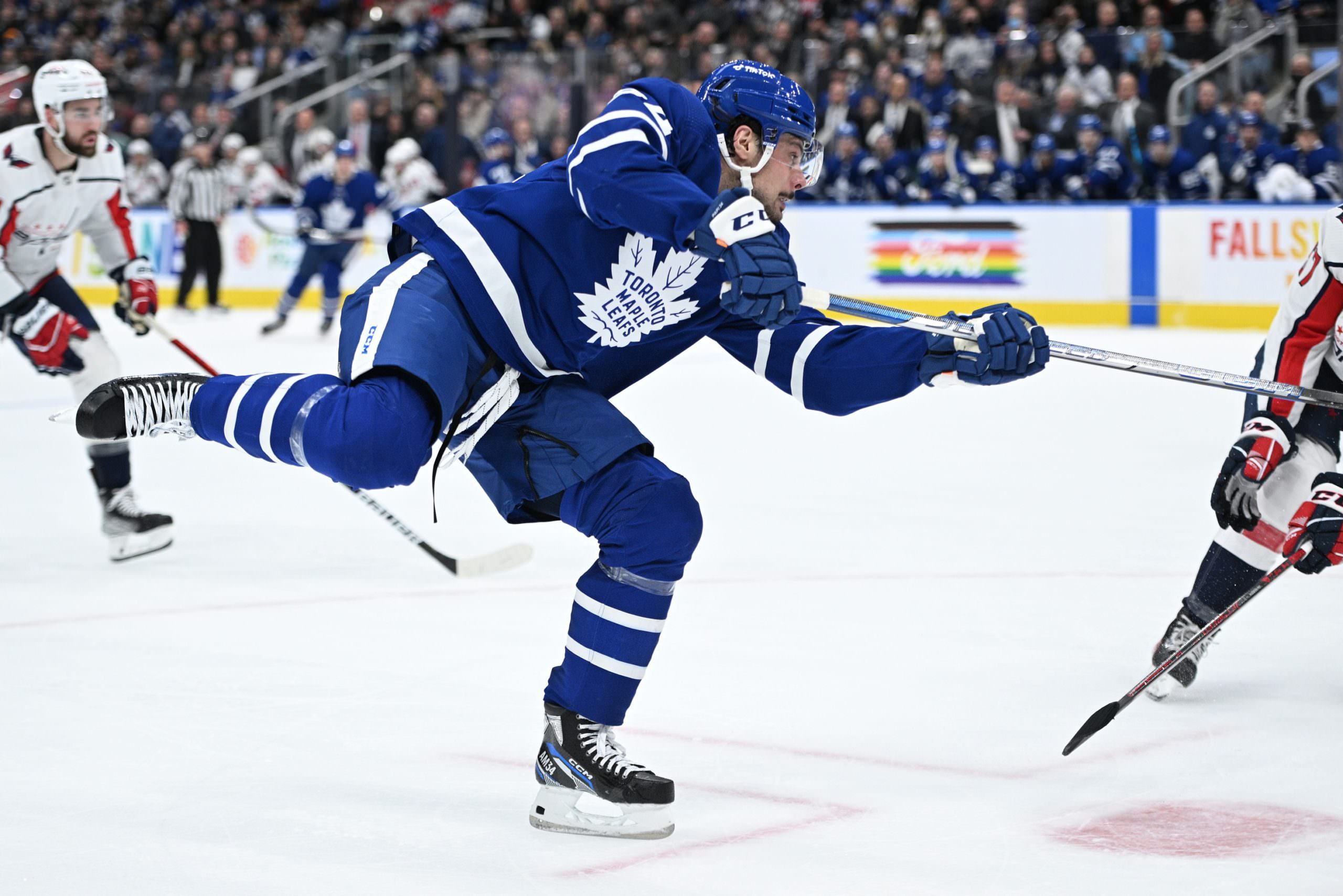 The Toronto Maple Leafs will continue their torrid pace, even against the Tampa Bay Lightning

Home » The Toronto Maple Leafs will continue their torrid pace, even against the Tampa Bay Lightning

It’s the marquee matchup of the night, as ESPN gets a showdown between Eastern Conference powers. Toronto boasts the second-most points (108) in the East, while Tampa Bay is the defending Stanley Cup champions. Both will be major factors once the playoffs start.

Right now, however, the Maple Leafs are the team that appears more ready to hoist the Cup in a couple of months. They’re on fire, while the Lightning is struggling.

Toronto has won four-straight games, outscoring its opponents 21-11 in the process. In their last 13 games overall, the Leafs are 11-1-1, playing as well as any team in the NHL.

Included in this hot stretch was a 6-2 win at Tampa Bay on April 4. In that game, Auston Matthews netted three goals. The center has 58 on the year, the most in the league. He’ll be the key tonight.

Meanwhile, the Bolts are scuffling a bit. They’re just 3-6 in their last nine games, including a 4-3 loss at home to Detroit on Tuesday night. They’re up and down, a bit inconsistent at the moment.

That makes the Maple Leafs the smart play in this one. They’re playing great hockey. They’re one of the best teams in the NHL. And they’re an underdog.

Even on the road, that’s value that can’t be overlooked. Take Toronto over Tampa Bay in what should be a great game.