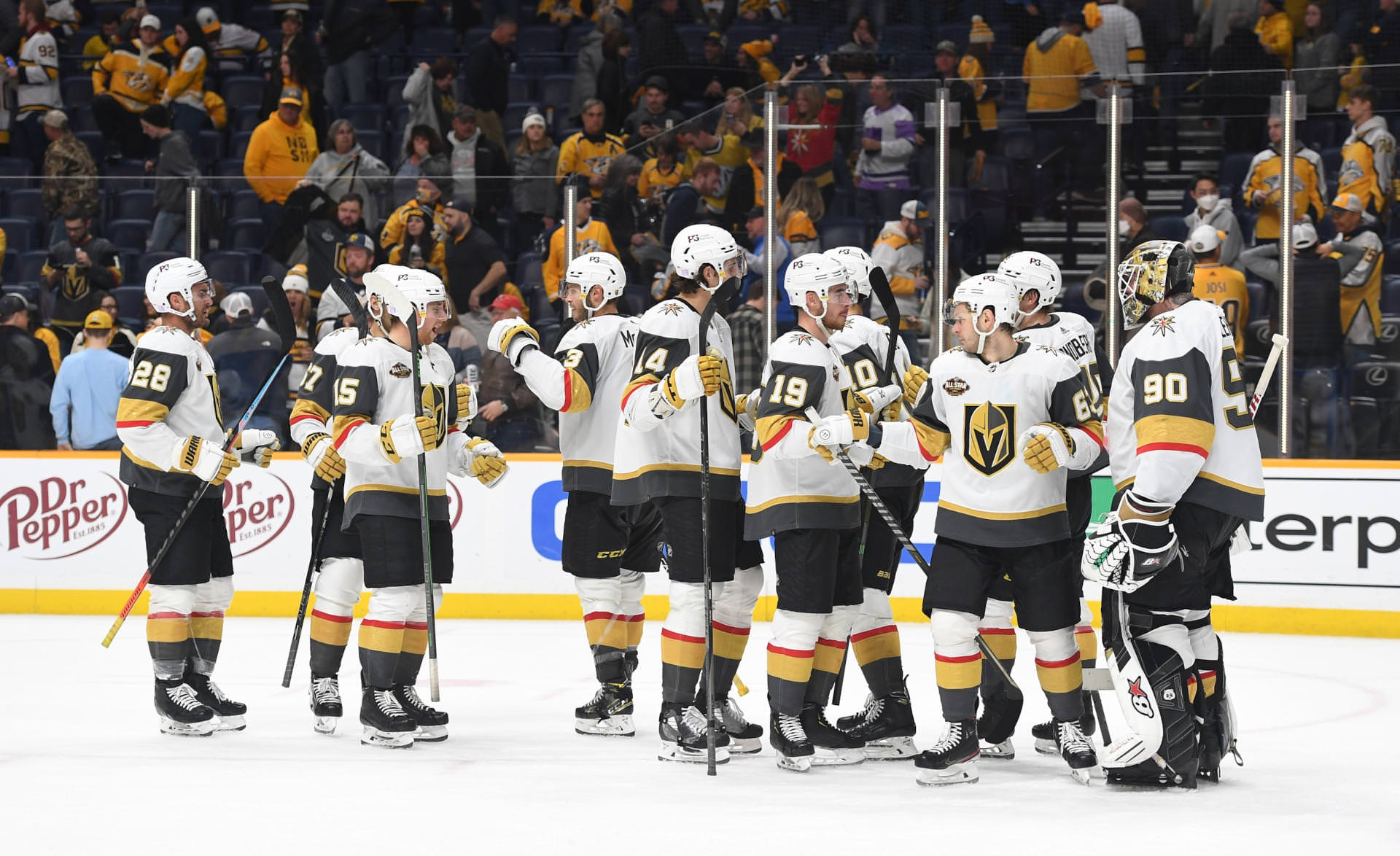 On paper, tonight’s showdown in Las Vegas looks like an epic battle. It’s two of the better teams in the Western Conference, ones that have made postseason noise in recent years, squaring off in a late-season matchup with postseason implications.

Nashville has gone 7-3 in its last 10 games, playing some of its best hockey as the playoffs approach. The Preds have done it by becoming a scoring machine, having registered six goals on three occasions during that stretch and putting up an eight-spot against San Jose.

Meanwhile, Vegas is sputtering. The Knights are just 2-7 in their last nine games. It’s mostly been because of a lack of offense, as the Golden Knights have been blanked in each of their last two games, falling 4-0 to Winnipeg and 3-0 to Minnesota.

As a result, the Predators are cruising toward a postseason berth. They’re currently in the No. 1 wild card spot, but are tied with the Wild and just one point behind the Blues in the Central Division.

The Golden Knights are currently on the outside looking in. They’re one point back of the Stars for the final wild card spot, just two points ahead of the Jets and Canucks.

Vegas is hoping to right the ship before it’s too late. A home game with Nashville isn’t the time to do it, however. The Knights’ slide will continue.