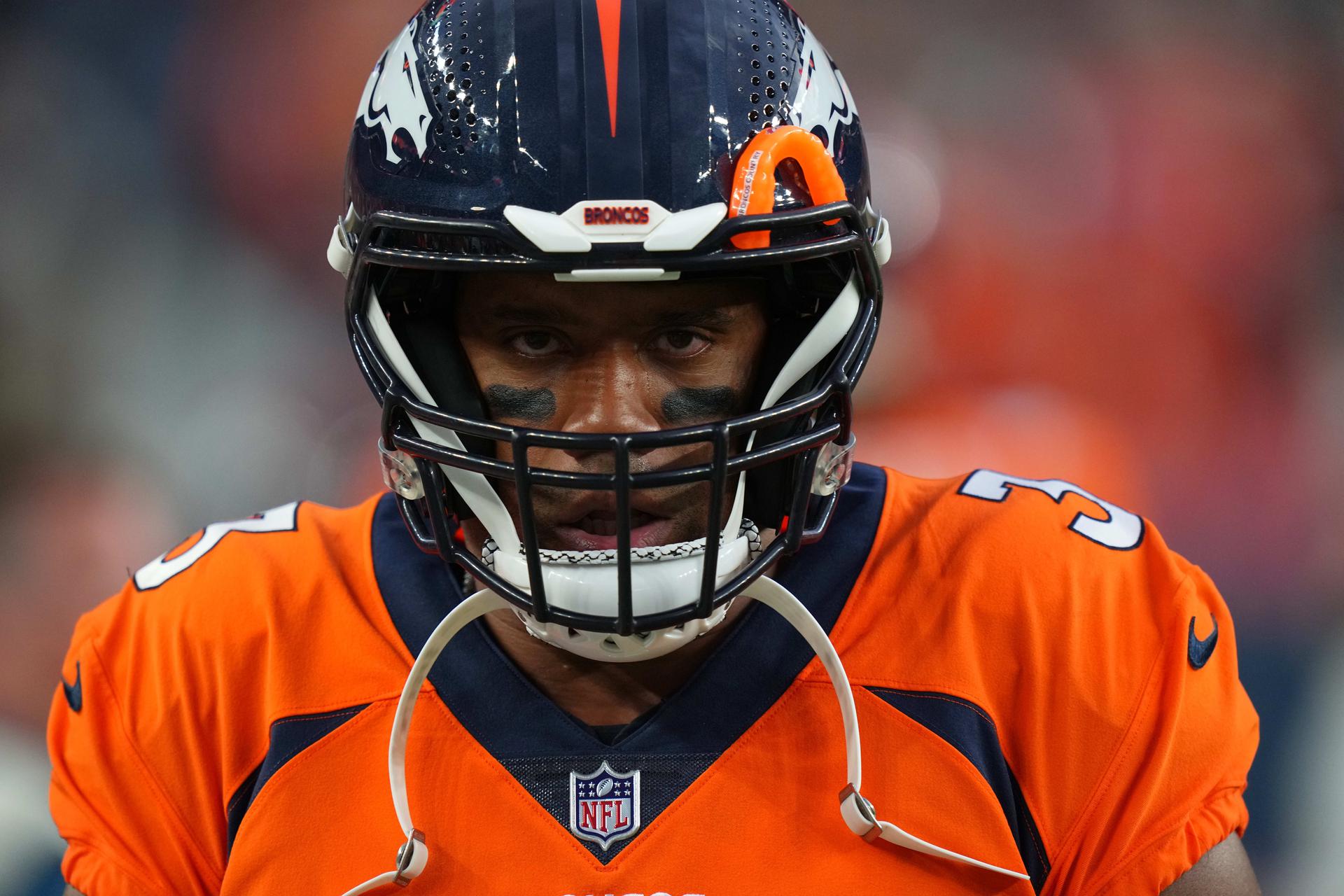 Are the Denver Broncos ready to return to prominence after six years in the doldrums?

Home » Are the Denver Broncos ready to return to prominence after six years in the doldrums?

Russell Wilson makes the Broncos interesting again; but can he make them a contender?

The Broncos enter this season with winning expectations for the first time since they walked off the field as Super Bowl 50 champions. That’ll be seven years ago in February.

After a revolving door of coaches and quarterbacks, the Broncos finally have a core regarded as good enough to warrant Super Bowl discussions again. By hiring the offensive-minded Nathaniel Hackett as head coach, which paired nicely with the trade of Russell Wilson, the Broncos overhauled their offense during the offseason. With Jerry Jeudy, Courtland Sutton, and K.J. Hamler making up most of the receiving corps, along with Javonte Williams and Melvin Gordon in the backfield, the Broncos’ offense is primed for a breakout season in 2022.

Denver finished with a 7-10 record last season; however, the Broncos lost four games by less than one possession despite having one of the least-efficient offenses in the NFL. Conversely, Denver’s defense was one of the top units in the league last season, allowing an average of 18.9 points per game, the third-lowest mark in the NFL behind only the Bills and the Patriots.

The Broncos were a dysfunctional franchise under former head coach Vic Fangio, and the fact they managed to win seven games last season was surprising. However, they are returning the same stout defense and made significant improvements on the offensive side of the ball.

It’s not only the addition of Russell Wilson that makes the Broncos an exciting team; it’s also the general breath of fresh air around the team. Between Wilson, Hackett, George Paton and the new ownership group, the team is primed to get back to its winning ways in 2022.

Denver should win its first two games against Seattle and Houston, respectively. Then, they will take on the 49ers at home in Week 3, this will be an interesting test for Denver, considering the wizardry of Kyle Shanahan. But getting Trey Lance early in the season is probably a good break.

Denver has a last-place schedule and has a few softball games on their slate against teams like Seattle, Houston, New York (Jets) and Jacksonville. The Broncos will need to win these games to remain competitive in the AFC West. Some other games are question marks, like Tennessee, Carolina and Arizona.

The other offerings on their schedule are Baltimore, the Los Angeles Rams and Indianapolis. While the Broncos have some tough stretches on their schedule, there does not appear to be a “scheduled loss” at the moment. Assuming they are healthy, the Broncos should be able to stick around in most games this season.

The divisional games will make or break the Broncos’ win total for the coming season. The AFC West is the most challenging division on paper, with talent across the board in Kansas City, Las Vegas and in L.A. with the Chargers. Denver can split within its division, if not come out of it with a winning record. The Broncos have the talent to compete with Kansas City. The Raiders will be tough, but they have questions of their own with Josh McDaniels. And name a team that has underachieved more in the last decade relative to expectations (outside of my Dallas Cowboys) than the Los Angeles Chargers.

The Broncos are a double-digit win team in my book. If they can maintain their defensive production and improve their offensive output, they should be right in the thick if the AFC West race when it is all said and done. Their win total was set at 9.5 for most of the offseason, so there is clearly some steam on the Broncos with the regular season approaching. It’s a flat 10 at +100. Look towards the over, and let’s ride, Broncos Country.

The Broncos look like a playoff team. But at -140 to earn a postseason berth after six-straight seasons being on the outside looking in, there just isn’t enough value with that play.

Futures are investments. It’s okay to shoot a couple of darts on who will win the Super Bowl so long as you are betting smart and not loading up on one team as opposed to another.

At 20/1, the Broncos are absolutely worth taking a flier on to catch lightning in a bottle. For perspective, the Charges price is half of the Broncos at 10/1. Is Los Angeles really that much better than Denver to warrant that big of a difference?

One thing we know about Russell Wilson is he is one of the best game managers out there when he needs to be (outside of the wild call against New England in the SB). When Seattle went to back-to-back Super Bowls, its defense was the reason why. Sure, Wilson was a damn good QB, but the defense shined bright in Seattle and ultimately helped lead the Seahawks to a Super Bowl victory over the Broncos of all teams.

Now, Wilson has improved big time since he was last in the big game, and he is playing for a franchise that has one of the best defensive units in all football. Denver has the chance to be better than some of the teams ahead of them on the odds board.

There is massive value on the Denver Broncos at 20/1.

The narrative around Denver for the last three to four years has been that the Broncos are “a quarterback away” from being a contender in the AFC. Well, now they’ve got their guy in Russell Wilson, who was probably the best fit available for the team during the offseason.

If the Broncos ride again, Wilson will be the reason why. Everything is there for him. He’s got arguably the best receiver group of his career and one of the best running back tandems in league with Javonte Williams and Melvin Gordon. Pair this with an offensive-minded, collaborative head coach in Nathaniel Hackett, and Russ has the keys to a Ferrari.

This number has dwindled throughout the offseason, meaning plenty of people expect Russ to have a big year. The storyline is in place. New team, new energy and a drive to get back to the top.

Russ looked great at training camp, and it seems as if all of his teammates are buying into to the common goal of competing for a championship. Making an investment on Wilson before the season is a fine idea.