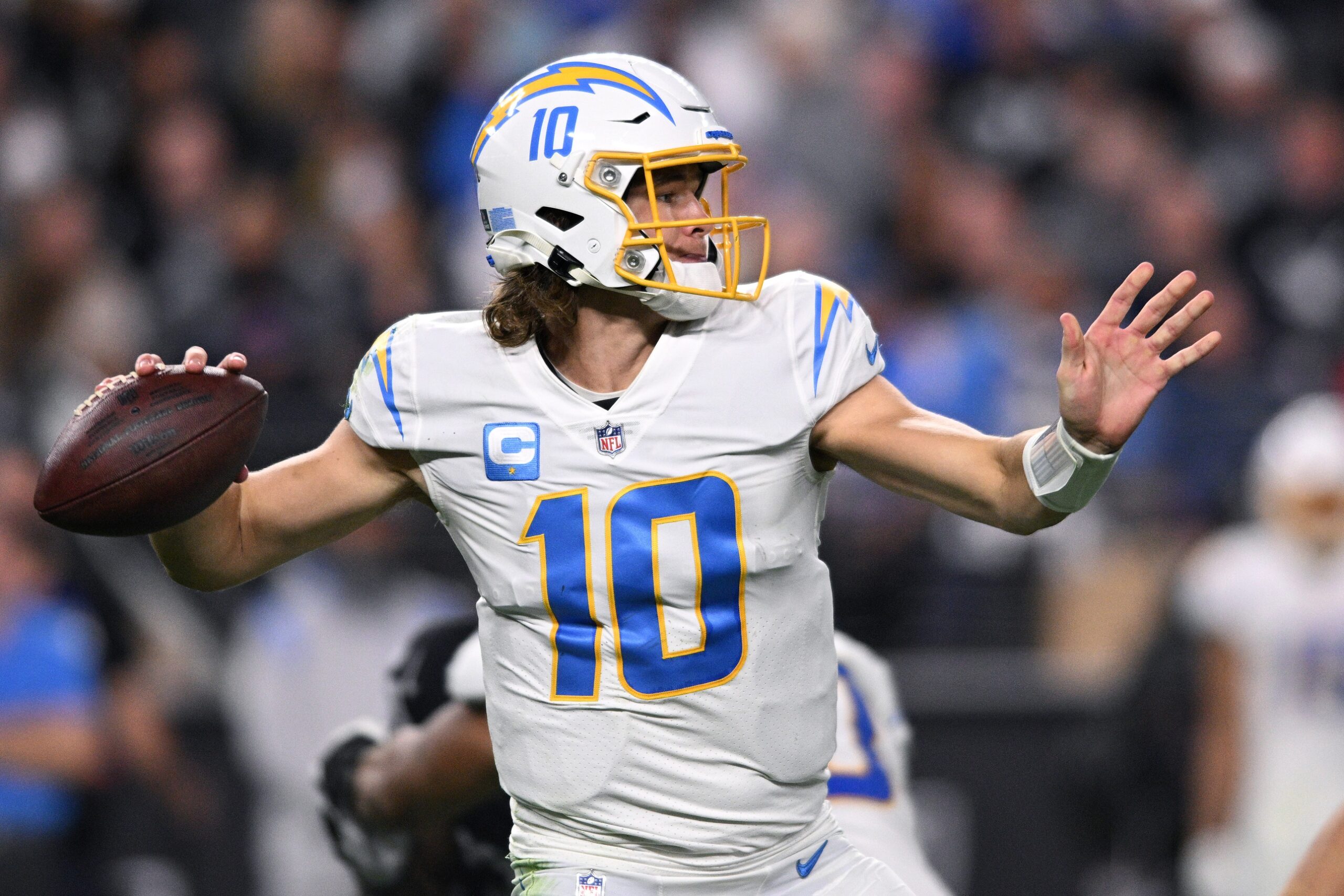 Can the Los Angeles Chargers live up to all of their preseason hype?

Home » Can the Los Angeles Chargers live up to all of their preseason hype?

Despite a bumpy track record, the Chargers are a fashionable pick in the AFC

Everyone seems to love the Chargers. A year after one Los Angeles team won the Super Bowl, a lot of people are picking the other southern California resident to hoist the Lombardi Trophy this year.

On one hand, the hype is understandable. The Chargers are loaded with talent. On the other, however, it’s a little bit of a mystery. It’s an unproven group.

The Chargers have won double-digit games only one time in the last 12 seasons. Once. In a dozen years. So going over 10.5 would be going against the trend.

Los Angeles has only made the playoffs once in the last eight years. That came in 2018 when they finished 12-4, the Chargers’ lone standout season in recent memory.

That’s the history. But the present also makes a compelling case.

Justin Herbert is a rising star. The quarterback threw for 5,014 yards and 38 touchdowns in 2021, just his second season in the league. He’s the main reason for the unbridled optimism.

But in reality, Herbert has never made the postseason. The QB has a combined record of 15-17 during his first two NFL years.

Second-year head coach Brandon Staley still has a lot to learn about game management. The analytics disciple gets a lot of criticism for his fourth-down decisions, amongst other things. His aggressiveness burned the Chargers several times in 2021, with his first season ending at 9-8 and a horribly disappointing overtime loss to the Raiders in Week 18 with the playoffs on the line.

This 10.5 number is based solely on potential, which is clearly there. But the lack of proof is hard to ignore.

In the hyper-competitive AFC West, the under is the clear play. The Staley/Herbert duo shows they’re elite before they become a good investment.

Speaking of the playoffs, the Chargers are a big favorite to be in the dance at -200. However, there’s a lot of value in picking them not to be in the postseason. That side comes in at +175.

The Chiefs still have Patrick Mahomes, the Broncos added Russell Wilson and the Raiders traded for the best wide receiver in the NFL in Davante Adams, reuniting him with his old college quarterback, Derek Carr. Los Angeles also doesn’t have any sort of homefield advantage, with road fans always filling up SoFi Stadium.

Even if they manage a 3-3 split in the division (a tough task), the Chargers still have trips to Cleveland, San Francisco, Arizona and Indianapolis to deal with, plus home games against Miami, Tennessee and the defending-champion Rams.

If the Chargers only win nine games or so, they certainly won’t win the division and will likely miss the playoffs as well. Take the “no” bet and don’t even bother on the 10/11 wager to win the Super Bowl.

The NFL loves quarterbacks more than any other position, but pass-rusher is becoming a quick second. It’s extremely valuable, and the Chargers have one of the best in Joey Bosa.

He’s 25/1 to win AP NFL Defensive Player of the Year and it’s worth a shot. Bosa is a beast up front, registering double-digit sacks in four of his six seasons. He had 10.5 in 2021 and a ridiculous seven forced fumbles. That was tied for second in the NFL, trailing only Darius Leonard of the Colts with eight.

Los Angeles also added six-time Pro Bowler Khalil Mack this offseason, giving them another very legitimate pass rusher. That will take some double teams away from Bosa, making him good value to have a monster year and win the award at 25/1.