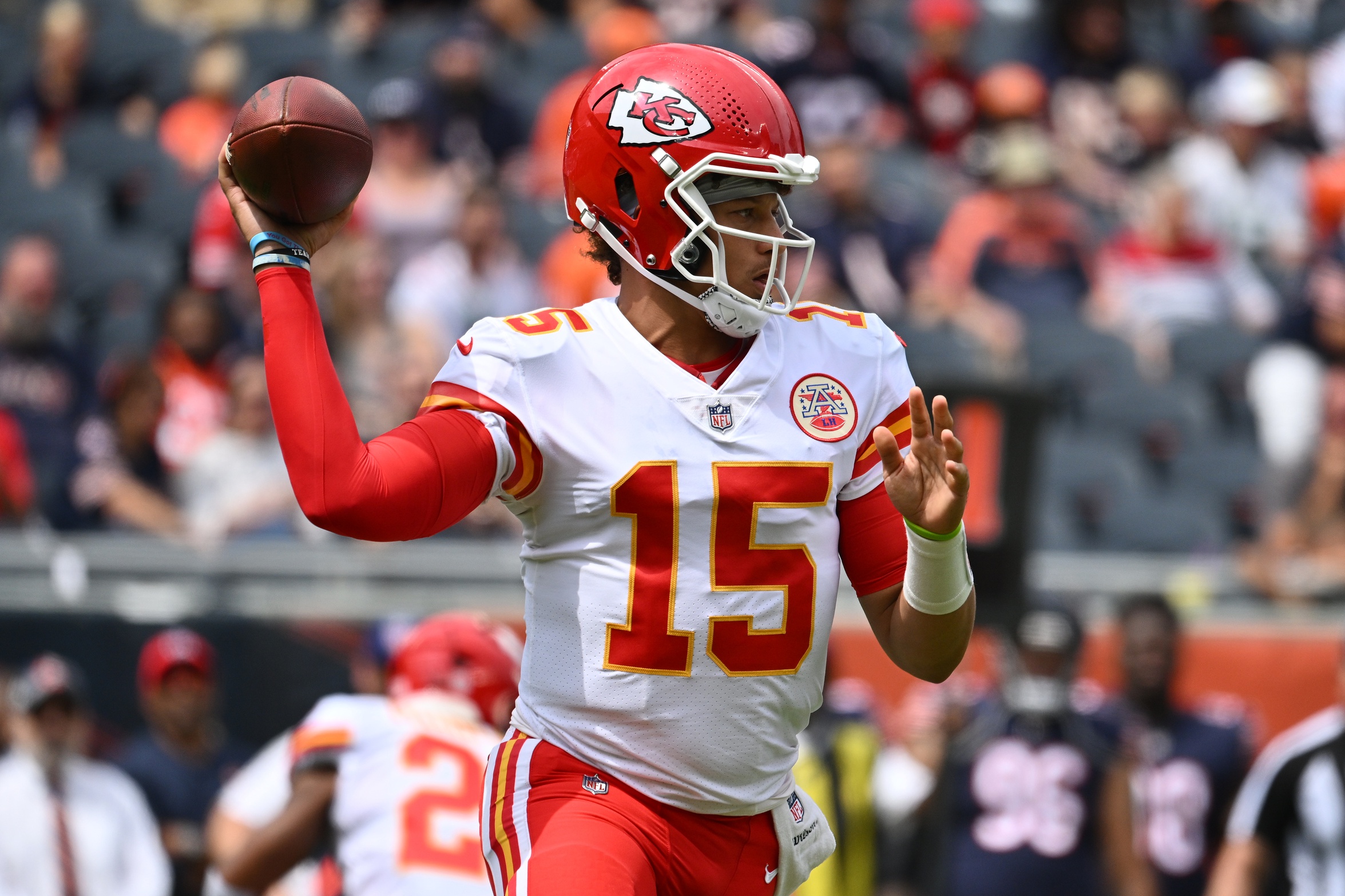 Can the new-look Kansas City Chiefs remain one of the best teams in the AFC?

Home » Can the new-look Kansas City Chiefs remain one of the best teams in the AFC?

With Tyreek Hill no longer in the fold, can Patrick Mahomes and the Chiefs stay a juggernaut?

The Chiefs have dominated the AFC West in recent years. They’ve won the division in each of the last six seasons, averaging 12 wins per year along the way.

In six of the last seven seasons, Kansas City has won more than 10 games. So, this number seems a little suspicious, to put it mildly.

It implies that the Chiefs are going to come back to the pack. It indicates that a changing of the guard in the AFC West could be in the making.

That certainly could be the case. After all, the Broncos, Chargers and Raiders have all improved greatly. Meanwhile, Kansas City has regressed from the team that went to back-to-back Super Bowls in 2019 and ’20.

Primarily, that occurred due to the loss of Tyreek Hill. The speedy wide receiver gave the Chiefs offense a scary dynamic; he scared defenses, opening things up underneath for Travis Kelce and other pass catchers.

Now that Hill is in Miami, Andy Reid is going to have to find a new formula for success. Thankfully for the KC head coach, he has Patrick Mahomes to help him figure out the recipe.

The coach and quarterback will have to navigate a tough schedule. The road to a fifth-straight AFC Championship Game is going to be difficult.

In addition to the six games within the division, the Chiefs play the NFC West and AFC South. At San Francisco, Arizona and Indianapolis will be tests, as will home tilts against the Los Angeles Rams and Tennessee.

The final three games on the slate feature road games at Tampa Bay and Cincinnati, two teams that have played in the Super Bowl in the last two years, as well as Buffalo at Arrowhead Stadium. That’s a rough slate.

Jacksonville at home and Houston on the road are the only layups on Kansas City’s schedule. The other 15 games are tossups, at best.

Can the Chiefs go 9-6 in those tough games? That seems like a lot to ask.

It’s a bit of a transition year in K.C. The Chiefs will be good, but they won’t be dominant. It seems crazy, but the under is the smarter play.

Hedge time. If the Chiefs do go over the 10.5, they’ll make the playoffs. And if they do, they’ll have a great chance to win it all.

Kansas City has been to four-straight AFC title games. The Chiefs have played in two Super Bowls during that time and hoisted the Lombardi Trophy once.

Are they as good as though teams? No, but they still have Patrick Mahomes. And that makes them a contender.

So, take the under and then hedge with the big bet. Swing for the fences, as 12/1 is great value for the Chiefs.

Patrick Mahomes already has one Most Valuable Player award on his trophy shelf, so the soon-to-be 27-year-old quarterback has already proven that he has the ability to be the best player in the NFL. Thus, it’s not a stretch to think he can do it again.

Given the fact that expectations are lower for the Chiefs than normal, it provides Mahomes with the rare opportunity to surprise people. And if he does, helping a new-look Kansas City team win another AFC West title and earn a high playoff seed, he’ll get most of the credit.

It’s not outlandish to think the Chiefs will be one of the best teams in the conference. If they are, it will almost assuredly be because of Mahomes. That’ll put him in the race.

Then, it’s all about the numbers. Mahomes is capable of 5,000 yards and 40 touchdowns. That kind of performance would get him the MVP for a second time in his career?