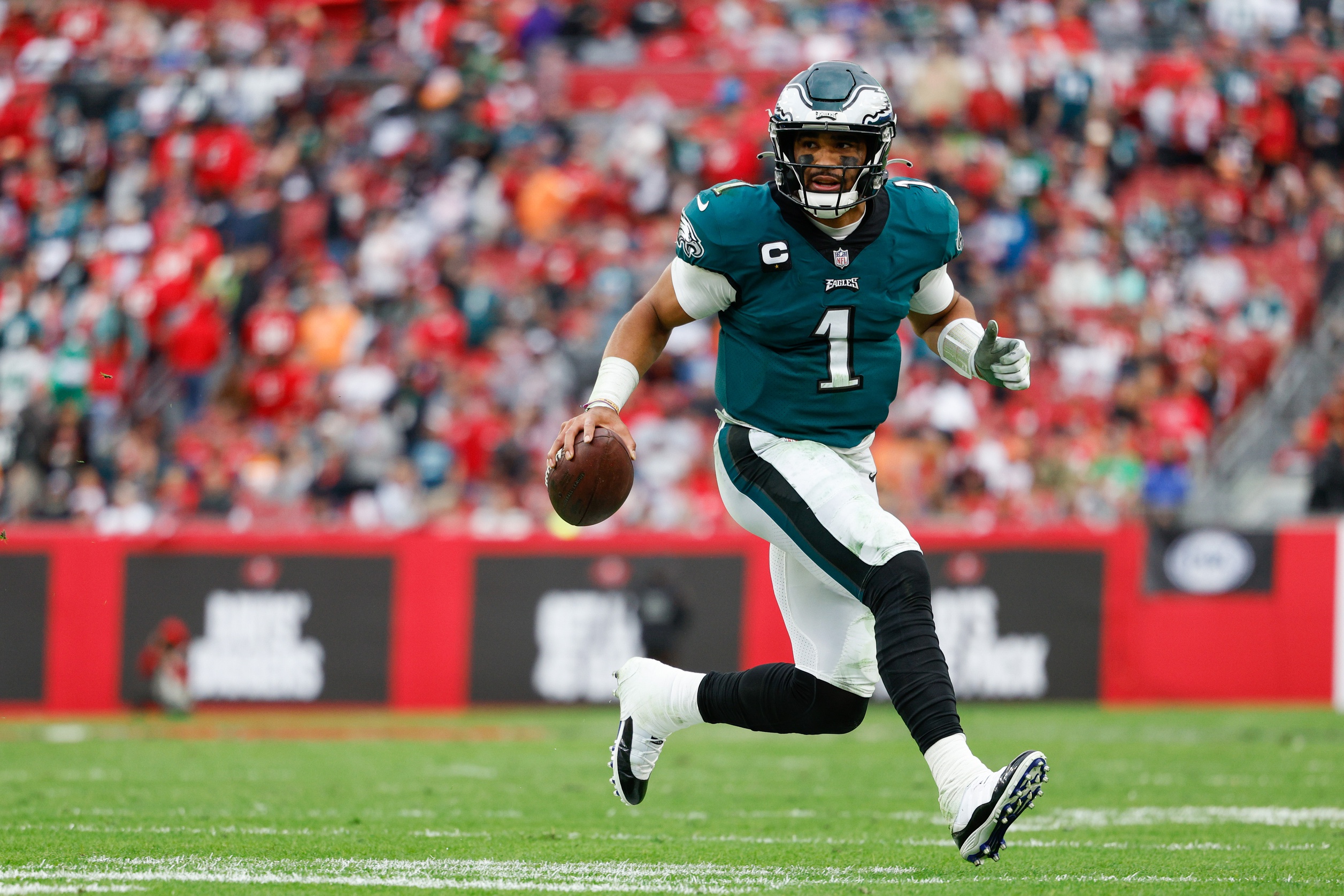 Can the Philadelphia Eagles build upon their late-season surge to be a contender?

Home » Can the Philadelphia Eagles build upon their late-season surge to be a contender?

Jalen Hurts is the X factor in Philly, but the quarterback has all the tools to reach the playoffs

It’s all about the quarterback. That axiom has never been truer, seemingly at every level of football, than it is in 2022. A team goes as far as their signal caller can take them.

There is perhaps no better example of this than the Eagles. They’re a mystery team heading into the season, mostly because no one is quite sure what they’ll get out of Jalen Hurts.

Last year, the second year QB threw for 3,144 yards and 16 touchdowns, while tossing just nine interceptions. He also rushed for 10 touchdowns. He was 8-7 as Philadelphia’s starter, helping the Eagles fly into the playoffs as a wild-card team.

When he’s good, Hurts can be dangerous. He’s a dual threat quarterback who keeps opposing defenses off balance, giving Philly’s offense a lot of dimensions to worry about.

When he’s off, however, the Eagles sputter. Their entire attack grinds to a halt when the young QB struggles.

This season, Hurts is expected to take a leap. In his second full season as the starter, much is expected of the former Alabama and Oklahoma star. Philly has surrounded him with a lot of weapons.

DeVonta Smith was terrific as a rookie. A former teammate of Hurts with the Crimson tide, the wideout posted 64 catches for 916 yards and five touchdowns. That’s a great foundation to build upon.

He’ll be joined this season by A.J. Brown, a player with unlimited potential. After three productive seasons in Tennessee, the former second-round pick is expected to put up monster numbers now that he’s escaped the Titans run-heavy offense. Philadelphia gave up a first- and fourth-round pick to acquire him.

That addition, as well as the experience factor for Hurts, Smith and head coach Nick Sirianni, should be enough to propel the Eagles to a better season than a year ago. After a 3-6 start in 2021, Philly posted a 6-2 stretch to vault into the playoffs. That’s encouraging.

Which extreme was the true Eagles? Going with the latter seems like the wise move.

Jalen Hurts is a gamer. It’d be silly to bet against him. Go with the over, as Philadelphia will be a surprise team in 2022.

This is the only season-long option that makes much sense for the Eagles. At -190 to make the playoffs, there isn’t much return. It’s tempting to hedge the over with the +170 to not reach the postseason, but that seems unlikely in a conference that is far from loaded with contenders.

Going big with a Super Bowl future is tempting. Something crazy could happen in the conference. So, a 23/2 flier to win the NFC title isn’t a terrible option. The Eagles are in the second tier, right behind the Rams, Buccaneers and Packers.

But the smartest route is taking Philadelphia to win the NFC East. After all, it’s a two-team race between Philly and Dallas. New York isn’t in the mix. Neither is Washington.

The Cowboys seem to be on a downward trajectory. They’re going to come back to the pack this season. When they do, look for the Eagles to zoom right past them.

The Eagles gave up the 18th and 101st picks in the 2021 NFL Draft to acquire the wide receiver from the Titans. They’re going to be looking for an immediate return on their investment.

Look for Philadelphia to feed the fourth year wideout early and often. And with DeVonta Smith on the other side, it’ll be difficult for opposing defenses to solely focus on Brown.

At 6-foot-1, 226 pounds, the wide receiver is a handful. He’s simply too big for most cornerbacks to deal with in man coverage. And with sub-4.5 speed, Brown can split zone defenses with ease.

As a rookie, he averaged 20.2 yards per catch. While that number is probably unattainable, something between 15.0 and 17.5 is doable. If he flirts with 100-plus catches, the math puts him in the race for the NFL lead in receiving yards.

Yes, Brown doesn’t have a proven quarterback throwing him the ball. So, this is a bit of a wager on Jalen Hurts, as well. But it’s worth a flier at 25/1.