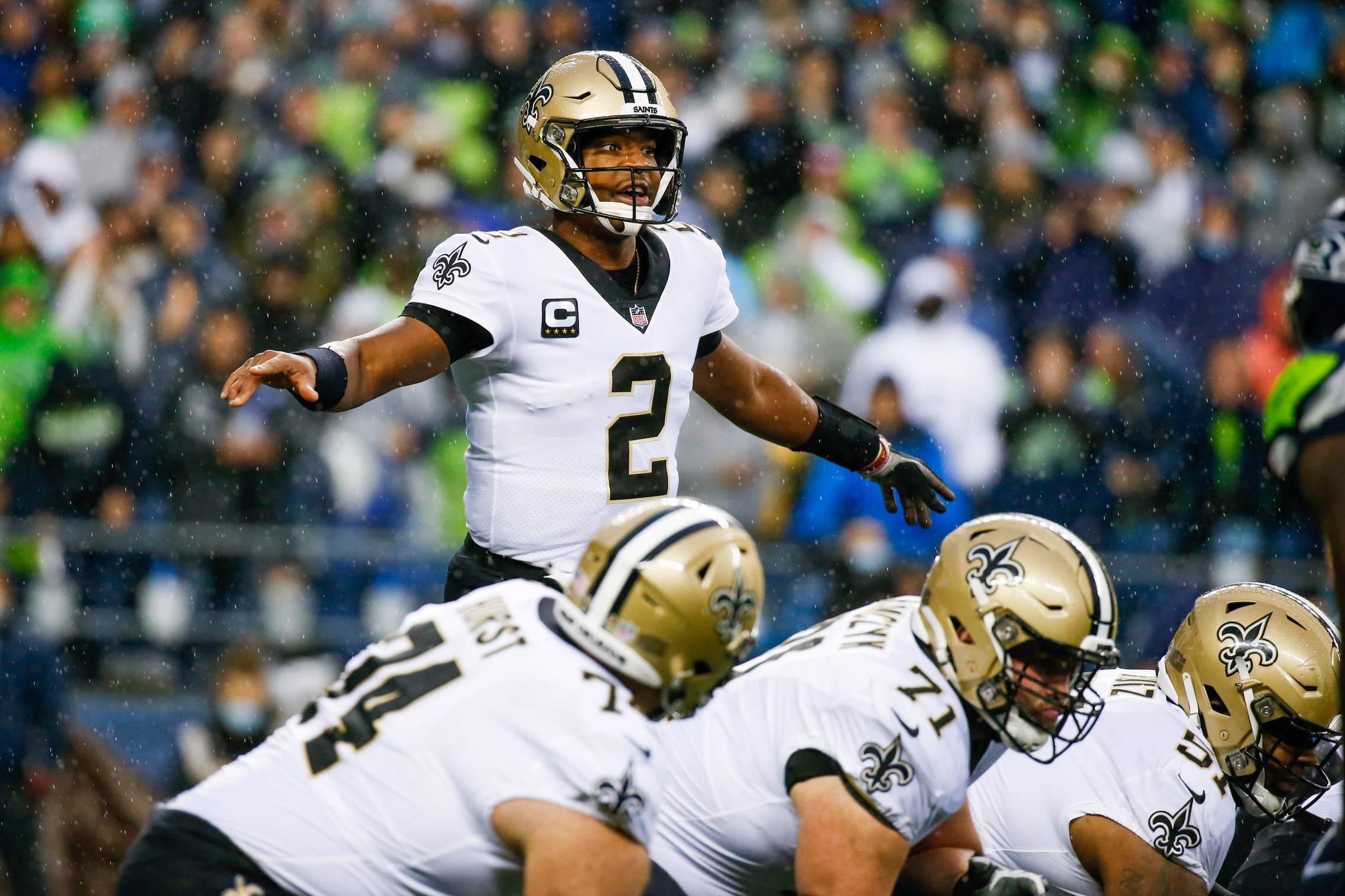 Can the Saints get back to the playoffs behind a healthy Jameis Winston?

Home » Can the Saints get back to the playoffs behind a healthy Jameis Winston?

Depending on who and what you like to read, the New Orleans Saints might have the very best defense in the entire NFL this season. You won’t find anyone who doesn’t have them ranked in their preseason top five. Last year’s defense in the bayou was a juggernaut, ranking 5th in points against, 7th in yards allowed and 4th against the run. With wave after wave of pass rushers returning, along with the additions of safeties Tyrann Mathieu and Marcus Maye (pending his most recent legal troubles), it appears the Saints are doubling down, relying on their defense to lead the way.

And to some extent that plan worked last year, the first in the post-Drew Brees era. With the always intriguing Jameis Winston as the starter, the Saints got off to a respectable 5-2 start. But when Winston went down with a knee injury, the Saints bevy of backups – Trevor Siemian, Taysom Hill and Ian Book – could only muster four more wins. Or, if you view the Saints from another angle, perhaps the defense “miraculously found” four more wins. After all, the offense once Winston went down only scored 18.8 points per game, hardly the recipe for winning in the modern NFL.

In the end, the Saints finished 9-8, making it the organization’s fifth consecutive season with a winning record.

Can they hit that mark in 2022? The number feels right, but there are two considerations in answering that question.

First, regardless of your (or the Saints) opinion of Winston, there’s no denying New Orleans looked decent prior to his injury. He’s expected to make a healthy return, and if he can stay that way, there’s no reason that the Saints – assuming the defense lives up to expectation – can’t be a winning team again in 2022. Winston, however, seems to enter every season with plenty of “ifs.”

On the flip side for the 2022 Saints is their schedule. It’s more than fair to expect them to split within the division, but outside of the NFC South, the wins aren’t so obvious. Seattle at home on Oct. 9 should be a gimmie and the Browns and Steelers (even on the road) should be wins. But from there it gets dicey.  Tough home games against the Bengals, Raiders, Vikings, Ravens and Rams are hardly a lock, while road trips to San Francisco and Philly could be challenging. The schedule suggests that nine wins won’t be a given.

Quite frankly, this isn’t an appealing bet on either side, but if you must, take the under. The reasons for betting either way are there, but somehow, 8-9 sounds more realistic than 10-7.

The funny thing about betting on a nine-win team to make the playoffs usually has more to do with how everyone else does. If the number is right – and nine feels about right – the Saints will need help to get into the postseason. A year ago, they didn’t get it. In a small sample size of just one 17-game season, nine-win teams have a less than 50 percent shot at making the postseason. That doesn’t bode well for the Saints chances.

Here’s the other thing: One must ask if or when the Saints will experience the hiccup that nearly every franchise that loses its hall-of-fame quarterback eventually finds. It’s not unusual for great defenses to carry a team after losing a great quarterback, but is it sustainable?

Take the 2016 Denver Broncos for example. Just one season after Peyton Manning’s retirement, the Broncos outstanding defense led the team to a 9-7 record (for the record, that team missed the playoffs). But then the wheels came off, sending the Broncos into a spiral of five losing seasons. Will the Saints experience a similar fate without Drew Brees? There may or may not be exact parallels, but without a franchise quarterback, things tend to get worse before they get better.

The old adage that “defense wins championships” still holds true (find the Super Bowl champ of late that had a “bad” defense). The modern game requires an offense that’s capable of playing its part, or better yet, winning enough games to get into the playoffs.

There’s no longer a guarantee that’s the case in New Orleans without Brees. Sorry Saints fans, history suggests you’re more likely on the path to rebuilding than a return to glory.

A quick tour of intriguing prop bets for Saints players is, well, pretty quick. There just aren’t enough standout skill players on the offensive side of the ball to be truly “intrigued.” Alvin Kamara is always fun to watch, but at 60/1 to lead the NFL in rushing yards, there’s little faith that his production will change much. And Jameis Winston isn’t reliable enough to bet heavily on him or any of his receivers.

But if you’re looking for some value in New Orleans, take a hard look at first year head coach Dennis Allen to win Coach of the Year. Yes, it’s a longshot, but if by chance the Saints do make it to the playoffs, it will be because Allen has done an extraordinary job. And it’s not as if he’s “new” in New Orleans. As the team’s DC, Allen helped the Saints win six NFC South Division titles, including four straight from 2017-20. The others were in 2006 and 2009. His defenses are on a 22-game streak, regular season and postseason combined, of not allowing an individual 100-yard rusher.

So, if the Saints are good, it will largely be because of their defense, and that defense has Allen’s fingerprints all over it. Allen to win Coach of the Year at 14/1? Why not.