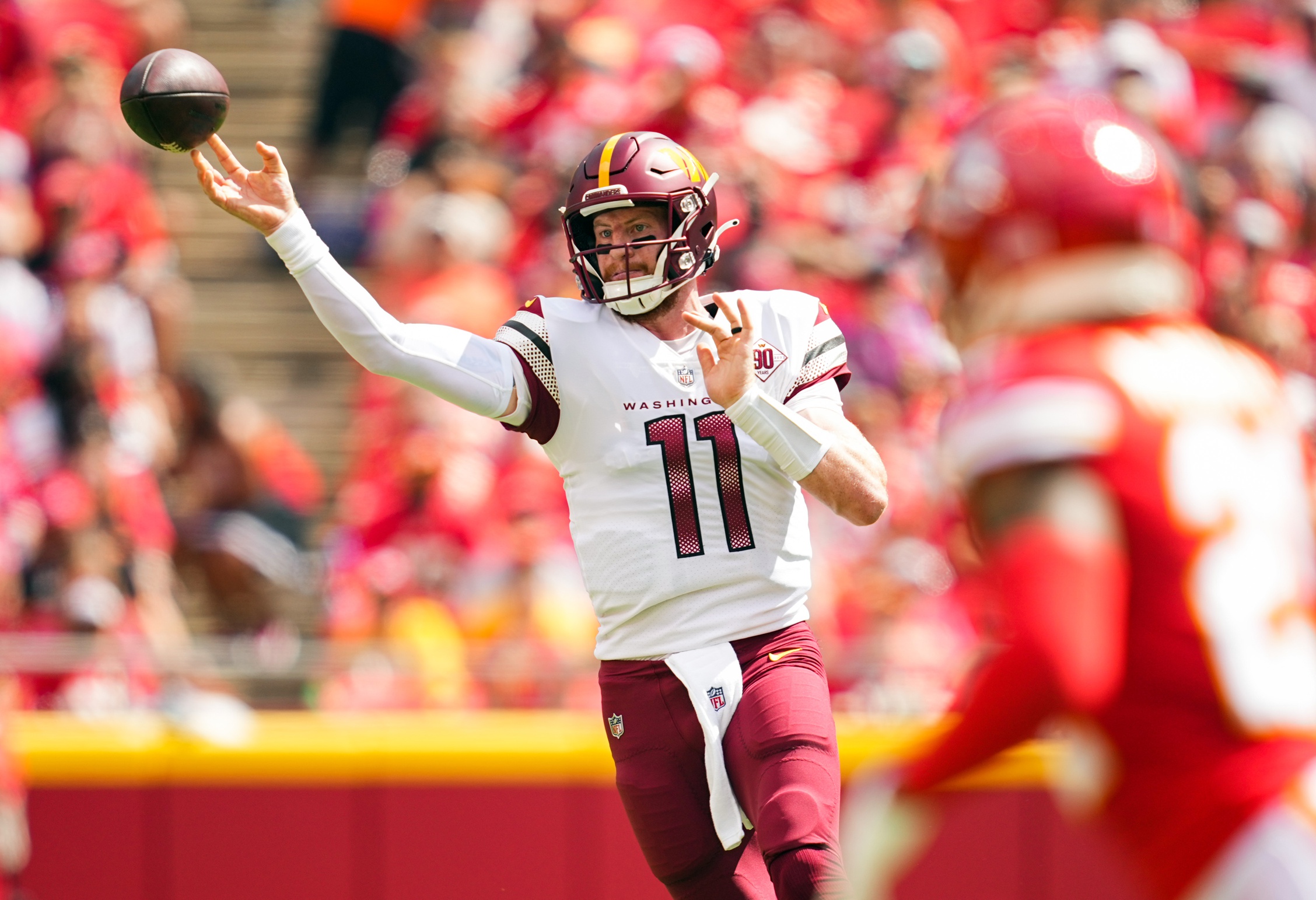 Can the Washington Commanders bring some respectability back to D.C. football?

Home » Can the Washington Commanders bring some respectability back to D.C. football?

When it comes to the Commanders, it’s difficult to come up with too many positives. This team is simply dysfunctional on so many fronts.

They’ve had three nicknames since 2019, for crying out loud. And their owner, Dan Snyder, is arguably the most-loathed person in the NFL.

That’s really the issue. Problems at the top tend to bleed throughout an organization. That’s certainly been the case in Washington. They haven’t had a winning record since 2016; even then, they were just 8-7-1.

In fact, they’ve been remarkably consistent at hitting exactly the seven-win mark, reaching that total four or the last five seasons. But the Commanders are never able to get over that number.

New quarterback Carson Wentz is on his third team in three seasons (always a bad sign). He had a disastrous 3-8-1 record as the starter in 2020 as the Eagles QB. Then, Wentz posted a disappointing 9-8 mark with a good Colts team in 2021.

Wentz and the Colts choked away a playoff berth in Week 18, losing to the hapless Jaguars 26-11. That was enough for Frank Reich and company to decide to move on. The Commanders are the latest team to think they can pull off a reclamation project with the former No. 2 overall pick.

It’s not going to happen. But it won’t entirely be Wentz’s fault.

After all, the quarterback doesn’t have a lot around him. Terry McLaurin is a fine receiver, but the cupboard is fairly bare beyond the wideout. There just aren’t a lot of stars on the roster.

Chase Young is the best player on the roster, but the defensive standout will start the season on the PUP list. He’s expected to miss the first four weeks of the season.

Ron Rivera is a respected coach, but he has too many things working against him in Washington. The Commanders will be lucky to hit their standard seven wins. Take the under.

If you must look at a Washington future, hit them to miss the postseason at -250. Head coach Ron Rivera is well liked and a great story, but the dirty little secret is he has a losing record in eight of his 11 seasons as an NFL head coach, including the last four. Two of those came with the Panthers and two with Washington.

The Commanders aren’t making the playoffs with one of their brightest stars, Chase Young, on the sidelines for the first four games of the season. Throw in home games against Tennessee, Green Bay, Minnesota and Cleveland, plus road trips to Indianapolis and San Francisco, and this schedule is sneaky hard. Washington won’t be in the postseason mix, even if the NFC East is its usual mediocre self

There’s really not a player prop to like on this team. Young at 30/1 to win DPOY was the juiciest, until the news he’d be out at least four games.

Instead, since it’s hard to trust Wentz, shift the focus to Antonio Gibson to lead the NFL in rushing yards at 40/1. The Commanders will have to feed him the rock; he averaged a solid 4.7 yards per carry in 2020 and a respectable 4.0 YPC in 2021. He also topped the 1,000-yard mark last season, going for 1,037 and seven touchdowns.

If Washington has any hope of contending, the third-year pro out of Memphis will have to take another big leap and be the star of their offense. It’s worth a shot to find out.