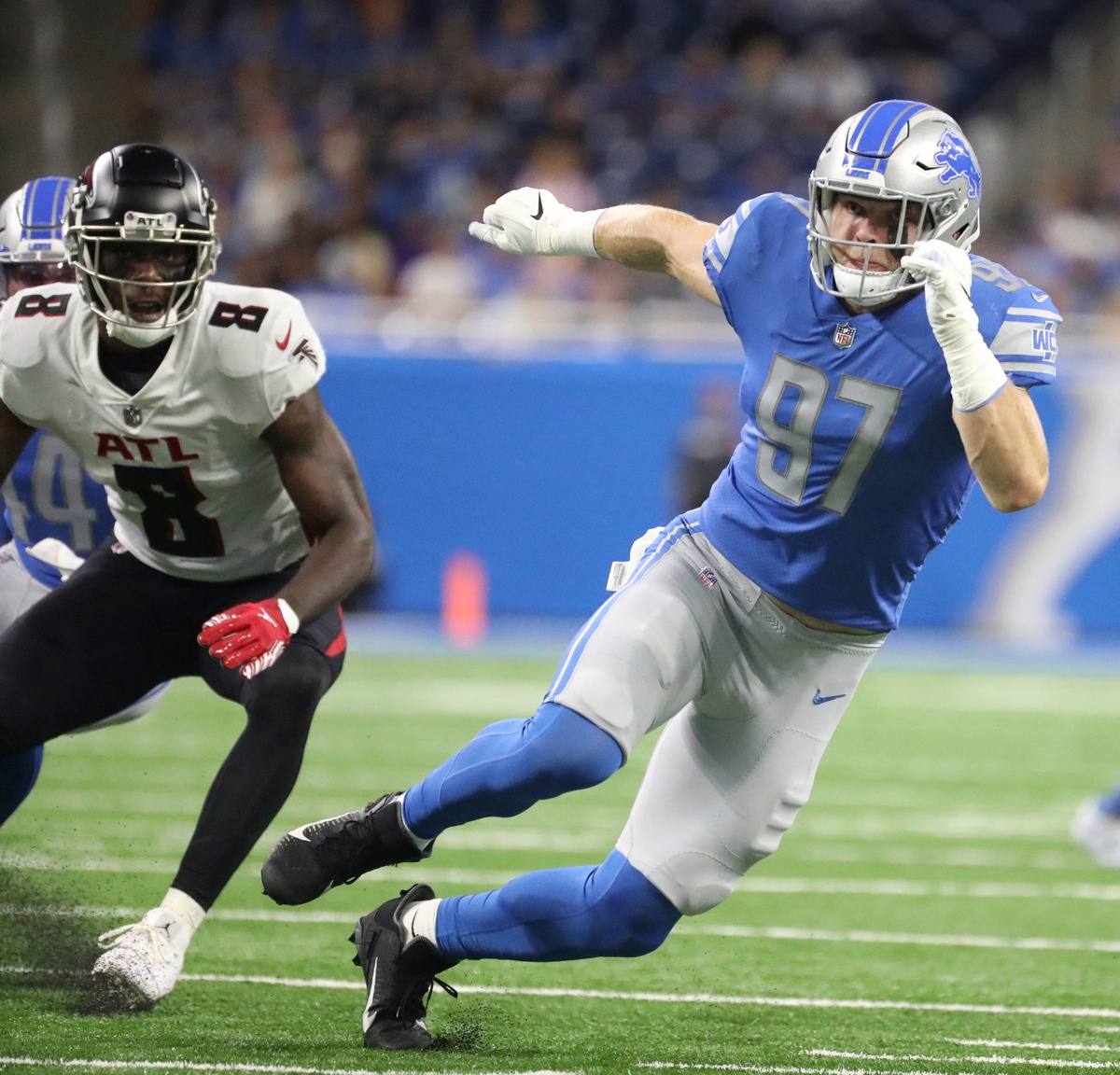 Is this finally the year that the Detroit Lions turn things around?

Home » Is this finally the year that the Detroit Lions turn things around?

Is this the year? Do the Lions finally turn things around in 2022?

Fans in Detroit have been asking those types of questions for what feels like decades. They continue to hope that their beloved team will awake from their never-ending slumber. This season is no different.

Dan Campbell is an energetic head coach. He’s easy to root for, as anyone who is watching “Hard Knocks” this summer will attest. But is he the right guy to fix things in the Motor City?

He has a tall order in front of him. There’s a lot of history working against him.

Detroit has finished last in the NFC North in each of the last four seasons and the Lions didn’t win more than six games in any of those seasons. They’ve been an NFL laughingstock for longer than that, however, having not won a playoff game since 1991; that’s more than three decades ago.

But this season is going to be different. While the Lions might not be a playoff team, they are capable of winning seven, eight or nine games.

Their division offers a couple of winnable games, as the Bears are not going to be very good. The Vikings are a mystery, so they could steal one there. And the Packers are probably a pair of losses once again.

Outside of the division, Detroit draws the AFC East and the NFC East. That’s a good break, as both divisions have holes. The Lions could snag a couple of victories against the Cowboys, Eagles, Giants or Commanders. They could also knock off the Jets or Dolphins.

Their final three games are also winnable. Detroit could be Carolina, Jacksonville or Seattle. Maybe two. Maybe all three.

The path to seven or more wins is there. Beat Chicago twice. Knock off both New York teams. Beat Washington or Miami. Then, get two out of three against the Panthers, Jaguars and Seahawks.

At some point, the worm has to turn in Detroit. Why not this season?

The NFC is not a powerhouse this year. So, it wouldn’t be a total shock if the Lions somehow made the playoffs as the No. 7 seed at 9-8. That side is where the value resides with Detroit.

Yes, the Lions haven’t made the playoffs since 2016. Granted, there’s very little chance of them winning a division that includes the Packers. But a wild-card berth isn’t a crazy idea.

Detroit has a very favorable schedule. They could galvanize around Dan Campbell’s rah-rah ways. So, it’s time to be positive.

The Lions can make the postseason. Why not?

One of the main reasons that the Lions franchise is looking up is because of their first-round pick in 2022. Aidan Hutchinson was taken No. 2 overall, as the hometown hero fell into Detroit’s lap.

In his last year at Michigan, Hutchinson had 62 total tackles, 14 sacks and two forced fumbles. His 14 sacks led the Big Ten and placed him third in all of college football.

Not surprisingly, Hutchinson is the favorite to win Defensive Rookie of the Year. He is a generational talent with as much potential as a player could have.

At 9/2, this is a fantastic future. It’ll be a major upset if Hutchinson doesn’t walk away with this honor.