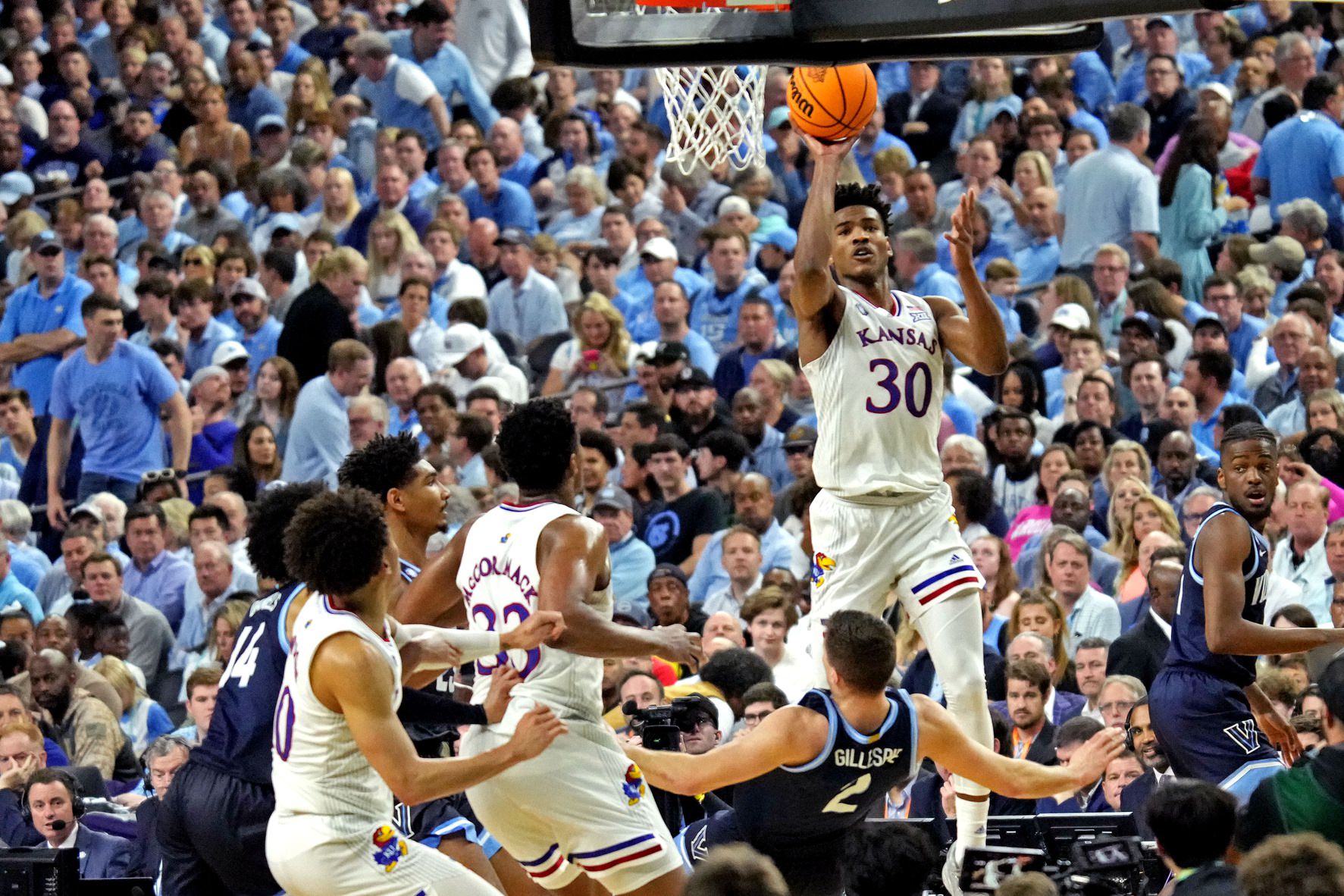 In a battle of titans, Kansas appears to be too powerful for North Carolina

Home » In a battle of titans, Kansas appears to be too powerful for North Carolina

North Carolina has been a remarkable story. Hubert Davis leading his team to the NCAA Championship Game in his first season as the Tar Heels head coach is amazing. Making it there as a No. 8 seed is even more impressive.

He and his team will be trying to make history tonight. They can match Villanova in 1985 as the lowest-seeded team to win a national title. In order to do so, however, they’ll have to get through a stellar team, just like the Wildcats had to back in the day.

Rollie Massimino’s upstart squad had to get past a Patrick Ewing-led Georgetown team. Davis and Company will have to upset a Kansas team that is firing on all cylinders.

The Jayhawks have won 10-straight games. In the NCAA Tournament, they’ve bested their opponents by an average of 16.2 points. They’ve been cruising through the field, including their Final Four matchup on Saturday night.

Against Villanova, Kansas led wire to wire. The Jayhawks did so by leaning on their star players, as Ochai Agbaji and David McCormack combined for 46 points. Agbaji has been doing it all season long, as the guard is averaging 18.9 points per outing. Meanwhile, McCormack has become a newfound force on the inside, as teams have had few answers for the 6-foot-10, 250-pound forward.

On paper, tonight’s game is a bit of a mismatch. After all, there’s a reason why Kansas was a No. 1 seed, while North Carolina was an eight. But the way the Tar Heels have played in the tournament, including wins over Baylor and Duke, has skewed the number.

It’s two of the most-storied programs in the history of college basketball squaring off on the biggest stage in the sport. The better team is the better value tonight.