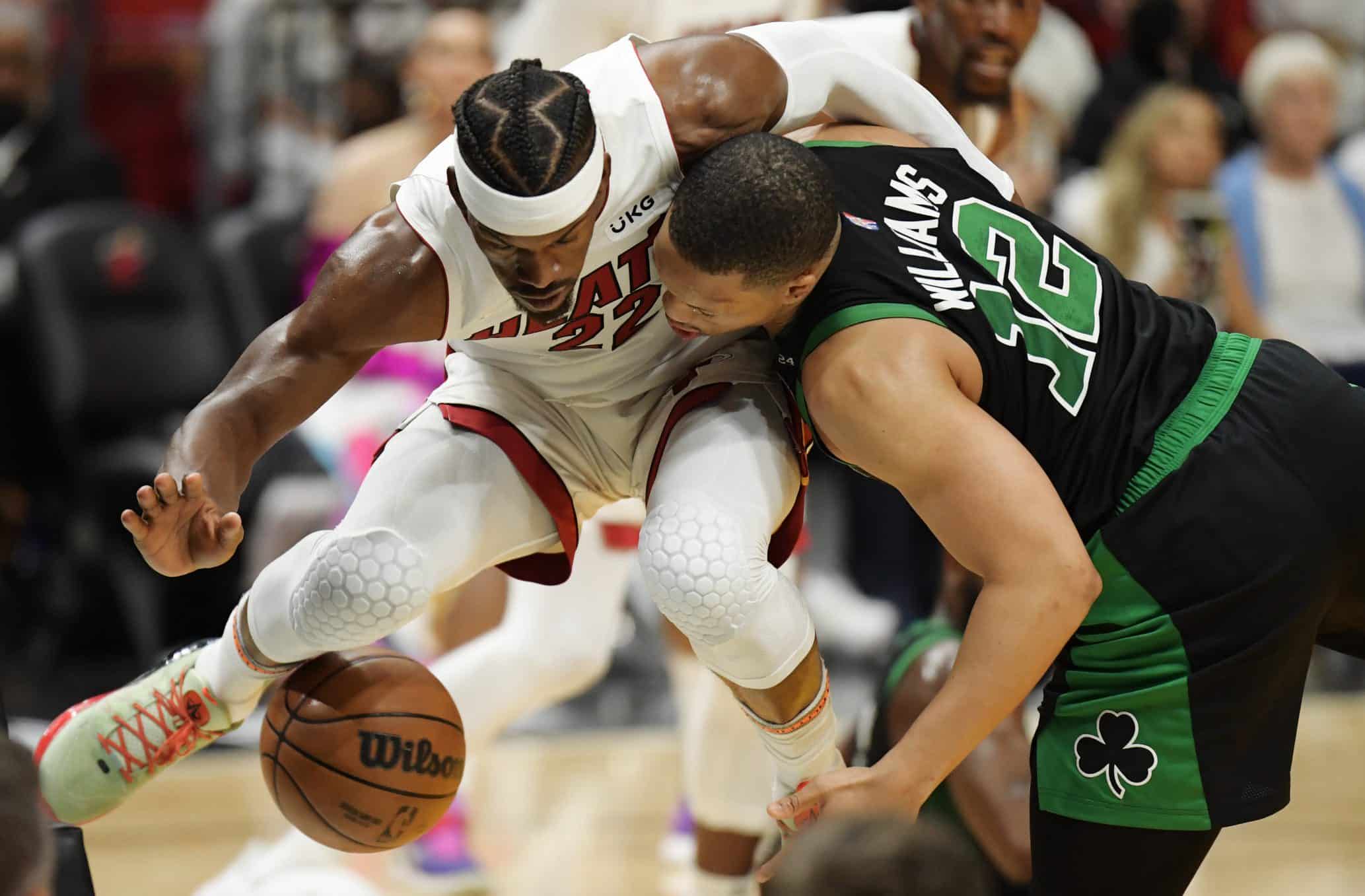 Luck of the Irish

Home » Luck of the Irish

To say that “all signs point toward Boston” – even though they’re the favorite – would be incorrect. The signs for most game 7s, in fact, are rarely conclusive, which is exactly how a series ultimately arrives at everyone’s favorite occurrence in sports: Game. Freaking. Seven.

Tonight’s matchup between the Celtics and Heat feels as if it was meant to be. In a series that has been anything but predictable, going the distance to a decisive Game 7 feels right. But who will win? From the outset, Boston has “felt like” the best team in the series. They’ve got more stars, they’re healthier (especially now), they were hotter down the stretch. But Jimmy Butler has been Miami’s X-factor. His 47 points, 9 rebounds and 8 assists were the difference in Game 6. If not for Butler, the Heat would already be enjoying summer on South Beach.

Can Butler – a bruised and battered Butler – replicate that kind of performance? It would take a Herculean effort, but that seems to be the question one must answer in order to place a responsible wager on tonight’s game. More than likely, that’s what it will take for a Miami win – even at home.

Some additional food for thought: Boston is 2-1 on the road this series, so clearly, playing in Miami hasn’t rattled the Celtics. They’re 6-2 in the playoffs overall, so they’re a solid road team in general. Historically, Boston is 25-9 all-time in Game 7s. Perhaps the basketball gods look favorably on the Green and White. This year, they’ve already played in two Game 7s. They’ve been a team that’s kept it interesting; that’s not typically a good thing, but to some extent they’re battle tested. They beat Milwaukee in Game 7 by 28 points. And let’s not forget about the Mavericks-Suns Game 7, perhaps indicating that there’s some kind of odd Karma taking place in the NBA universe this season.

Additional nuggets that may or may not sway you toward Miami: The home team in the history of NBA Game 7s is 110-34. That’s a high hurdle for any road team. Furthermore, the Celtics as an organization haven’t exactly been clutch of late. Since 2010, when they went to the NBA Finals, they’ve played in five games with a chance to advance – and they’re 0-5.

Perhaps a stat that’s most interesting – and telling – is that as of about 10 a.m. Eastern Time, about 69% of the public is betting on Boston -2.5. Clearly the public believes, and probably wants, the Celtics to win. If you’re into NBA conspiracy theories, you’d best believe the ideal Finals matchup for the Association is a Golden State-Boston series. Two huge markets. Two legendary franchises. Stars at every position on the floor. It would be a TV ratings bonanza, not to mention the best matchup in terms of Xs and Os.

But Vegas wasn’t built on past stats or the intelligence of the public. And that’s why a Boston moneyline pick is the way to go tonight. Would a Celtics win with a Miami backdoor cover really surprise anyone?

In this kind of series, that would be the perfect ending.