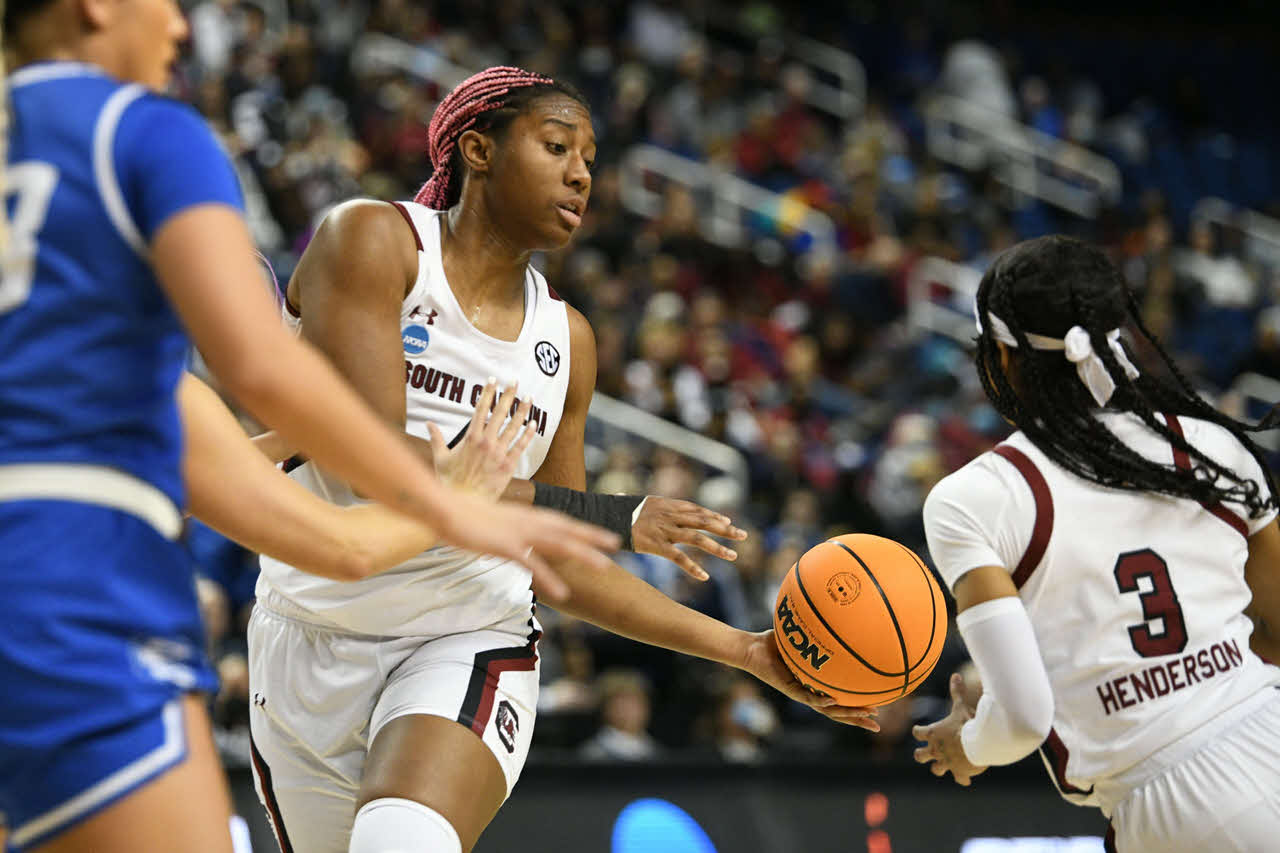 The Women’s Final Four gets underway tonight in Minneapolis. The opening act sees two No. 1 seeds square off, with Louisville (29-4) facing South Carolina (33-2).

Many have had the Gamecocks as the favorite to cut down the nets throughout the season. They’re now two wins away from reaching that goal.

It won’t be easy, however. The Cardinals have been stellar in the NCAA Tournament, winning their four games by and average of 16.75 points. No opponent has stayed within 10 points of them.

So they’re certainly up to the task. But it’s a tall one.

South Carolina has absolutely rolled through their four games to the Final Four. They beat Howard 79-21 in the opening round, followed by a 49-33 victory over Miami. North Carolina kept it relatively close in a 69-61 game, but Creighton got rolled by a 80-50 count in the Elite Eight.

The Gamecocks can score, averaging 71.1 points per game. And they can defend, giving up just 50.5 per night.

Aliyah Boston will be the player to watch for South Carolina. She leads the team in scoring (16.8) and rebounding (12.2). Van Lith (14.5 points) will have to match her point for point on Louisville, while Emily Engster (9.3 rebounds) will have to find a way to keep her off the glass.

It’ll take career nights from the Cardinals best players to have a chance. That’s a lot to ask. South Carolina will reach the National Championship Game.