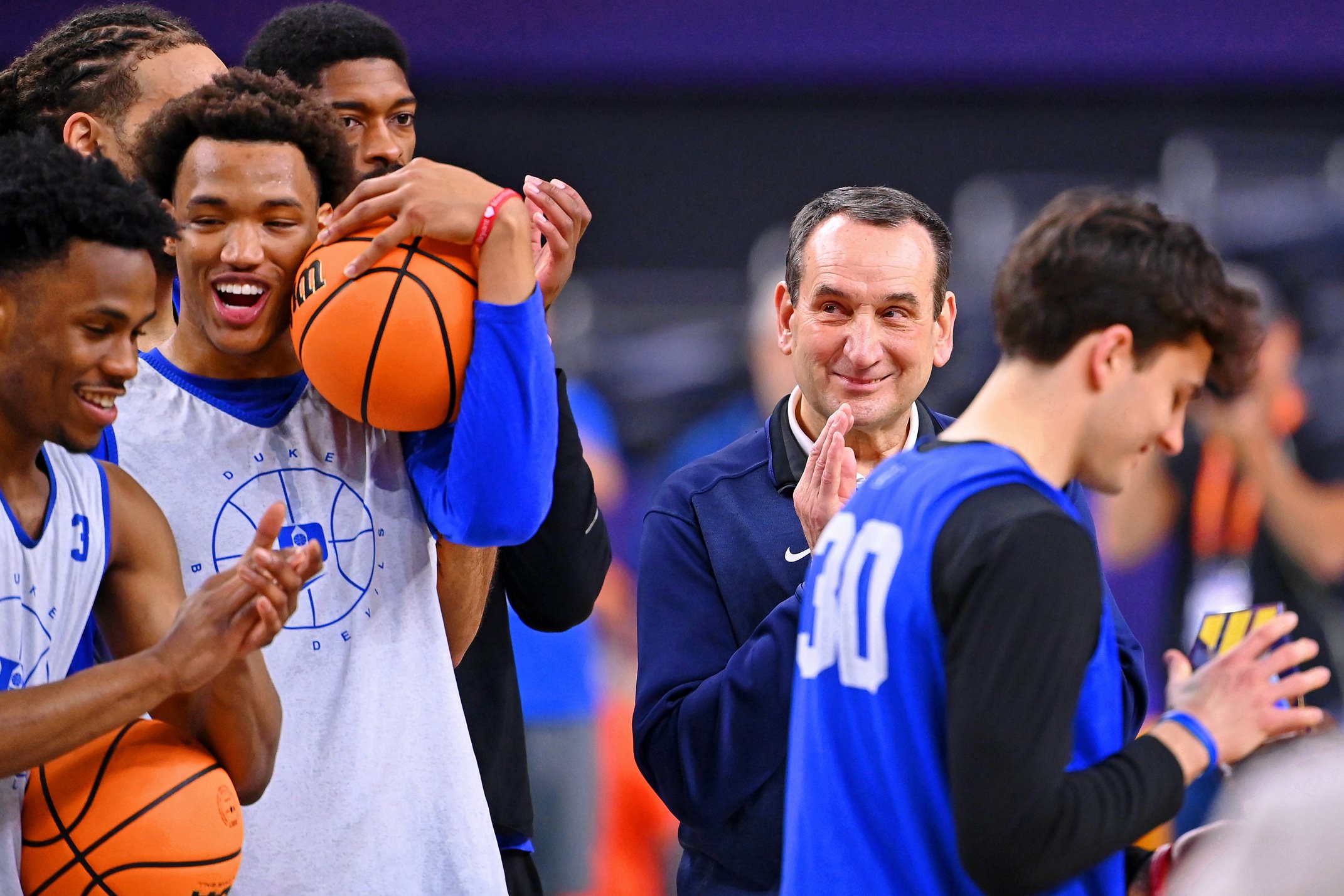 Superdome Showdown! Coach K moves on, but by how much?

Home » Superdome Showdown! Coach K moves on, but by how much?

This is the one we’ve all been waiting for. Coach K’s swan song. Hubert Davis’ miraculous run. The rivalry. Two true blue bloods vying for the right to play for a(nother) national championship. What’s not to love?

Here’s one suggestion: The line. Minus 4? No hook? Gulp.

That’s not to say Duke may not win this game. If you’re a believer in “the story” – the storybook ending, the legend of Coach K, One Shining Moment, all that stuff – then you’re not likely to bet against any of that tonight. But it also feels like this one could be close – as in razor thin from start to finish. A rivalry of this magnitude on a stage this big has all the makings of a game for the ages.

And that’s why Duke winning by four should make anyone nervous.

Consider that the Tar Heels beat the Blue Devils in Cameron Indoor 94-81 on March 5. That stage wasn’t quite this big, but it certainly wasn’t the way the script was written for those who were hoping for a joyous going away party for Mike Krzyzewski. Hubert Davis and his team didn’t get that memo, that’s for sure.

Plus, North Carolina is on a magical run, already beating two teams (No. 1 Baylor and No. 5 UCLA) that the Heels weren’t supposed to. Amidst all the pomp and circumstance, could Duke be next? It’s not as if Duke has been dominant through the tournament either. The Blue Devils have not won a tournament game during their run by more than 10 points since defeating CSU Fullerton in the first round by 17.

This one is simply too close for comfort. Whether you think Coach K advances, or believe UNC spoils his party, this one feels as if it will come down to the wire. Take the Tarheels and the points just to be safe.