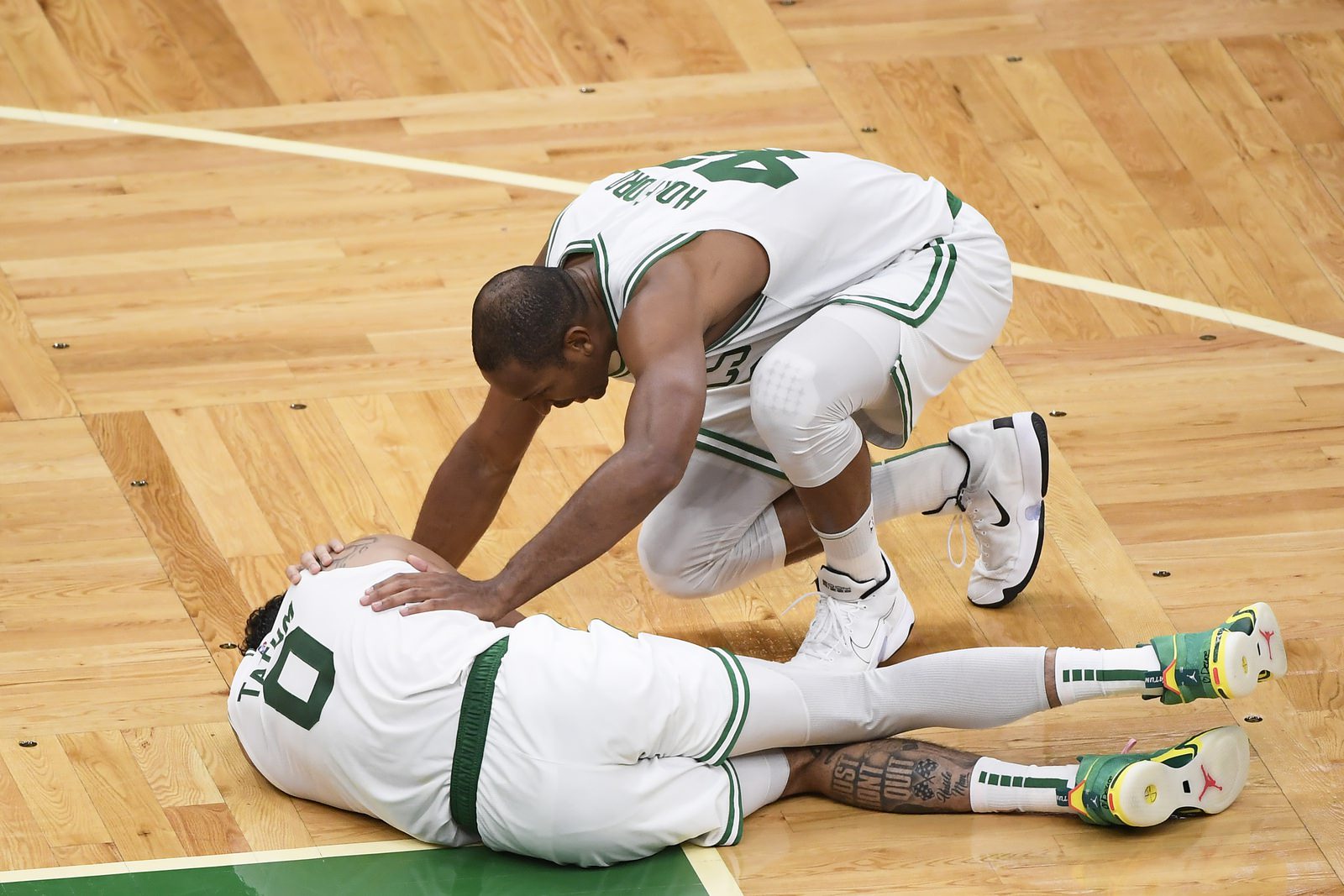 The Eastern Conference Finals are turning into a battle of attrition, with Boston unwilling to go away

When backed into a corner, the Celtics have been as good as any team in the playoffs. Four different times, they’ve lost a game, only to bounce back with a win. They’ll need to do it again on Monday night.

If Boston loses Game 4, which would put them in a 3-1 hole heading back to Miami, this series is over. They aren’t winning three-straight games, two on the road. So they have to even up the best-of-seven tonight.

In order to do so, the Celtics will need a better performance from their star. Jayson Tatum disappeared in Game 3, scoring just 10 points on 3-of-14 shooting from the field. Despite getting 40 from Jaylen Brown, 20 from Al Horford and 16 from Marcus Smart, Boston couldn’t pull off the comeback with their best player struggling to that extent.

Tatum is averaging 26.9 points per game in the postseason. Thus, it stands to reason that he’ll bounce back in Game 4.

While Tatum is a big factor in tonight’s game, injuries will play a larger role. Both teams aren’t quite sure who will be on the court.

Jimmy Butler missed the second half of Game 3 due to swelling in his right knee. If he can’t go, that’s a huge blow to the Heat. Miami was also without Tyler Herro down the stretch after the NBA’s Sixth Man of the Year suffered a groin injury. These two stars are joined by Kyle Lowry, Max Strus, Gabe Vincent and P.J. Tucker on the injury report.

Boston isn’t without their own question marks. Tatum has a stinger, Marcus Smart is dealing with a sprained ankle and Robert Williams III missed Game 3 due to a swollen knee.

Playoff basketball is often a battle of attrition. That’s clearly the case in the Eastern Conference Finals.

Assuming Tatum plays, however, the Celtics will continue their familiar pattern. They’ll follow up a postseason loss with a series-saving win.