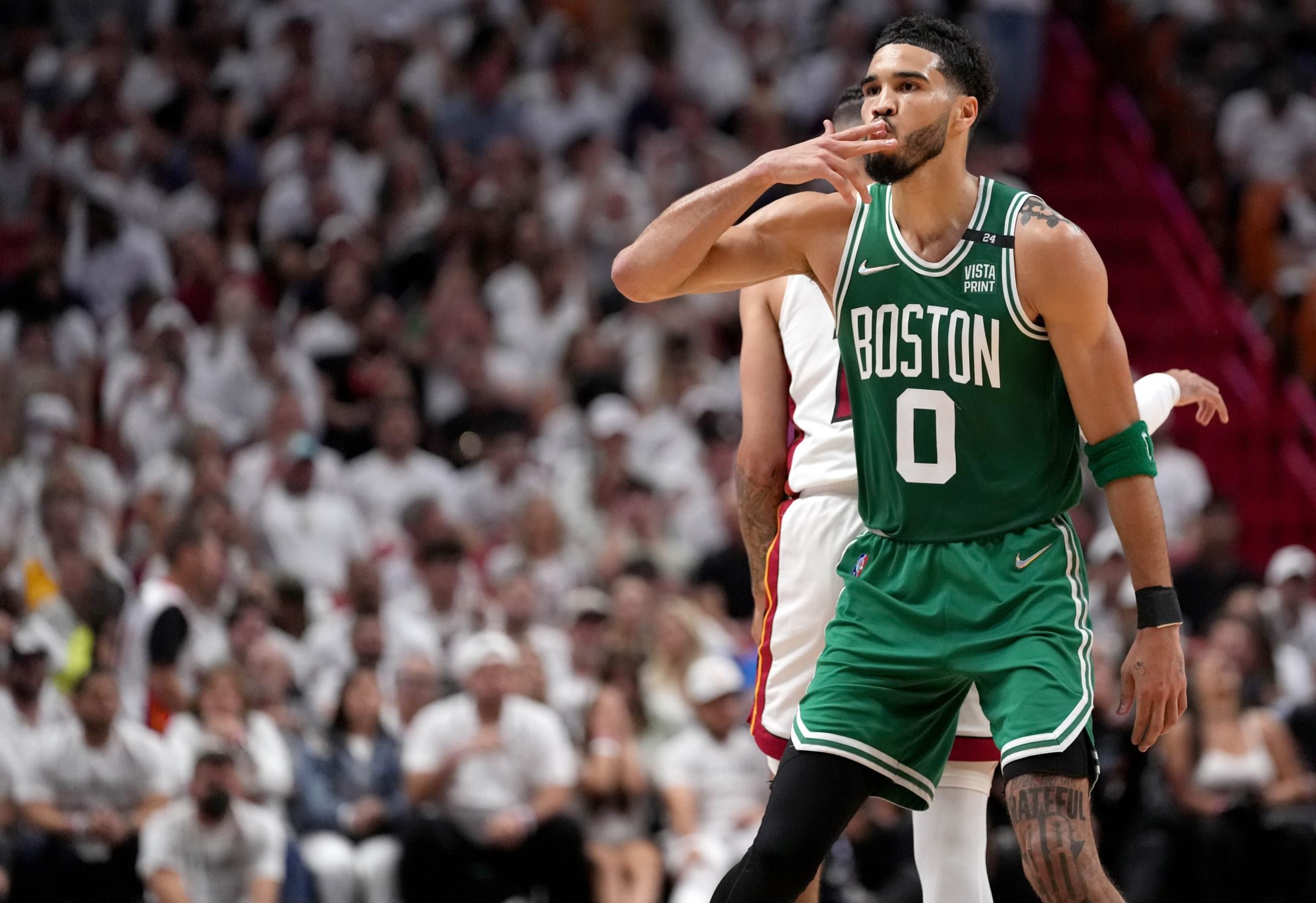 As they did in the previous round, the Celtics will answer the bell after a playoff loss

Don’t count out the Celtics. That’s what everyone should’ve learned in the last round of the playoffs.

Against Milwaukee, the defending NBA champions, Boston rallied from 1-0, 2-1 and 3-2 deficits. Each time they trailed in the series, the Celtics were able to get the win they needed to even things up.

That 3-0 record after a postseason loss comes into play tonight. The Heat won the opener in the best-of-seven, taking advantage of an opponent that was drained after a Game 7 win to advance.

Tonight, it’ll be a different story. Miami will see the Boston team that had success against them during the regular season.

Prior to this series, the Celtics were 2-1 against the Heat this year. Included in that record was a 95-78 win in Miami.

In other words, Boston matches up well in the series. Game 1 could serve as an aberration, a predictable outcome given the circumstances.

Jayson Tatum will have to carry the Celtics if they’re going to even things up tonight. Boston’s star has been on a tear in the playoffs, averaging 28.3 points, 6.1 assists and 5.8 rebounds per game. He’s putting his name on a short list of the best players in the NBA in the process.

Lesson learned. Go with Boston tonight, as they’ll get back into the series.