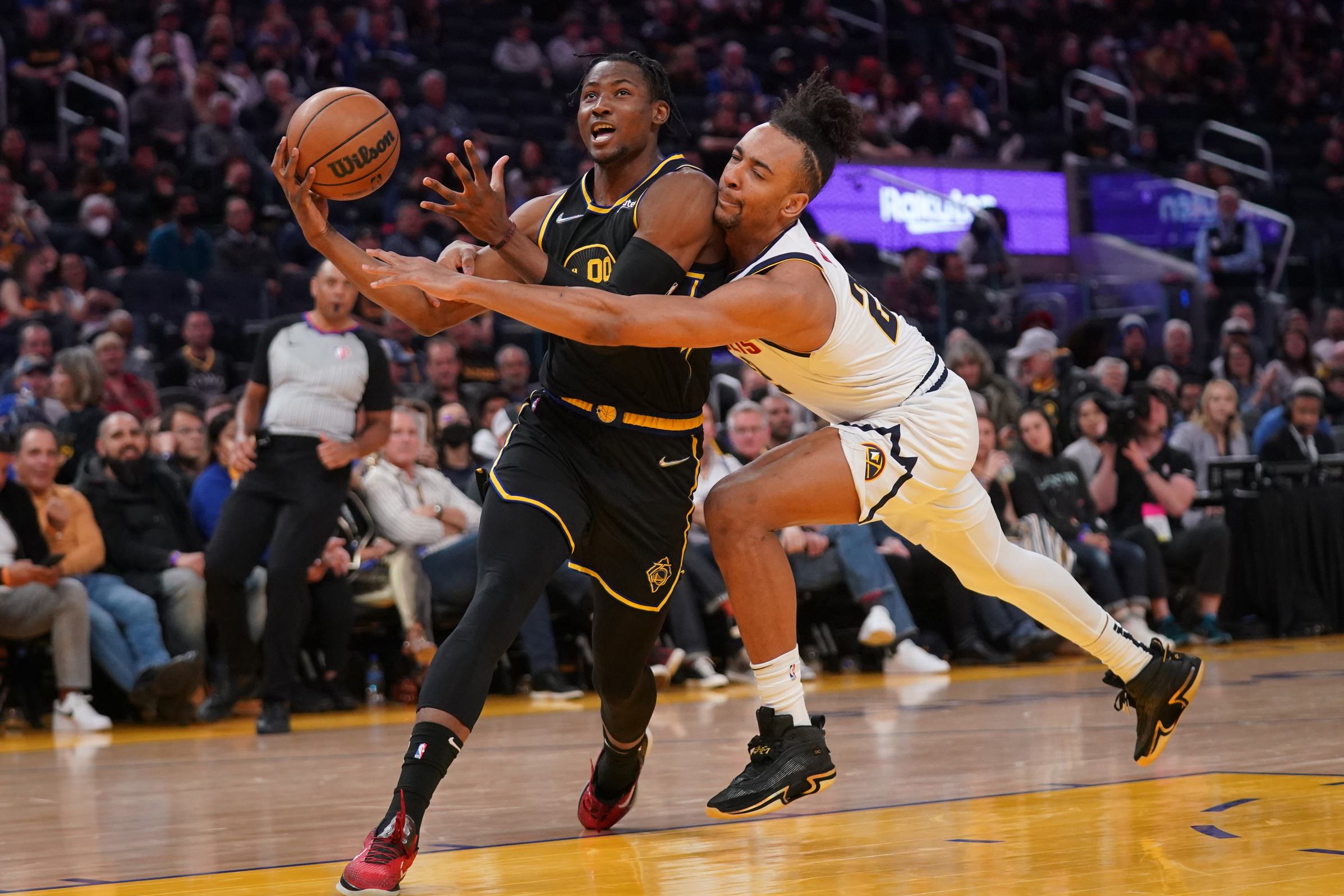 Game 1 of this series wasn’t as close as the score would indicate. And 123-107 looks like a blowout.

The Warriors used a huge run at the end of the second quarter to blow the game wide open. The Nuggets never seriously threatened again.

Tonight, Denver will try to stay in the series. If the Nuggets go down 2-0, it’s over; they aren’t going to win four out of five games.

In order to do so, the Nuggets need to find an answer for Jordan Poole and Klay Thompson. Poole was 9-of-13 from the field on Saturday night, including 5-of-7 from behind the three-point line, for a game-high 30 points. Thompson was 7-of-15, with five three-pointers of his own, for 19 points.

All in all, the Warriors hit 16 threes in Game 1. The Nuggets made only 11. Both teams attempted 35. That’s a 15-point swing that Denver has to close.

In addition, the Nuggets have to get to the foul line. On Saturday night, the Nuggets shot just 13 free throws. The Warriors attempted 29. That’s another huge discrepancy that has to be corrected in Game 2.

The Nuggets also surrendered 40 points off of turnovers and offensive rebounds. They can’t afford those kinds of mistakes on the road.

The recipe is there. Defend the perimeter better, be more aggressive offensively, take care of the ball and clean up the glass.

If the Nuggets can do those things, they’ll keep Game 2 close. And they might stay in the series.