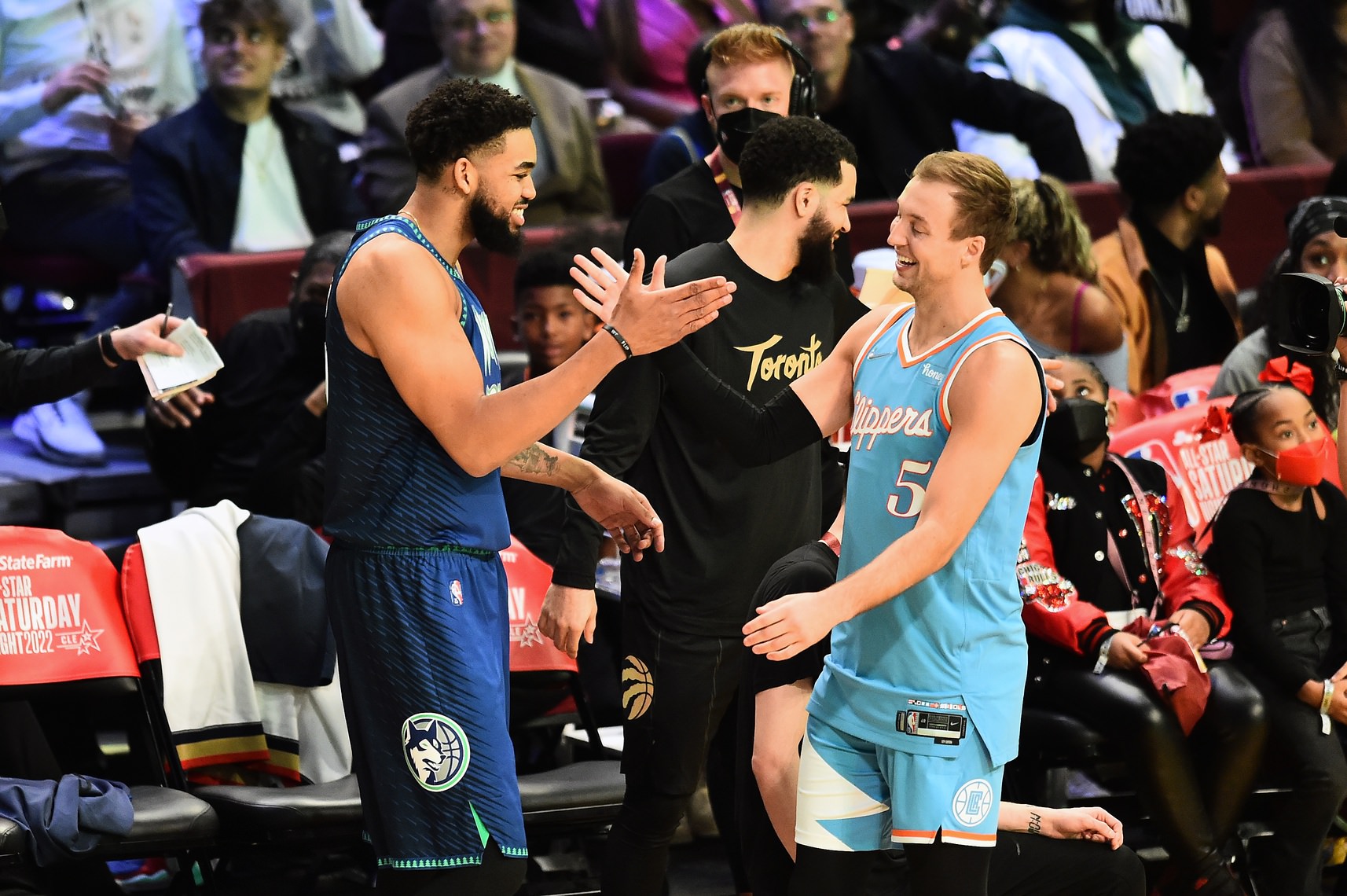 The Minnesota Timberwolves have more star power than the L.A. Clippers

Home » The Minnesota Timberwolves have more star power than the L.A. Clippers

While the play-in game between the No. 7 and 8 seeds isn’t technically a “must-win,” as the loser gets to play the winner of the 9-versus-10 game, it feels like it this year. Why? Because winning and getting the No. 7 seed in the playoffs is much better than getting the No. 8 seed with a win over the 9-10 winner.

The No. 7 seed will face Memphis is the first full round of the NBA Playoffs. The Grizzlies are good, but they aren’t great. Plus, they’ll be trying to work Ja Morant back into the fold; that might cause a few hiccups along the way.

The No. 8 seed, on the other hand, will draw Phoenix in a seven-game series. Good luck against a Suns team that posted the best record in the NBA during the regular season, by a wide margin.

So there’s a lot at stake when the Clippers visit the Timberwolves in tonight’s nightcap. It’ll be a doozy on TNT.

Los Angeles enters the game red hot, winning its last five games of the regular season. Four of those victories came at home, however. And almost all of them came against either non-playoff teams or teams resting their stars.

Minnesota scuffled a bit down the stretch, losing two of its last three games. Both of those losses came at home, as the Timberwolves seemed to run out of gas down the stretch, as they tried to overtake Denver for the No. 6 seed in the West.

This one comes down to the stars. And in an unusual flip of the script, L.A. won’t boast the biggest names in a playoff game.

Karl-Anthony Towns will be the best player on the floor. He led the Timberwolves in points (24.6) and rebounds (9.8) this season. Anthony Edwards might be the second best. The second-year shooting guard is blossoming into a legit star.

At home. A lot on the line. The two best players on the court. Go with Minnesota.