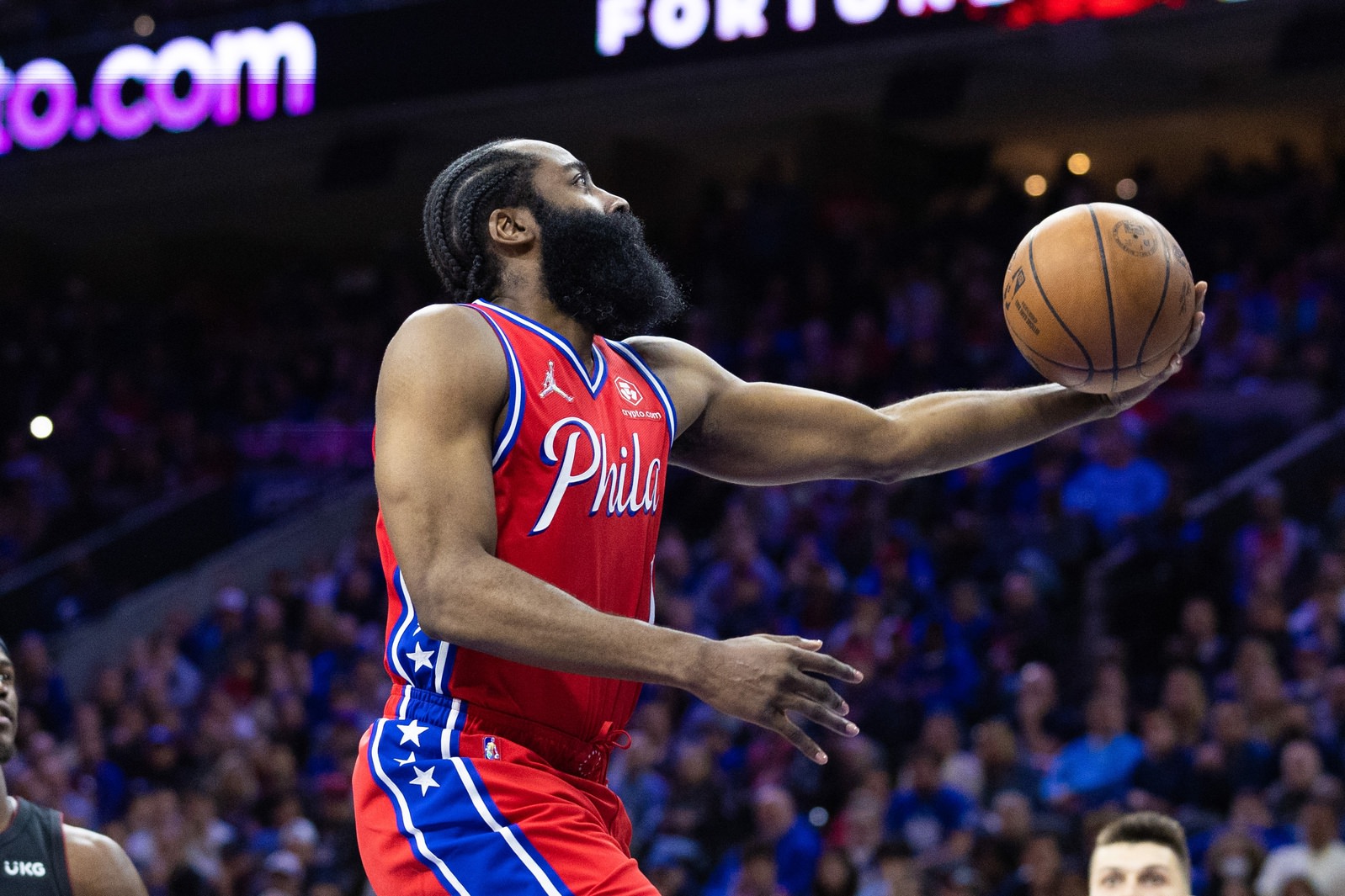 The home team has yet to lose in the best-of-seven, a trend that will continue tonight

“A series doesn’t start until the home team loses a game.”

If the old adage is true, this best-of-seven hasn’t even begun. Through the first five games, both the Heat and 76ers have held court.

Last time out, it was in decisive fashion. Miami won what many considered the pivotal Game 5, blowing out Philadelphia by 35 points. History shows that they now have an 82 percent chance of winning the series.

But the Sixers won’t go away quietly. They have too much talent to be an easy out.

With Joel Embiid back in the lineup, Philly was able to win the first two games at Wells Fargo Center. That even the series at 2-2.

They’ll be confident heading into tonight. And they won’t fear a trip back to South Beach for Game 7.

James Harden (14 points on 5-of-13 shooting) and Tyrese Maxey (nine points on 2-of-10 from the field) will have to be better tonight that they were on Tuesday. Embiid needs some help. Both have been different players at home in the series.

It’s not a big line tonight, but it is leaning toward the 76ers. It’s tempting to take the number, but play it safe just in case the game is a nail biter.