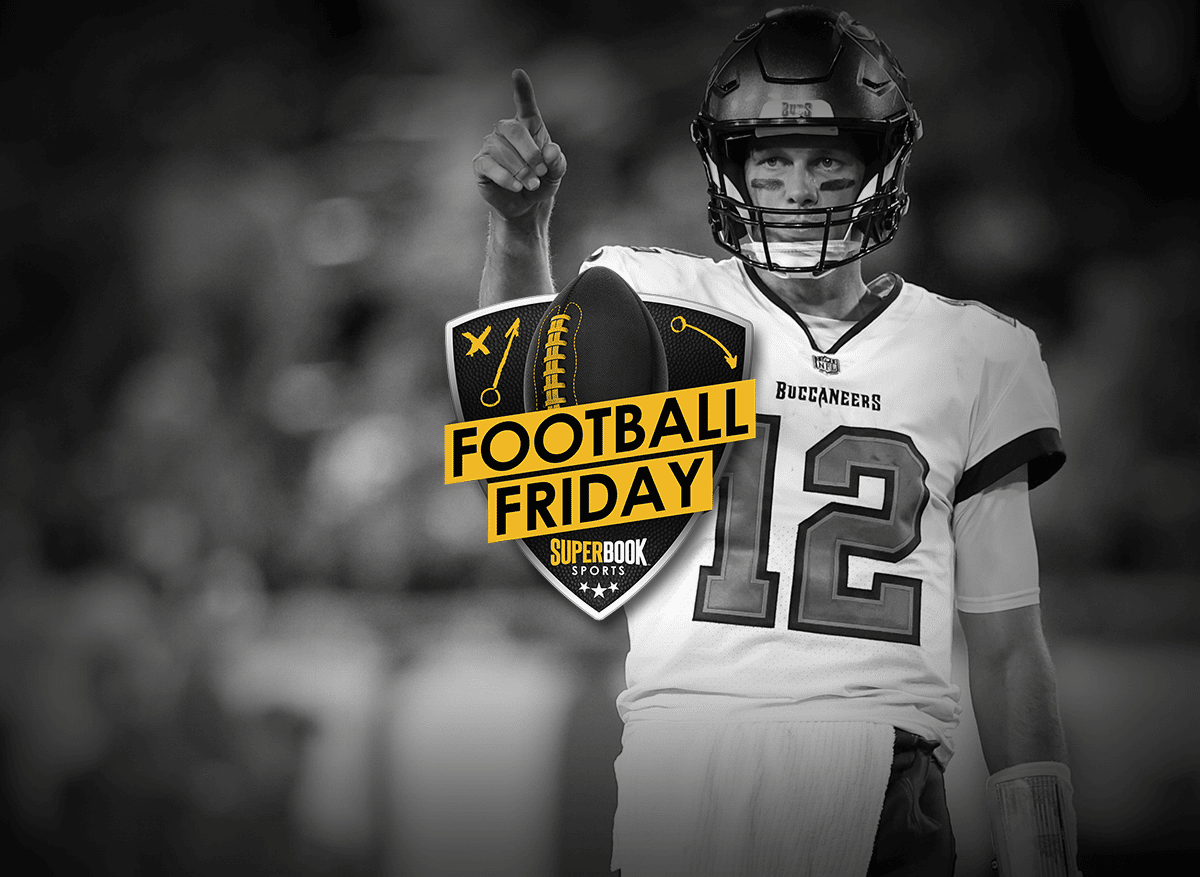 Through four weeks of the regular season, the Atlanta Falcons have the same record as the Tampa Bay Buccaneers. Marcus Mariota and Tom Brady are currently tied in the NFC South. It’s a crazy reality to process and one that not many people would’ve predicted.

Yet in Week 5, these two teams will face off, all square at 2-2, with the division lead on the line. Go figure.

While they may have the same record, it is clear who the better team really is. The 9.5-point spread indicates that the Buccaneers are the clear favorite in the contest. It boils down to a couple of things.

For starters, the Bucs have had one of the toughest schedules so far, with their first four games being the Cowboys, Saints, Packers and Chiefs. They got wins against Dallas and New Orleans but came up short against Green Bay and Kansas City. Tom Brady has not played particularly well thus far, but part of that is due to the fact that they have been extremely shorthanded when it comes to wide receivers.

Chris Godwin and Julio Jones got hurt in Week 1 and Mike Evans was ejected in Week 2. Last week, Brady had all his weapons back in action, so it was no surprise that the offense looked the best that it has looked all season. Evans, Godwin and Jones were targeted a total of 22 times and 16 passes were caught for a total of 169 yards and 2 TDs. This week, it’ll be the second week in a row where Brady will have all of his offensive weapons.

And as for the Falcons, they are on a bit of a downward trend despite winning two games in a row against Seattle and Cleveland. Cordarelle Patterson, the Swiss-army knife of the NFL, is on injured reserve until Week 8. And Kyle Pitts is dealing with a hamstring issue and was not spotted at practice on Wednesday.

The Falcons are 2-2 but getting there has not been easy. All of their games have been within four points and their total differential is just +2. They rank 28th in passing yards and fourth in rushing yards. The Falcons’ record is not testament to how good they actually are.

The Bucs have started slower than most people would’ve expected. But they will turn it around on Sunday against the Falcons. Tampa Bay won 3 straight matchups against Atlanta and they will certainly make it four on Sunday.

Brady has never lost to the Falcons. He is 10-0 all-time. Evans, Godwin and Jones all seem to be healthy, it’s a home game and the Falcons best weapon is out. Brady and the Bucs will dominate this game.

The day has come. The Jacksonville Jaguars are officially favored by a touchdown. But maybe it should be more. The Houston Texans are without a doubt the worst team in the NFL. They are now the only NFL team without a win and probably won’t see one for a while, especially now that the Jags are actually a decent football team.

Jacksonville is arguably the most-impressive and shocking team so far this year. They are 2-2, with losses to the Commanders and Eagles. After the Week 1 loss to Washington, everyone thought they were just the same old Jaguars that we’ve seen every year. But since that game, their record is 2-1, with blowout wins over the Colts and Chargers and a close game defeat to the only undefeated team in the league. The Jaguars are not to be slept on. They are a good team.

The Jaguars total point differential is +38, which is actually pretty crazy given the fact that they are a .500 team. Their defense has forced a league-high seven interceptions and they have also had two fumble recoveries. The Texans rank 27th in total yards and 26th in total points. They give up the fourth-most yards per game and have six turnovers compared to the Jags nine.

This is division game, which automatically makes it mean more for both teams. However, the Jaguars have something a little extra. Houston has won the last eight meetings between the two teams. That is definitely on the mind of the Jaguars and head coach Doug Pederson, who is 1-0 all time against Houston.

Expect the Jags to roll this one and stay above .500 through five weeks of the season, something they haven’t done since 2018. This Jacksonville team is different.

There are a lot of bad offenses in the NFL. Few expected the Cowboys and Rams to be on that list, however.

Yet through the first four games of the year, both are averaging well south of 20.0 points per game. Dallas is at 17.8, while Los Angeles is checking in at only 17.5. Given all of the talent on these rosters, that’s a bit surprising.

For the Cowboys, some of the blame goes on Cooper Rush. The backup quarterback has been admirable in place of Dak Prescott, helping Dallas to a three-game winning streak, but he’s not expected to light up the scoreboard like a starter.

For the Rams, it’s also about the quarterback. But in L.A.’s case, injury can’t be blamed. Instead, it’s simply about Matthew Stafford’s poor play. The veteran QB has thrown six interceptions this season, derailing his team offense at an alarming clip.

Cooper Kupp is still the best receiver in football. CeeDee Lamb has been on fire of late. So there should be some fireworks in this one, despite the quarterback play.

The Rams may win, as they’re more desperate. But expect the Cowboys to keep it close.

Miami is averaging 24.5 points per game, but that number is inflated by their 42-point outburst at Baltimore in Week 2, which was really one good quarter of play. New York is averaging just 19.0 points per game, a number that is also skewed by a late-game rally, as they scored 31 in a comeback at Cleveland. It’s Teddy Bridgewater vs. Zach Wilson. Will either team get to 20 points? Jump all over the under.

This battle between two 3-1 teams is more of a mismatch that the records would indicate. The Giants are a nice story in season one under Brian Daboll, but they aren’t as good as their record would indicate. And their pass defense, which only allows 191.3 yards per game isn’t either. They’ve faced Ryan Tannehill, Baker Mayfield, Cooper Rush and Justin Fields. Aaron Rodgers and the Packers, a legit 3-1 team, will be a different story.

The Panthers running back has been hit or miss this season. He has two 100-yard games, putting up 102 against the Giants and 108 in a win over the Saints. But McCaffrey also has two games under 35 yards, rushing for just 33 in the opener against the Browns and just 27 last week against the Cardinals. Expect another stinker, as the 49ers have the second-best rush defense in the league.

Will the Star QB Play? – Alabama is back atop the national polls, with a grudge match against Texas A&M on the docket this weekend. But the Crimson Tide might be shorthanded when they try to avenge last year’s loss to the Aggies. Bryce Young has a shoulder injury that limited him in practice this week. His status for the game is up in the air. If the reigning Heisman Trophy winner can’t go, redshirt freshman Jalen Milroe is expected to start for Bama.

The Coaching Rumors Begin to Swirl – When a head coach turns a perennial doormat into a top-25 team, his name is going to come up with every big job opening. Such is the case for Lance Leipold, who has Kansas off to a 5-0 start and the No. 19 spot in the polls. The current belle of the coaching ball has been linked to the opening at Nebraska as a potential successor to Scott Frost. Now, Leipold is reportedly in the mix at Wisconsin, where he has deep ties.

The Impact of a Transformational Quarterback – While it takes a lot of factors to turn around a college football program, one thing plays a bigger part than almost everything else. It’s more important than the head coach. It’s bigger than donors and facilities. It’s the one thing that can change things overnight. A QB can transform a program in a hurry, giving them a chance every weekend. No player exhibits this more than Leon Hooker, who has Tennessee at 4-0 and in the top 10.