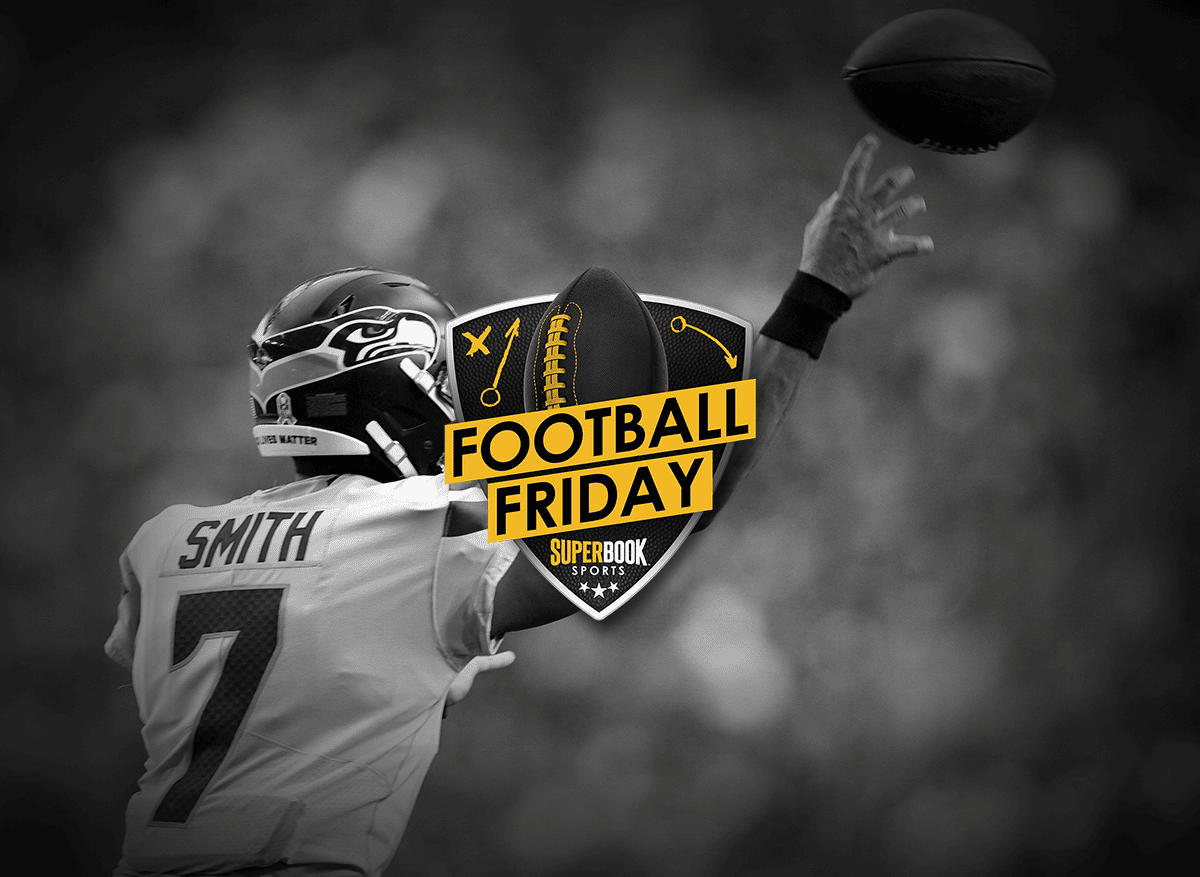 It is mind blowing that the Seahawks are this good through nine weeks of the season. No one expected them to be 6-3 and firmly atop the loaded NFC West. But what is even more shocking is the fact that they aren’t favored in this game.

Neither team is at home, as the NFL makes the trip to Germany, and Seattle has been the superior team this year by far. So why are they the underdog? Sure, the Buccaneers beat the Rams last week to improve to 4-5, but they are still two games worse than Seattle.

The Seahawks have been a surprise this year mostly thanks to quarterback Geno Smith. He was named the starter after a brief preseason battle with former Broncos quarterback Drew Lock. Smith is now sixth in the NFL when it comes to passing yards and fifth in passing touchdowns. Those unprecedented numbers are the key reason why Seattle is first place in the NFC West and the current No. 3 seed in the NFC.

Seattle is a legit contender and its numbers prove it. The Seahawks are fourth in the NFL in points per game.

The Seahawks defense has been their only issue throughout the season. They are 27th in average time of possession, 24th in opponent yards per game and 22nd in opponent PPG. But it shouldn’t be a problem against the Bucs.

Tampa Bay is 4-5 despite having an easy record and it is for a reason. The Buccaneers are 25th in PPG and 19th in YPG. Their offense, despite having playmakers in all aspects, has been lackluster. All in all, Tampa Bay should not be favored in this matchup.

Tom Brady and the Buccaneers will be the first NFL team to ever lose in Germany. Heck, Brady might be the first person to ever smash a tablet there, as well.

This line is right on the money because this game could go either way. The Titans are 5-1 in their last six games, with their only loss was last week in overtime to the Chiefs. The Broncos are coming off their bye after winning two weeks ago in London.

Tennessee has arguably the best rushing attack in the league. Derrick Henry has had more than 100 yards in his last five games. He has nine touchdowns on the season and is top five in rushing yards.

Tennessee is 24th in points per game and 32nd in yards yet they are still 5-3. That is bad news for the Broncos because it means the Titans are winning close games more often than not.

Denver has had seven of its eight games decided by a touchdown or less and the Broncos have scored more than 20 points just twice this year. The Broncos offense has been stagnant to say the least, as they rank 30th in PPG and 20th in YPG.

This game has the makings of a 17-14 type game in which the Titans prevail. If the Broncos didn’t have a top-three defense, this game would be a blowout.

Both teams have great defenses and below average offenses. It should be interesting to see how this one plays out.

When a 2-6 team is a 4.5-point favorite, it’s a clear sign that the team on the other side is struggling. That is most definitely the case here.

The Colts are 3-5-1, but they are slowly becoming an opponent that everyone wants to see on their upcoming schedule. Jonathan Taylor is not on the injury report for this weekend, but there are still some questions about his true availability. The running back has been disappointing this year, to say the least.

He’s not the only one, though. Matt Ryan has been bad enough to get benched, but Sam Ehlinger has been brutal as his replacement. The entire offense has just been outrageously bad. They are 27th in YPG, 32nd in PPG with 14.7 and 32nd in touchdowns per game.

This should be a game that the Raiders prevail. They have had some tough ones this year, as they have two-straight losses that include a 17-point blown lead and a 24-0 shutout.

The Raiders looked great in the first half of the game against the Jaguars. Davante Adams had 10 catches for 146 yards and two touchdowns. He then proceeded to not record a single catch in the second half.

The Raiders took a blow this week with Hunter Renfrow and Darren Waller landing on injured reserve. However, it’s not as big of news as what the Colts had this week. Head coach Frank Reich was fired and Jeff Saturday is now in charge. Watching how that works out will be fascinating.

Both of these teams are likely out of the playoff chase already and are looking for a much-needed win simply for a team morale boost. The Raiders have more talent, more playmakers and a better overall team. They will come away with the win on Sunday.

Last week, the Colts mustered just three points in a road loss to the Patriots. Their offense was completely ineffective with Sam Ehlinger at quarterback, who will be behind center again on Sunday. Quite frankly, it might not matter. On the season, Indianapolis is averaging just 14.7 points per game. On the other side, the Raiders offense was decimated by injuries this week. Wideout Hunter Renfrow and tight end Darren Waller were placed on IR, depleting Derek Carr’s weapons. Look for a low-scoring game in Las Vegas.

The Broncos quarterback has not been good this season, but he is averaging 242.0 yards per start. On Sunday, he’ll go up against a Titans defense that is ranked 30th in passing yards allowed at 275.6. Throw in the fact that Denver is coming off of its bye week, meaning Wilson had a chance to recover from shoulder and hamstring injuries, and the QB is poised to have a good day through the air in Tennessee.

The Giants running back is on pace for the best rushing season of his career. Through eight games, Barkley has 779 yards, and average of 97.4 per game. He’ll have a great chance to pad those numbers on Sunday, as New York faces a Houston team that is dead last in the NFL against the run. The Texans surrender 180.6 rushing yards per game. That bodes well for Barkley, as he and his G-Men teammates are well rested after their bye week.

Upset Alert – After a brutal 49-3 loss to Georgia in their season opener, Oregon has clawed its way back into the national championship hunt. The Ducks are currently ranked No. 6 in the country, almost assured of moving into the College Football Playoff if they can run the table. But that’s a big if, starting with this Saturday’s matchup against 25th-ranked Washington. Joel Klatt has concerns about Oregon this weekend.

They Aren’t Done Yet – After suffering a second loss of the season last Saturday at LSU, most people thought Alabama’s chances at making their usual appearance in the College Football Playoff were toast. But according to Stephen A. Smith, it’s too early to write off the Crimson Tide. He sees a scenario in which Nick Saban’s team can still jump into the top four by season’s end, a scenario that would ruffle plenty of feathers.

An Iconic Moment – It’s hard to believe, but it’s been 40 years since one of the craziest plays in college football history occurred at the end of the Stanford-Cal game in 1982. Everyone has seen the highlight and heard the call. The band was on the field as the game-winning touchdown as scored. ESPN takes a look back at the play this weekend in a must-watch edition of “E:60.”