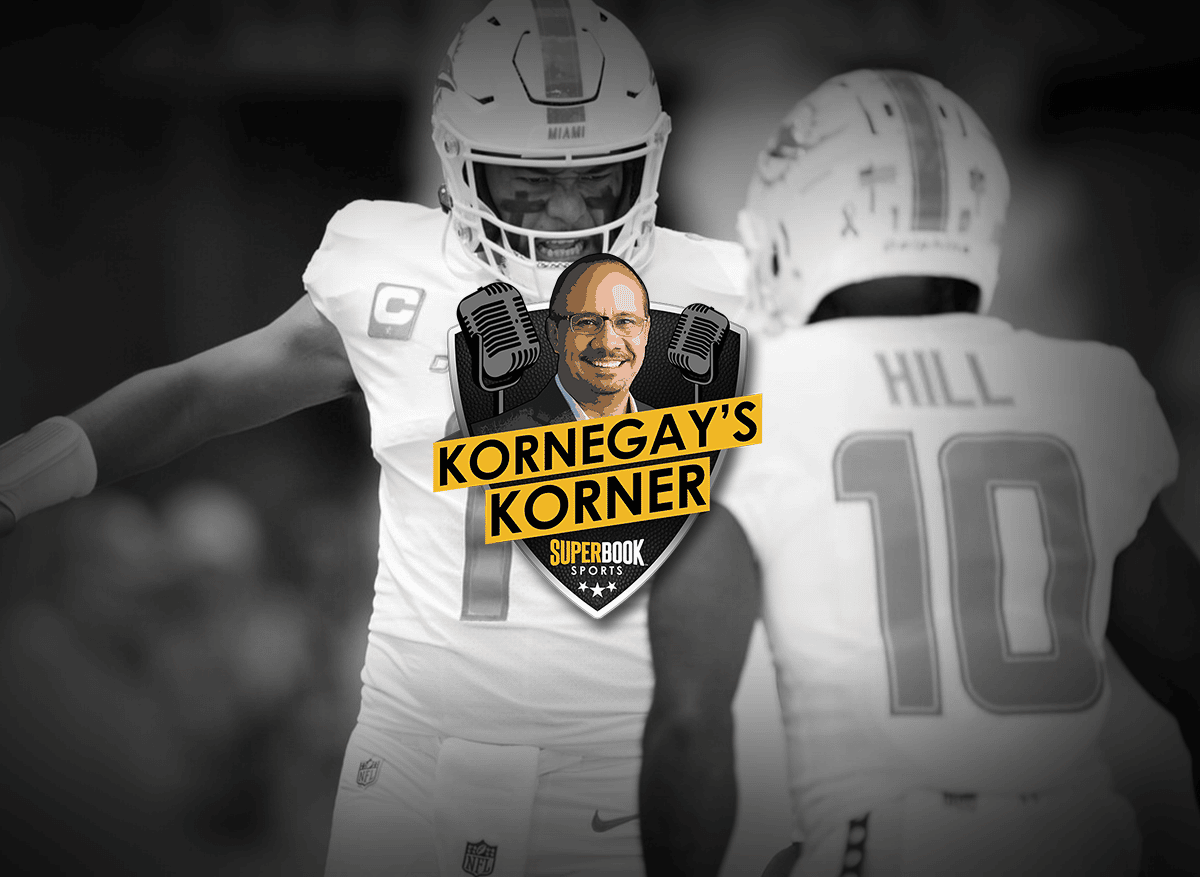 “The two biggest games for the books were the Chiefs and Bills posting losses,” said SuperBook head oddsmaker Jay Kornegay on Monday. “Those were the highlights for most operators.”

Such is the way of the NFL, where parity rules supreme. Just when everyone starts to zig, one or more teams decide to unexpectedly zag. As bettors begin to get comfortably uncomfortable, Week 4 rapidly approaches. And while the game-by-game bets have proven tricky thus far, the futures haven’t altered too much. The Bills, despite their loss to Miami, are still heavy favorites at 4/1, while the other “big” loser of the week, Kansas City, trails just behind at 7/1.  Philadelphia has shoved its way into the conversation, now at 8/1 – largely because of the play of Jalen Hurts who also enters the picture for league MVP at 6/1.

“The other big surprise was the Chargers falling by 28 at home to the Jaguars. We haven’t said this in a while, but the Jaguars might be halfway decent. They have a lot of top draft picks on defense and it’s no joke. Overall, it’s early – the NFL is being the NFL – and predicting this league is one of the toughest tasks in the sport gaming business.  But it’s fun.”

The Dolphins are legit

It seemed impossible heading into the weekend, but the Buffalo Bills were beaten on Sunday. And what is more unbelievable is that the loss was handed to them by the Dolphins.

Going into the season, Miami was considered a borderline playoff team. Now, the Dolphins are a legit contender in the AFC and possibly the AFC East favorites.

The Dolphins three wins have come over the Patriots, Ravens and Bills. That’s not an easy stretch to start the season, making the fact that they’re one of only two remaining unbeaten teams in the NFL all that much more impressive.

Tua Tagovailoa is second in the league in passing yards, having posted 925 already. And consequently, Jaylen Waddle and Tyreek Hill are second and third, respectively, in receiving yards.

Miami’s defense struggled against the Ravens, but it was better against the high-powered Buffalo offense, allowing just 19 points. Miami surrendered some yards but came up big when it mattered most.

The Dolphins have an up-and-coming head coach in Mike McDaniel and great assets on both sides of the ball. If Tua can keep up his great play, they’ll remain in the mix all season long.

Upstarts are still on the outside looking in

It was yet another wild weekend in college football, as a few old faces have surged up the ranking along with a couple of notable upsets. The top-five held stayed the same as No. 1 Georgia, No. 2 Alabama, No. 3 Ohio State, No. 4 Michigan and No. 5 all won their respective games outright.

The first real upset of the came as No. 6 Oklahoma lost outright to Kansas State, 41-34. The loss dropped Oklahoma all the way down to the No. 18 ranked team in the nation. It’s been a good season for football in Kansas, as the Jayhawks remained undefeated by beating Duke 35-27 on the football field, not the hardwood.

The real moment of the weekend came with Tennessee beating Florida 38-33. The move bumped Florida out of the top-25 and has Tennessee as the No. 8 ranked team in the country. This is the highest Tennessee has been since 2006.

Can they work their way into the top five? The top schools look like the cream of the crop in CFB. Since their early season scare against Texas, Alabama has returned to form and Georgia continues to dominate every opponent in their path.

While Tennessee, Kentucky, Oklahoma State, USC and other schools have had impressive seasons, the top five have not blinked an eye. It will be interesting to see if programs on the rise can crack into the elite group.

“Any given Sunday” remains a reality

There’s nothing like the NFL. Everyone was reminded of why on Sunday.

Anyone can beat anyone on a given Sunday. Proof came when the 0-1-1 Colts took down the 2-0 Chiefs, 20-17, thanks to a touchdown in the waning moments.

Indianapolis wasn’t the only team to earn its first victory of the season, as the Titans, Bengals, Panthers and Falcons all tallied their first wins, as well. In fact, the Las Vegas Raiders are now the only winless team in the NFL at 0-3. Think about that for a second!

Through just three weeks, 31 of the 32 teams have found a way to emerge victorious in a football game. That’s crazy, and it highlights the original point of the NFL being the greatest sport on Earth.

Every fanbase has hope and anything can happen each time the ball is kicked off. Case in point is Jacksonville shocking the Chargers 38-10 in a game that featured the biggest spread of the week, with the Jaguars as 7.5-point underdogs going in. Picking these games is tough, and surprising outcomes never fail to happen on a weekly basis.

Clip of the Week:  The “butt punt” will live in infamy