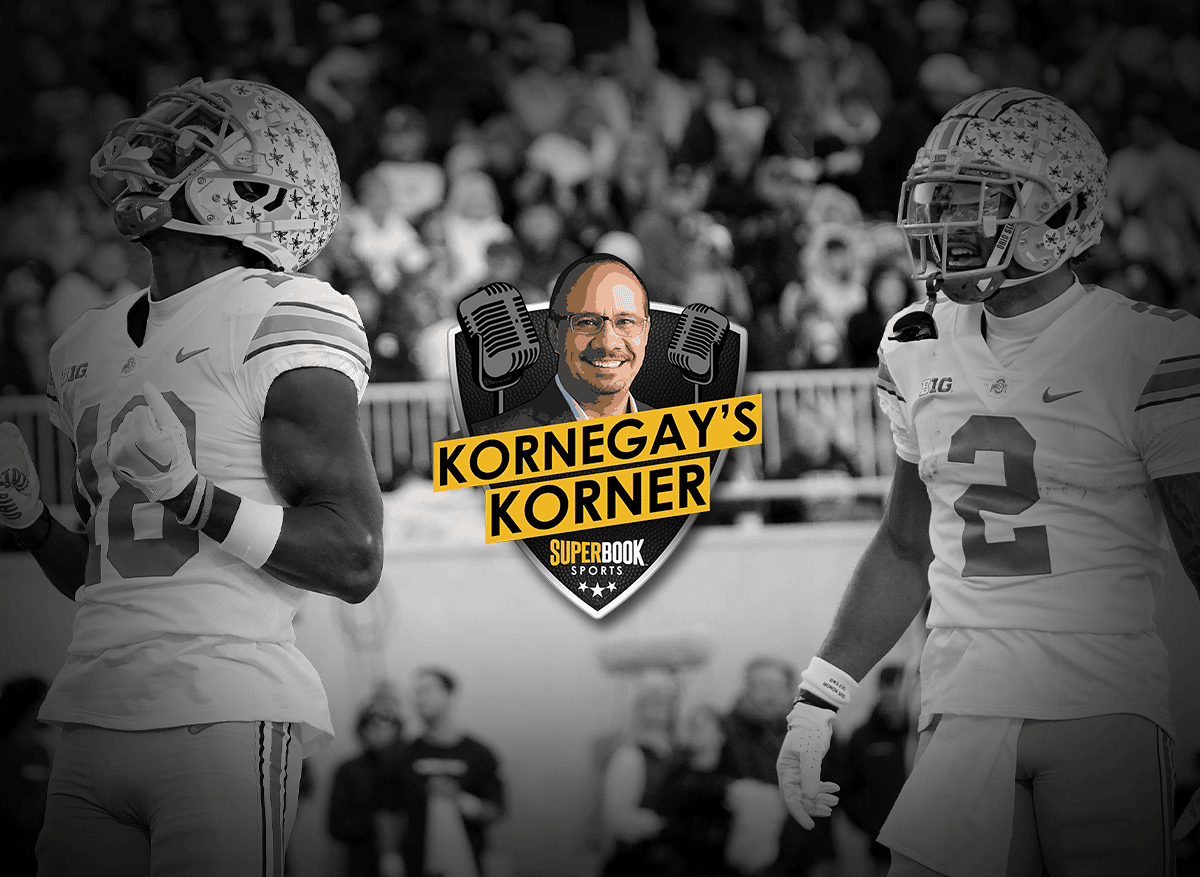 “The AFC West and NFC West have plenty of time to state their case.”

Those words of wisdom are courtesy of SuperBook Sports head oddsmaker Jay Kornegay, who was asked to assess the status of what most thought were the two best divisions heading into the NFL season, while considering which divisions look best now. Most might argue that the AFC East – headlined by the Buffalo Bills, but boosted by the unlikely play of the Dolphins and Jets – is the best in the AFC, while the NFC East has been almost shockingly good. But, as Kornegay points out, there’s a long way to go. For example, just as everyone was about to write off the Raiders, they nearly beat Kansas City last night. One thing is for certain though, Week 6 will showcase two odds-on favorites going head-to-head, as the Bills (5/2 to win the Super Bowl) will head to Kansas City (11/2) for a rematch of last year’s divisional round classic.

“This is the type of game that makes a sports book smile. It’s going to be a high-volume and balanced game,” Kornegay said Monday afternoon. “The Chiefs’ Monday night performance will make a big influence on the betting action. Again, one of the mistakes that novice bettors make is too much focus on the previous weeks scores. If the Chiefs don’t make a huge impression tonight, the Bills will get majority of the support based on their burying of the Steelers.

“My advice is to deemphasize last week and try to encompass the whole season.”

Take that for what it’s worth, bettors. And settle in for what should be a doozy on Sunday.

1.  There’s a changing of the guard in the NFC

Week 5 was another interesting slate, one filled with a multitude of surprises, great games and blowouts. The main surprise comes in the form of the entire NFC.

The AFC is pretty much going as expected. The Bills, Chiefs, Chargers, Ravens and Bengals seem to be the top teams. And with the exception of the 3-2 Jets, the AFC isn’t too crazy after Week 5.

The NFC, however, is shaping up to be way different than expected. The teams that should be good aren’t living up to the hype, which is opening up spots for some interesting new contenders. The NFC, as it stands today, would consist of a playoff that looks like this:

The Los Angeles Rams and the Arizona Cardinals don’t even crack the top seven. Go figure!

The Packers are currently the No. 7 seed. That’s hard to fathom.

The preseason favorite may still make the playoffs, but it just goes to show that the NFC is drastically changing. It’s not happenstance that the Eagles and Vikings are atop the conference. They are the best teams in the NFC and it will not be shocking if we see a rematch of the 2018 NFC Championship Game.

2. Ohio State is the most-complete team in the country

The top ten college teams who were in action last weekend went a combined 9-0, so there is not much movement among the top dogs this week. That said, Clemson entered the top-four despite Michigan winning over the weekend.

The highlight of the weekend was the grudge match between Alabama and Texas A&M. With the Aggies talking smack during the offseason after beating the Crimson Tide last season, this game was circled on just about every football fan’s calendar. And boy, did it deliver. Neither team pulled away, and the game came down to the final drive, with Bama narrowly escaping with a 24-20 victory. A&M looked more like a team with the country’s top recruits than the squad that had lost two games to that point. The Aggies gave it their best shot, but the Crimson Tide still came out on top to improve to 6-0, although they dropped to No. 3 in the process.

Georgia maintained the No. 1 ranking with a 42-10 beatdown against Auburn, and No. 9 Ole Miss rallied to beat Vanderbilt 52-28 after misfiring out of the gate. Ole Miss will play Auburn, LSU and A&M in the next three games before a showdown with Alabama, something to keep an eye on. In other SEC news, Tennessee looked sharp against LSU, beating them 40-13 in Death Valley. It was yet another statement victory for Volunteers while the Tigers continue to sputter under the command of Brian Kelly.

Ohio State jumped to No. 2 in the country with their 49-20 throttling of the Michigan State Spartans. All 49 points came in the first three quarters of the game, as the Buckeyes have looked like the most complete team in the country so far this season. If they keep winning, it will be interesting to see when/if they get the No. 1 spot.

Another impressive 49-point performance came in the Red River Rivalry as Texas, led by the return of Quinn Ewers, blanked the Sooners. Oklahoma is down and out this season, while the Longhorns continue to look good.

Lastly, UCLA flexed against Utah, winning 42-32, which bumped them to the No. 11 team in the country. It’s time to really keep an eye on the Chip Kelly-led Bruins.

All in all, Ohio State might be the most complete team in the country and is deserving of the No. 1 overall spot. The Buckeyes have outscored opponents 293-94 this season, and they have not been pushed whatsoever. Their tightest game of the season was Week 1 against Notre Dame, which ended with Ohio State coming out on top 21-10. The Buckeyes never really had to sweat in that game, but they got a taste of a close game and have not looked back. We have seen Georgia sputter against Missouri and Bama struggled twice now against A&M and Texas. Maybe they aren’t the best team on paper, but Ohio State is deserving of the No. 1 spot in the rankings at this point.

Nearing the middle of October means patience is starting to run thin. Teams can’t clinch a playoff spot this early, but they can certainly lose one.

In Carolina, owner David Tepper had seen enough, firing head coach Matt Rhule after a disastrous 37-15 loss to the 49ers in a game that wasn’t even competitive. Tepper saw a team that had quit on its coach and knew it was time for a change.

Sitting at 1-4, the Panthers aren’t going anywhere this season, so now all eyes have turned to star running back Christian McCaffrey. Will he be moved before the November 1 trade deadline? Maybe, maybe not, but rumors linking him to the Bills have already begun to swirl.

Wouldn’t that be something? McCaffrey joining the league’s most-dangerous offense, one that trounced the hapless Steelers 38-3 on Sunday, would further cement Buffalo as Super Bowl favorites.

But Rhule’s firing and the McCaffrey speculation are a lesson to everyone else around the league. Win games, or else…

Clip of the Week: The penalty that had the NFL world buzzing on Sunday