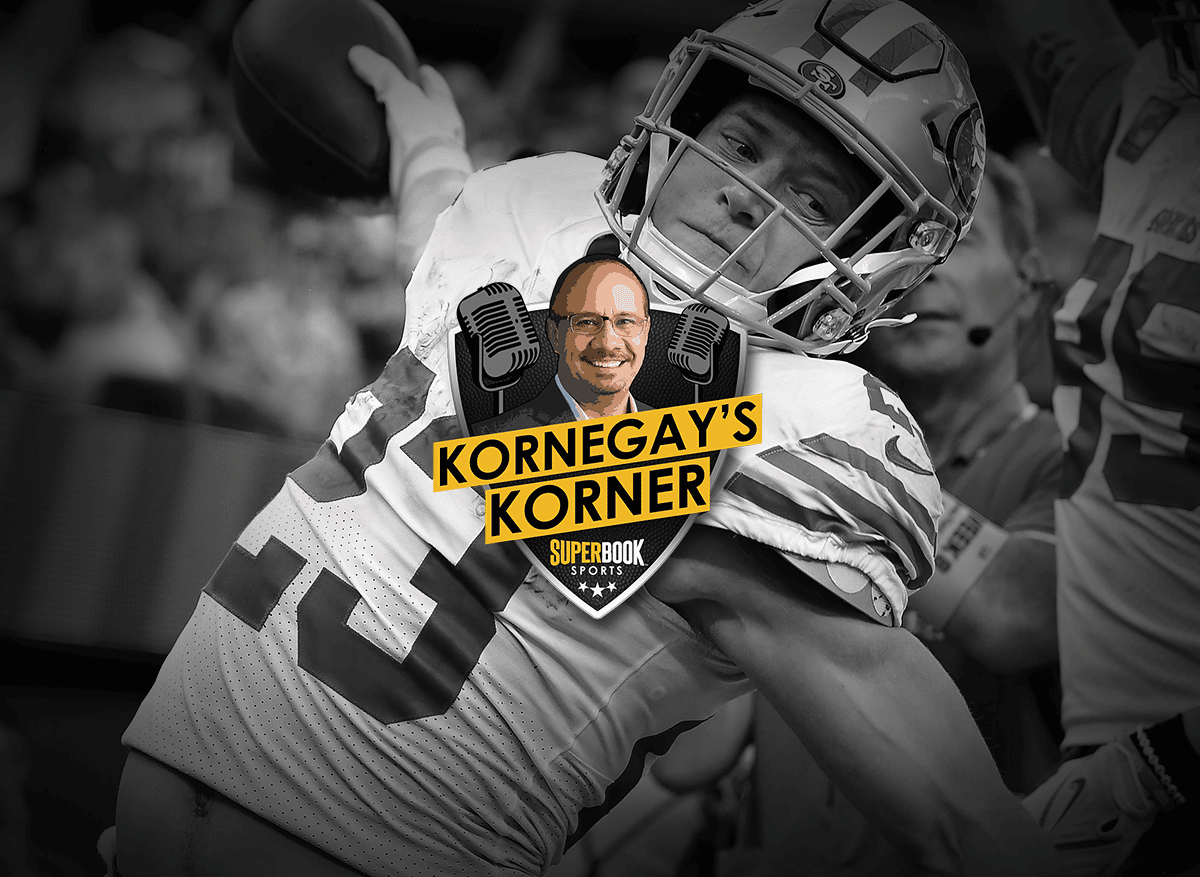 The more things change, the more they stay the same.

At the window, that is.

“NFL betting patterns haven’t changed over the years, and this year is no different,” said Jay Kornegay on Monday morning, eight weeks into the NFL season. “Popular teams receive their normal support from the masses but run cold if they fail to win or cover.”

It’s already been a wild season, with preseason favorites faltering and dark horses surging into the light.

“The Bucs, Packers and Broncos, for example, were all considered contenders and were bet heavily in the early going,” Kornegay said. “That all changed as each of those teams has struggled. When teams like those are historically popular though, it’s a slower process. They’ve got a history of success and bettors are more reluctant to give up on them.”

That’s something Kornegay sees annually. The same is true on the other side of the equation.

“On the flip side, it takes time before the general public will support a team that normally struggles,” he said. “We noticed that last year with the Bengals. We’re now seeing that same type of behavior when it comes to the Giants, Jets and Seahawks. The public is currently ‘dating’ these teams as we head into Week 9. ‘Love’ isn’t quite in the air yet. Losses by the Jets and Giants this past Sunday will cool the interest in those teams significantly.”

Heading into Week 9, the question remains: Which historically unpopular team could become this year’s version of the Cincinnati Bengals? And by the same token, when is it time to ditch an old favorite?

1. Offenses finally woke up in the NFL

Holy points, Batman! Week 8 of the NFL season was electric, with a ton of scoring around the league and some thrilling finishes. It took until late October, but it looks like offensive coordinators finally won a week over their colleagues on the defensive side of the ball.

The Cowboys hung 49 on the Bears, who continued dismantling their defense on Monday with the trade of Roquan Smith. The Falcons and Panthers played a 37-34 OT thriller in a game where first place in the NFC South was shockingly on the line.

D.J. Moore went from hero to villain in the blink of an eye, catching a Hail Mary to tie the game but then overdoing it on the celebration. His antics drew a flag and made the possible game-winning extra point 48 yards. It was missed and the Panthers are back in the conversation for the No. 1 overall pick.

The Eagles continued their undefeated season, hanging 35 on the hapless Steelers. The Dolphins and Lions played a back and forth 31-27 barnburner, and Christian McCaffrey threw a touchdown, caught a touchdown and ran for a touchdown as the 49ers dominated the Rams in the second half for an easy 31-14 victory. Throw in the Vikings putting 34 points on the Cardinals, and that’s a lot of teams lighting up the scoreboard.

For fans, it was good to see, because points are fun. What had been a sloppy first two months of the season got a whole lot more exciting on Sunday.

2. Two blowouts told the story in college football this weekend

Probably the biggest shocker of the weekend was Kansas State shutting out Oklahoma State by a 48-0 count. The Cowboys were fresh off an impressive victory over Texas and wound up laying an egg in this game.

Kansas State was out for blood following it’s to TCU the previous week and flexed on the Cowboys. K-State outgained Oklahoma State 495-217 and quite literally dominated every aspect of the game. The win moved K-State up to the No. 13 spot in the rankings, while the Cowboys slipped to No. 18.

There were a couple of other notable blowouts across college football, including the Tennessee Volunteers dismantling of the Kentucky Wildcats 44-6. The win bumped Tennessee up to the No. 2 spot in the rankings, but it will be interesting to see if that holds up this weekend in a monumental game against the top-ranked Georgia Bulldogs. Nevertheless, Tennessee has not blinked since its victory against the Alabama Crimson Tide.

These two games were telling. One showed that the fringe playoff teams perhaps aren’t ready for primetime, while the other demonstrated just how good the programs at the top of the polls really are this season.

3. Four teams claw back into the playoff race

As the midway point of the 2022 NFL season approaches, there are clearly teams that will cruise to the playoffs. On the other end of the spectrum, there are some under-the-radar clubs that have a chance to sneak into the picture.

The New England Patriots, Denver Broncos, Washington Commanders, New Orleans Saints are four teams have seemed like bottom-tier, non-playoff teams since Week 3. But as surprising as it may be, they aren’t too far out of the playoffs.

The Patriots are still last in the AFC East, but with a big win over the Jets, they came within one game of both Miami and New York. They currently sit ninth in the AFC and it is far too early to count Bill Belichick out. Don’t be surprised if they make it as the No. 7 seed.

The Broncos are the same way. They sit third in the AFC West at 3-5 and are the type of team where if they get it going, can make a push and make the playoffs. They won’t beat out the Chiefs for a division title, but don’t be shocked if they make the playoffs as a No. 6 or 7 seed.

The Commanders were 1-4 through Week 5. They were down and out and in arguably the best division in all of football. But with three straight wins, they’ve improved their record to 4-4 and now sit eighth in the NFC. They could get in as a low seed.

And finally, the Saints cruised to a 24-0 victory over the Las Vegas Raiders thanks to a three-TD performance from Alvin Kamara. The Saints are scoring 24.9 points per game, which ranks seventh in the league. And they are doing it without Jameis Winston, Michael Thomas, Jarvis Landry, among others. They are in the easiest division in the league, and they are just one game behind the Falcons in the NFC South.

Video of the Week: D.J. Moore’s game-tying TD was an improbable dime