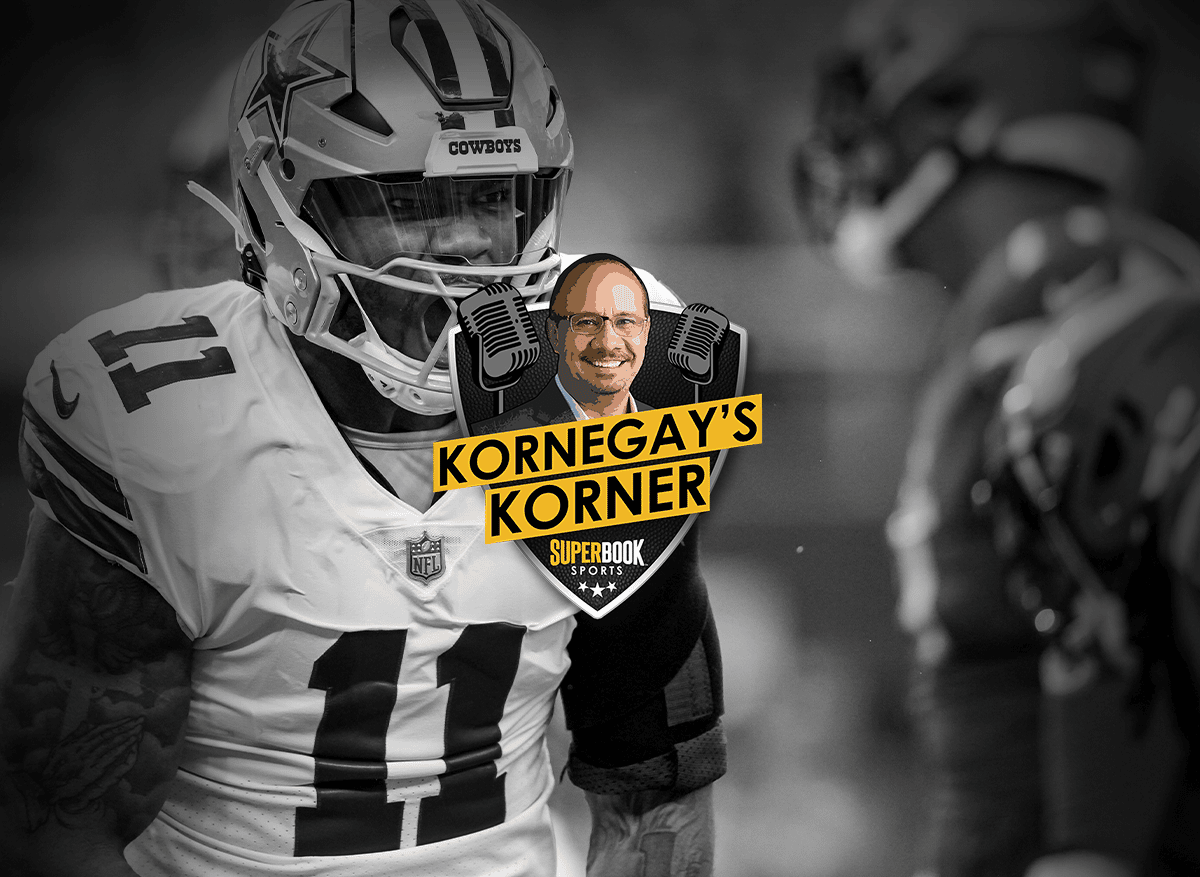 Kornegay’s Korner: How Deserving is TCU?

“We opened Michigan at -9 and it was flip flopping back in forth between -9 and -9.5 before the market settled in at -8,” says Jay Kornegay, head oddsmaker for SuperBook Sports. “It’s still dropping as some -7.5s are showing up.”

An interesting pattern for No. 2 Michigan, considering that the Wolverines are playing a TCU squad that plenty of folks believed might drop out of the College Football Playoff following a loss in the Big XII Championship Game. Not only did TCU stay in, however, the Frogs stayed at No. 3, which also surprised some.

Still, the Horned Frogs’ loss to Kansas State wasn’t a blowout. Anything could have – in theory – happened. Now at 18/1, there are those who still believe in TCU, a program that Kornegay says has gotten used to getting “disrespected” all season long.

“We saw some sharp money on TCU for the semifinal game, so there is some respect for them in that corner,” he said. “If they get by Michigan they could face Georgia and that line could approach -14.5. If you like TCU, it might be best to bet TCU money line and rollover to the championship game.”

On both sides of the bracket, lines for the national semifinal games are always subject to change. Kornegay says it happens regularly.

“The betting patterns are very similar,” he explains. “We’ll get an initial rush the first couple of days and the action really slows down around Christmas. Wagering interest will pick up some afterwards and the last couple of days will see approximately 70 percent of the handle.”

In other words, it can be a wild ride up until New Years.

1. Mahomes has found his kryptonite

The NFL has struggled for years to solve Patrick Mahomes and the Chiefs, but the MVP favorite may have finally met his match – Joe Burrow and the Bengals. Perhaps the “coolest” QB in the league, Burrow moved to a perfect 3-0 against Mahomes and Kansas City with a dramatic 27-24 win on Sunday afternoon.

After the Chiefs missed a long field goal to potentially tie the game, Burrow got the ball back with 3:19 to go and did what he had to do to beat Mahomes. He never let him touch the football again.

Burrow led the Bengals to three first downs, including an insane pass to Tee Higgins on 3rd-and-11 to ice the game. Then, he put Cincinnati in victory formation.

The Bengals already were in the Chiefs’ heads after taking the AFC Championship Game in Arrowhead a season ago. Now, they appear to own them. If the two meet in the postseason this year, it’s a massive storyline to watch.

Speaking of the AFC playoffs, that Cincy win mucked up the top of the conference, with the Bills now back in the No. 1 spot thanks to their victory over K.C. earlier this season. For the first time in his career, Mahomes might have to play a true road playoff game, which would undoubtedly increase the drama in a race to the Super Bowl that gets spicier by the week.

2. The final picture is anything but crystal clear

Conference championship weekend is over and done with, as the final CFP picture is solidified. Thanks to both TCU and USC losing outright, Pandora’s box opened up a bit within the CFP committee ahead of the final rankings. Nonetheless, the dust has settled, and we have the official matchups to bring us home this college football season. So, let’s take a look back to the weekend that was across college football.

The first upset came in the form of Utah taking down USC outright for the second time this season. This time, however, the Utes spoiled the Trojans chances at playing the College Football Playoff. The Trojans and Utes entered halftime with the game tied up at 17-17, but Utah made the necessary adjustments to pull away in the second half as the Utes outscored USC 30-7 after intermission. Both the Trojans losses this season came against Utah, with the first being a 43-42 game back in the middle of October. The loss bumped USC entirely out of the CFP picture, allowing Ohio State to sneak back in as the No. 4 seed. Ohio State will take on No. 1 Georgia.

Yet another top-ranked CFP team lost outright over the weekend. After defeating Kansas State on its first go around this season, TCU lost to the Wildcats in the conference championship game, 31-28 in overtime. Before this matchup, TCU had won five games this season when trailing at half; however, the Wildcats kept their foot on the gas and wound up winning on a field goal in OT. Despite losing this matchup, TCU still finished the regular season undefeated. This, coupled with the USC loss, kept the Horned Frogs in the CFP picture. They are the No. 3 ranked team and will take on No. 2 Michigan.

In other news, Clemson dominated UNC 39-10 in the ACC title game, Michigan blew past Purdue 43-22 and No. 1 Georgia pummeled LSU 50-30. Already some bowls are rounding into form, such as the Las Vegas Bowl between Florida and Oregon State, the Alamo Bowl between Texas and Washington, and other matchups are in the works. In addition, the Orange Bowl is set to feature Clemson and Tennessee, with the Sugar Bowl pinning Alabama against Kansas State.

3. How about them Cowboys?

Are the two best teams in the NFL from the same division? It seems crazy, but the argument can be made for the Eagles and Cowboys to get that label.

Before the season, the NFC East was projected to be one of the worst divisions in the league for another year. But now, 13 weeks in, it is without a doubt the best division.

The Eagles have the best record in the league and are the No. 1 seed in the NFC. The Cowboys are the first wild card team, the Giants are the second wild card team and the Commanders are one spot away from making the dance, as well.

The NFC East is legit, with no team playing better right now than the Cowboys. They are on a three-game winning streak and are averaging nearly 40.0 points per game in their last five outings. They are on an absolute roll and have a real shot at winning their division and the No. 1 seed despite the Eagles having just one loss.

At this point in time, Dallas very well could be the favorites to win the NFC. The Cowboys forced five turnovers on Sunday night against Indianapolis in one of the highest-scoring games of the season thus far.

With four weeks left to go, the NFC playoff race should be very interesting and the Week 16 matchup between the Cowboys and the Eagles may be the highest stakes game of the year. Cowboys fans like to say that it is “their year” every year. But this time, they may be right.

Video of the Week: Things have changed in Boulder