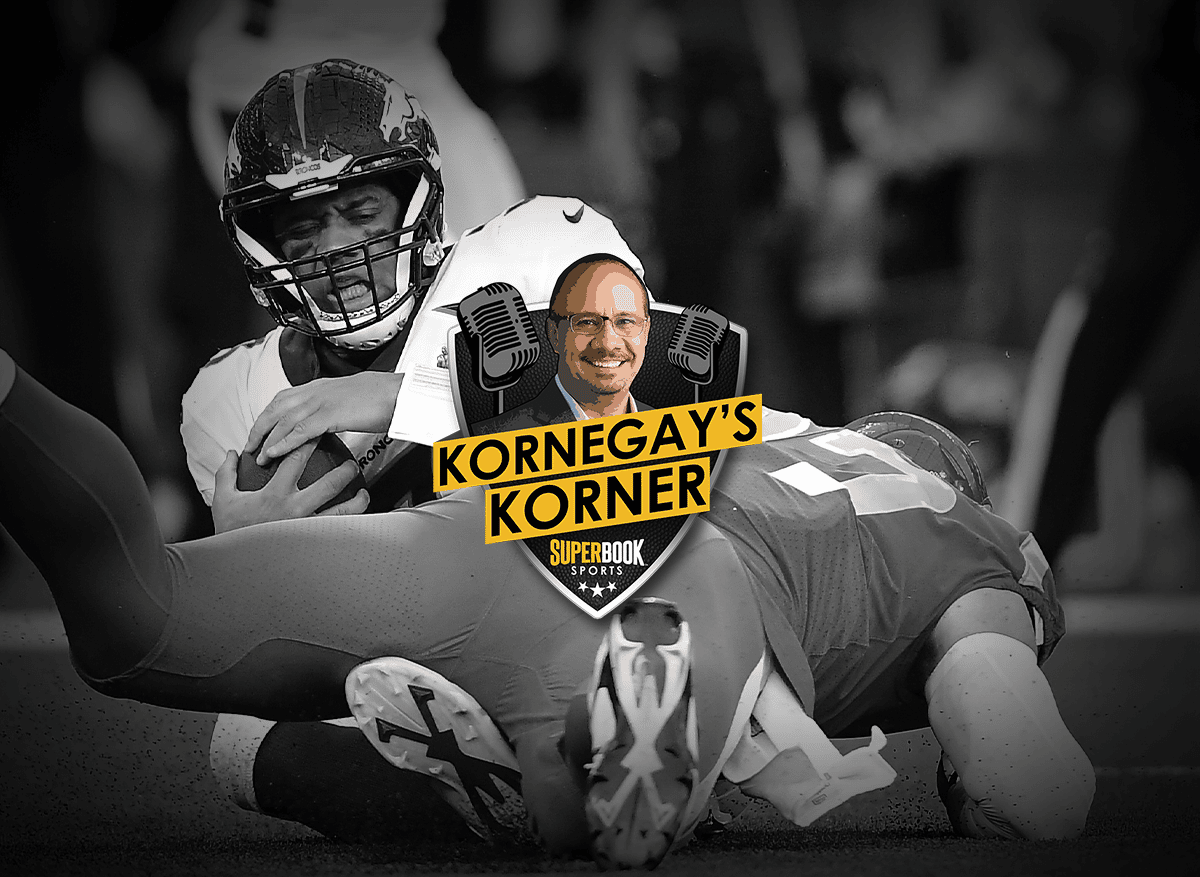 You think the transfer portal is tough for college football coaches, huh?

“After last year, I was very skeptical about this year’s bowl season,” says SuperBook Sports head oddsmaker Jay Kornegay. “Many sports books lost in the month of December.”

You think you know something about college football that the oddsmakers don’t? Well, you just might.

“The month was filled with information leaks – transfers, sitting games out – and favorable outcomes for the general public. Sometimes the sports books get that information first and other times the bettors get it first. The ‘sharps’ and the betting public cleaned up last December,” Kornegay says.

Just a hunch, but you’re not exactly crying into what’s left of your eggnog for Kornegay and his peers out in Las Vegas. More likely, you’re remembering that last “bad beat” and grinning just a little, knowing that it works both ways.

“I’m not looking for sympathy,” Kornegay promises. “I’m just trying to explain what happened. I’m trying to reduce the flack I’ll get on social.  It’s @JayKornegay if you want to poke me.”

With plenty of bowl games still left, this December doesn’t appear to be quite the same blood bath for the books as it was in 2021. But there’s still time, so keep your ear to the ground and get those bets in.

And if you’re so inclined, again, it’s @JayKornegay.

1. Another one bites the dust

Broncos head coach Nathaniel Hackett became the third NFL coach fired this season, after Denver‘s dumpster fire of a performance in Los Angeles on Christmas Day. The Broncos were blasted by the Rams 51-14 in their most embarrassing game of the year, and that’s saying something, given how many times they’ve been the laughingstock of the league in 2022.

Russell Wilson threw three interceptions, an offensive lineman and the backup QB fought on the sideline and Randy Gregory landed a slap during postgame handshakes that resulted in a one-game suspension. If this isn’t rock bottom for the Broncos organization, it’s hard to imagine what is.

The team hasn’t made the playoffs since it won Super Bowl 50 and Peyton Manning retired. Once again this year, they weren’t even close to snagging a postseason berth.

Whoever the next head coach is has a lot of work to do, namely fixing Wilson, who signed a lucrative (and ludicrous) contract extension this past offseason. Some high-profile names, like Sean Payton and Jim Harbaugh, are being thrown around for the job, but would they even want it? It’s still a proud franchise with great fans, but the roster is a mess, specifically at QB. The new Walmart owners better be willing to write a monster check to whoever leads the team next. A financial incentive through the roof might be the only way to lure a big fish.

The college football playoff is set for this weekend. It’s about time!

This is followed by No. 4 Ohio State and No. 1 Georgia, with the defending champs as the -6.5 favorite with a total of 62.0. It’s been weeks since these programs last played, but the anticipation is ramping up ahead of these exciting matchups.

A reminder of how we got here…

Georgia had an undefeated regular season en route to its current title defense. Led by a strong defense and veteran QB Stetson Bennett, the Bulldogs answered the call when needed all season.

Michigan also had an undefeated season, with notable wins against Penn State and Ohio State along the way. This was the first time the Wolverines had beaten the Buckeyes in consecutive seasons since 1999-2000.

TCU is “lucky”’ according to many, but the Frogs ran the table all regular season and deserve to be here despite losing to Kansas State in the Big 12 championship game. USC losing to Utah for a second time certainly helped their cause, but they deserve to be here, nonetheless.

Ohio State is the luckiest of the bunch as it managed to sneak in after the Trojans lost to the Utes in the PAC-12 championship game. Georgia kind of gets the short end of the stick in this matchup, as Ohio State was in the top four for virtually the entire season before losing to Michigan during rivalry week.

It should be a ton of fun on New Year’s Eve. The big four are back in action!

Tom Brady and Aaron Rodgers are two of the oldest QBs in the NFL. Both of them have been All-Pro caliber players for the last 15 to 20 years. But this year, things have been different.

Both Brady and Rodgers have losing records at the moment and are fighting for spots in the playoffs. Brady and the Bucs had a huge overtime win against the Cardinals on Christmas Day. If they can beat the Panthers this Sunday, they will clinch the lackluster NFC South.

As for the Packers, their road to the playoffs is a bit harder. Not only do they have to win their next two games, but they also have to hope for a Washington loss. However, no one expected them to catapult back into this position after a five-game losing streak plummeted their record to 3-6. They can’t catch the Minnesota Vikings for the division win (a title the Packers have claimed for the past 3 seasons) but with the addition of the seventh seed, they are still in the hunt.

All of this is to say, you should never count out the best of the best. Aaron Rodgers, last year’s MVP, and Tom Brady, the “Greatest of All Time,” are never out of it, not until the statistics prove it. They are both still alive and don’t be shocked if they both make it to the postseason.

While the Buccaneers and Packers have struggled this season, nobody in the NFC wants to see Tom Brady or Aaron Rodgers in the playoffs. It’s hard to eliminate a legend.

Video of the Week: Making a case for Defensive Player of the Year