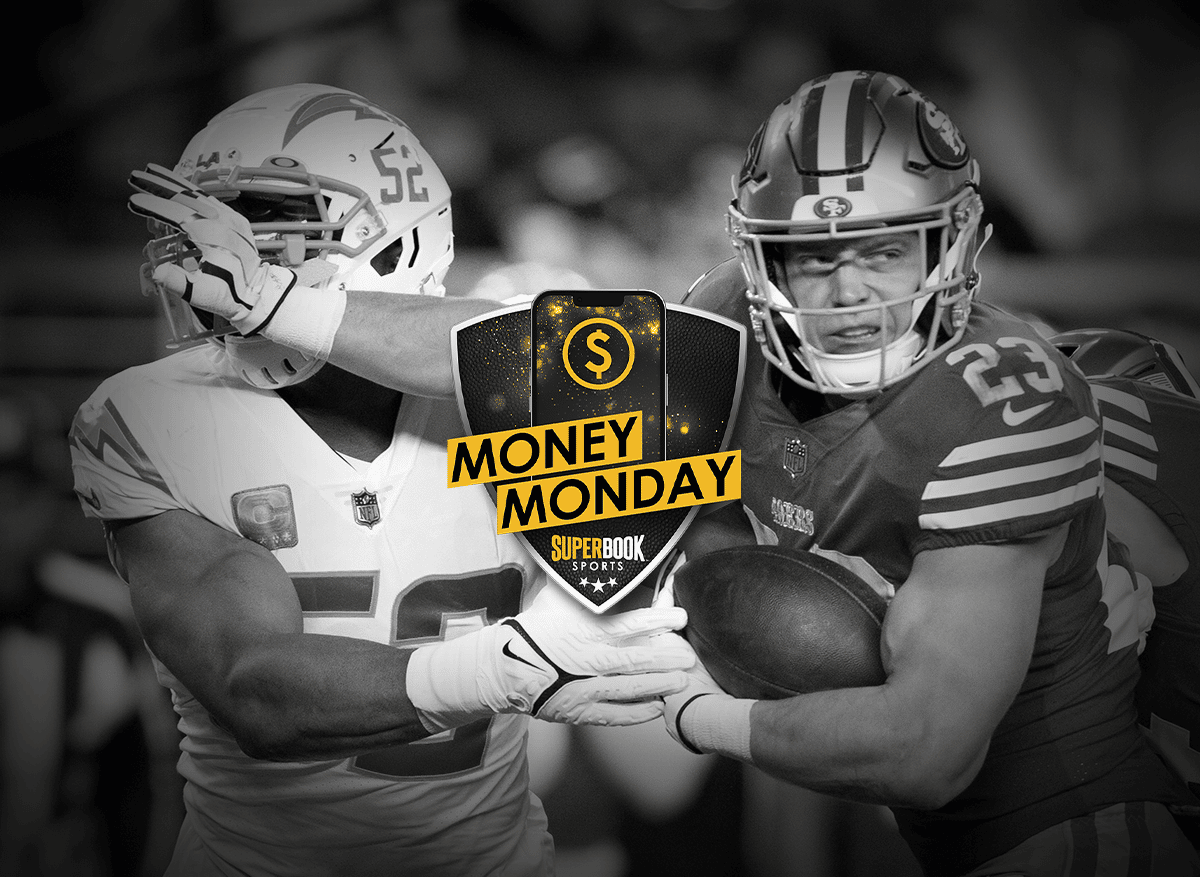 Three bets to make when the Cardinals host the 49ers

The NFL wraps up its international series with a game south of the border, as NFC West foes face off in Mexico City. The Niners are only 5-4, but they are considered a Super Bowl contender. They’re getting healthier, plus the addition of Christian McCaffrey gives them a big boost offensively. Meanwhile, the Cardinals are 4-6, but widely looked at as a team going nowhere. Kliff Kingsbury will likely take the fall for Kyler Murray’s regression.

Mexico City will be in for a show on Monday night, as arguably the NFL’s most-explosive offense in the 49ers faces one of the league’s worst defenses in the Cardinals. Arizona is allowing 25.8 points per game, which was 30th in the NFL entering Week 11. In the last four weeks, they gave up 34 to the Saints, 34 to the Vikings, 31 to the Seahawks and then 17 to the Rams. That last game comes with an asterisk, as Matthew Stafford didn’t play and Cooper Kupp got hurt. The bottom line is this group is really bad on defense. A loaded Niners offense is going to have a field day. San Francisco simply has too many weapons with Christian McCaffrey, Deebo Samuel, George Kittle and Brandon Aiyuk. They will put up a big, big number and cover the eight points with ease.

The over/under is low largely because the Cardinals have a lot of question marks on offense. Both quarterback Kyler Murray and wide receiver DeAndre Hopkins are questionable to play, and a report came out on Sunday morning that wideout Hollywood Brown will not be activated off injured reserve in time for the tilt with the 49ers. But without Murray last week against the Rams, the Arizona offense actually looked better with Colt McCoy under center. The Cardinals’ 27 points was the third highest scoring total of the season, and best since Oct. 20, when they scored 42 against the Saints. Andy Dalton threw two pick-sixes that night, so the number was inflated. McCoy doesn’t carry an injury designation, so the Cardinals offense will be just fine if he’s playing QB. For all those reasons, plus the aforementioned stout Niners offense, the low total doesn’t make sense. San Francisco takes this one, 38-21.

Over 4.5 receptions for Christian McCaffrey

McCaffrey, McCaffrey, McCaffrey. When the 49ers gave up a haul of draft picks for the former Stanford star, they were always going to make him the focal point of the offense. And while he’s an excellent runner, he might be even more dangerous as a pass-catcher out of the backfield. His total receptions are set at 4.5. The over at -130 is the play. In his first “real” game with the Niners (he played some against the Chiefs on Oct. 23, but had just been acquired) at the Rams, McCaffrey was targeted nine times and caught eight passes. Last week against the Chargers, he was targeted six times, catching four of them. Even in the anemic Panthers offense, McCaffrey went over 4.5 receptions in three of six games this season. And get this, he caught nine passes against these same Cardinals back on Oct. 2 while with Carolina. Nine! McCaffrey will shatter the over on Monday night.

Both of these teams scored three offensive points in Week 11. The Patriots won 10-3 thanks to a punt return for a touchdown in the waning seconds against the Jets, while the Vikings were hammered 40-3 at home by the Cowboys. As a result, the nightcap on Thanksgiving will be interesting. But look for Minnesota to bounce back, as its offensive woes were an aberration. The Pats can’t score a lot of points, so they’ll struggle to keep pace in this one.

Last season, the Bengals went into Nissan Stadium and beat the Titans in the playoffs, one of their many clutch performances en route to the Super Bowl. Look for a similar outcome this time around. Yes, Tennessee has a better record, but the Titans are a one-trick pony. If Cincinnati can slow down Derrick Henry, forcing Ryan Tannehill to beat them, they’ll be just fine. Joe Burrow is rolling, evidenced by his 355-yard day against the Steelers on Sunday that netted 37 points.

The Eagles are 9-1, boasting the best record in the NFL. But there have been a few signs of trouble in recent games. On the heels of a 32-21 loss at home to the Commanders, Philadelphia had to squeak one out on the road against the Colts, winning 17-16 in Indianapolis. There are some cracks in their armor. Of course, the Packers have plenty of their own, as they sit at 4-7 heading into this one. Give me the desperate team, however. The season is on the line for Green Bay.