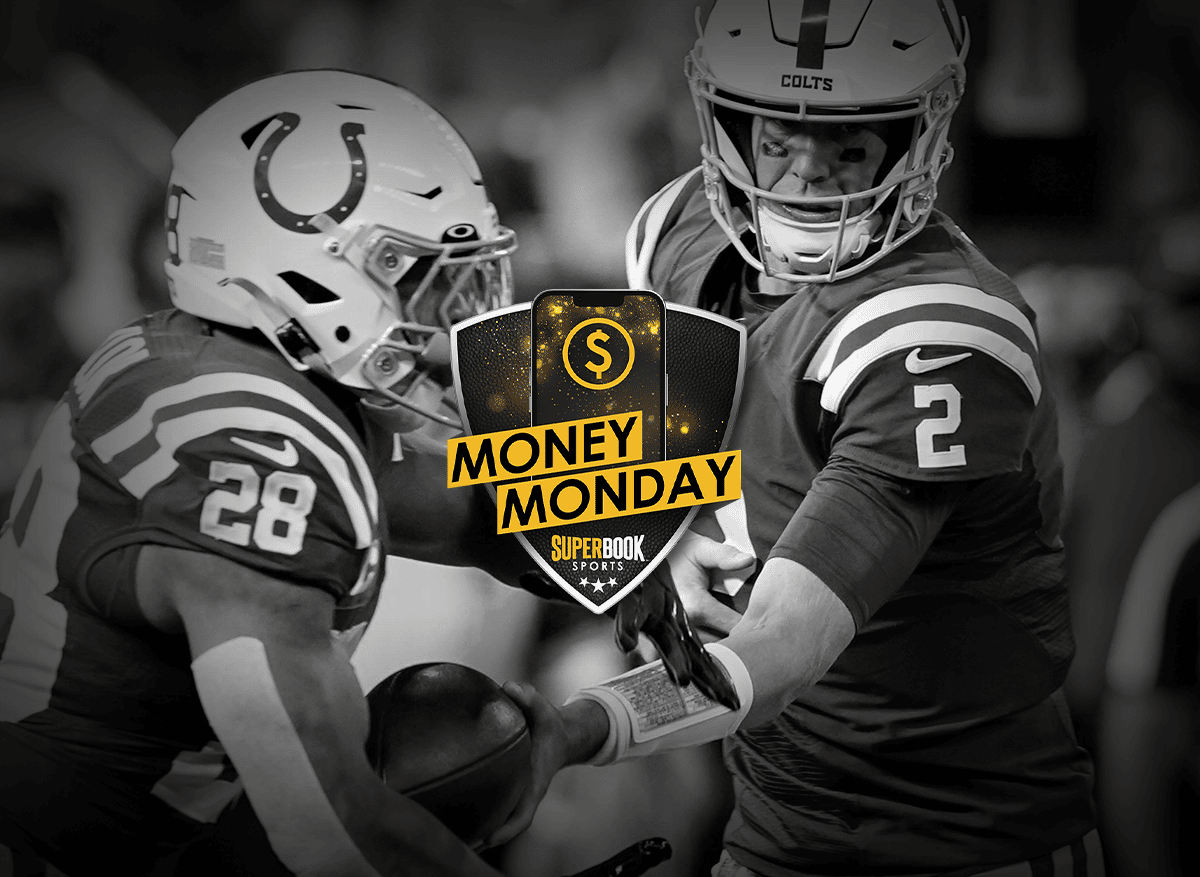 Three bets to make when the Colts host the Steelers

These two teams enter tonight with a combined record of 7-13-1, making this a less than marquee matchup. That said, there is some intrigue. Jeff Saturday has provided a bit of a spark for the Colts, as they remain somewhat in the playoff chase thanks to their new, unorthodox interim head coach. Meanwhile, the Steelers are in complete rebuild mode, limping toward the finish line at 3-7 with a rookie quarterback.

Left for dead after an embarrassing 26-3 loss to the Patriots, Indianapolis appears to have been brought back to life by the quirky and much-discussed hire of Jeff Saturday to be interim head coach. When owner Jim Irsay plucked the former Pro Bowl center off a TV set and onto the sidelines, it was the talk of the NFL world. But Saturday has given the Colts a shot of energy, beating the Raiders 25-20 in his debut, before losing a heartbreaker to the very good Eagles a week ago. Saturday ended the absurd Sam Ehlinger experiment and put Matt Ryan back in the lineup at QB. Ryan hasn’t been great since his return, but he’s at least helped give the offense some stability while running back Jonathan Taylor has finally found his groove. Meanwhile, the Steelers are just 2-7 after a Week 1 and have suffered defeats by 22 points and 35 points in two of their last three road games. Don’t overthink it, the rejuvenated Colts will cover this spread.

With a total set at 39.5, it’s easy to get baited into taking the over, but don’t fall for it. Indianapolis just held arguably the NFL’s most-explosive offense in the Eagles to just 17 points a week ago. They’ve gone under 39.5 in four of their last five games and it’s not like their offense is one that would be described as dynamic. Meanwhile, the Steelers have gone under this total in three of their last five games and can’t score on the road. In their last three games away from Pittsburgh, they’ve put up point totals of 13, 10 and 3, or an average of 8.67 points per contest. For as tempting as it is to hit the over on a smaller total, that won’t be the case tonight. The Colts take a fairly pedestrian and boring game, 20-10.

Over 85.5 rushing yards for Jonathan Taylor

In their last road game, the Steelers were gashed on the ground by Eagles running back Miles Sanders for 78 yards on just nine carries. That’s a whopping 8.7 yards per rushing attempt. You can bet Taylor is going to get a lot more than nine carries for the Colts, hence why hitting him to go over 85.5 yards on the ground at -115 is a good play. Since Saturday took over, Indy has been feeding Taylor the rock. He carried 22 times each game against both the Raiders and Eagles. He went for 147 in Las Vegas and a respectable 84 at home against Philadelphia. The Steelers defense isn’t nearly as good as the Eagles, so this will look more like the Raiders game for Taylor. The No. 1 overall pick in fantasy football is back. He will shatter his over 85.5 rushing yards against Pittsburgh.

It feels like the back-to-back games in Detroit, both of which turned into wins, has put the Bills back on course. They once again look like a Super Bowl contender, even if they’re not quite as good as they appeared early in the season. Meanwhile, the Patriots keep hanging around, despite a tough loss on the Thanksgiving. New England will keep it close, but Buffalo will pull away at the end and win by double digits.

The rematch of last year’s AFC Championship Game pits two of the league’s hottest teams against each other. Kansas City is currently the No. 1 seed in the conference, bringing a 9-2 record into Cincinnati. The Chiefs have won five straight and appear unstoppable. They’ll face a Bengals team that has climbed to 7-4, having won three in a row and four out of five. If Cincy can win the AFC race will get really interesting down the stretch. Look for that to happen.

The AFC-NFC battle is a potential Super Bowl preview. That’s how well both of these teams are playing at the moment. Miami is arguably the league’s biggest surprise. In the first season under head coach Mike McDaniel, the Dolphins are 8-3 and Tua Tagovailoa is playing like an MVP candidate, having thrown 19 touchdowns to just three interceptions to spark a five-game winning streak. Meanwhile, the 49ers have won four in a row, with Jimmy Garoppolo, Deebo Samuel, Brandon Aiyuk and Christian McCaffrey leading an explosive offense. This will be a doozy. Lean toward the home team.