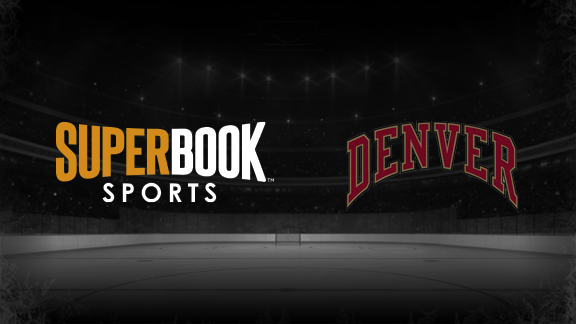 Posted By Ian St. Clair on September 2, 2021 at PlayColorado.com

At this point, the announcement of a sports betting deal isn’t really news.

It’s news when a day goes by and a partnership isn’t announced.

But when a sports betting deal with a university hits the wire, or social media these days, it’s major news. And there are now two tied to Colorado sports betting.

On Thursday it was announced that the SuperBook has reached a partnership with University of Denver athletics. The multi-year agreement was facilitated by Playfly Sports. According to the news release, the agreement includes branding, media hospitality and social media assets with a focus on responsible gambling and education for student-athletes.

As Karton Creech, vice chancellor for athletics, recreation and Ritchie Center operations, said in the release:

“As sports betting continues to become more and more of a passion for our fanbase, we felt that it was important to partner with a local company that we trusted to put an emphasis on responsible gaming. We’re also excited about the opportunity for the proceeds of this partnership to directly impact our student-athletes’ experience at DU.”

Responsible gambling is the main issue most have with these types of deals, especially since not everyone on a college campus is the legal gambling age of 21.

The fact that responsible gambling is a part of the early messaging is a positive sign. While the National Council for Problem Gambling (NCPG) has huge concerns over partnerships like this, one positive is bringing responsible gambling to light. To make this a priority for a population of people who are at higher risk of problem gaming.

The first sports betting agreement in the U.S. for a college and sportsbook was between PointsBet and the University of Colorado that was announced last year.

As Keith Whyte, the executive director for NCPG, said to PlayColorado earlier this year about the need to have the problem gambling talk with the younger population:

“There’s a great opportunity to have those same sorts of questions, that mainstreaming of this issue around college campuses, around deals like this. It does provide an opportunity to bring everybody to the table. It creates an opportunity to sort of help raise awareness, but at the same time, help educate students on if you’re going to gamble, how to do so responsibly. Because I know it never came up in my household, probably didn’t come up in your household. My parents gave me the talk about sex, drugs and rock and roll, and all that, but gambling never came up. And most kids we talk to haven’t thought about it that way.”

For now, if you attend DU sporting events, expect to see SuperBook branding. That means Pioneers hockey and lacrosse, given they’re both stalwarts for DU athletics.

And, of course, Jay Kornegay is a Colorado native.

This deal with DU will no doubt get eyeballs on the SuperBook but, more importantly, bring responsible gambling to light and how important of an issue it is.

As Kornegay, the executive vice president of operations, said in the release:

“Opening the SuperBook in Colorado as our first expansion market has exceeded our expectations. We couldn’t be happier that we’ve grown our presence by partnering with such a respected university and athletics program.”