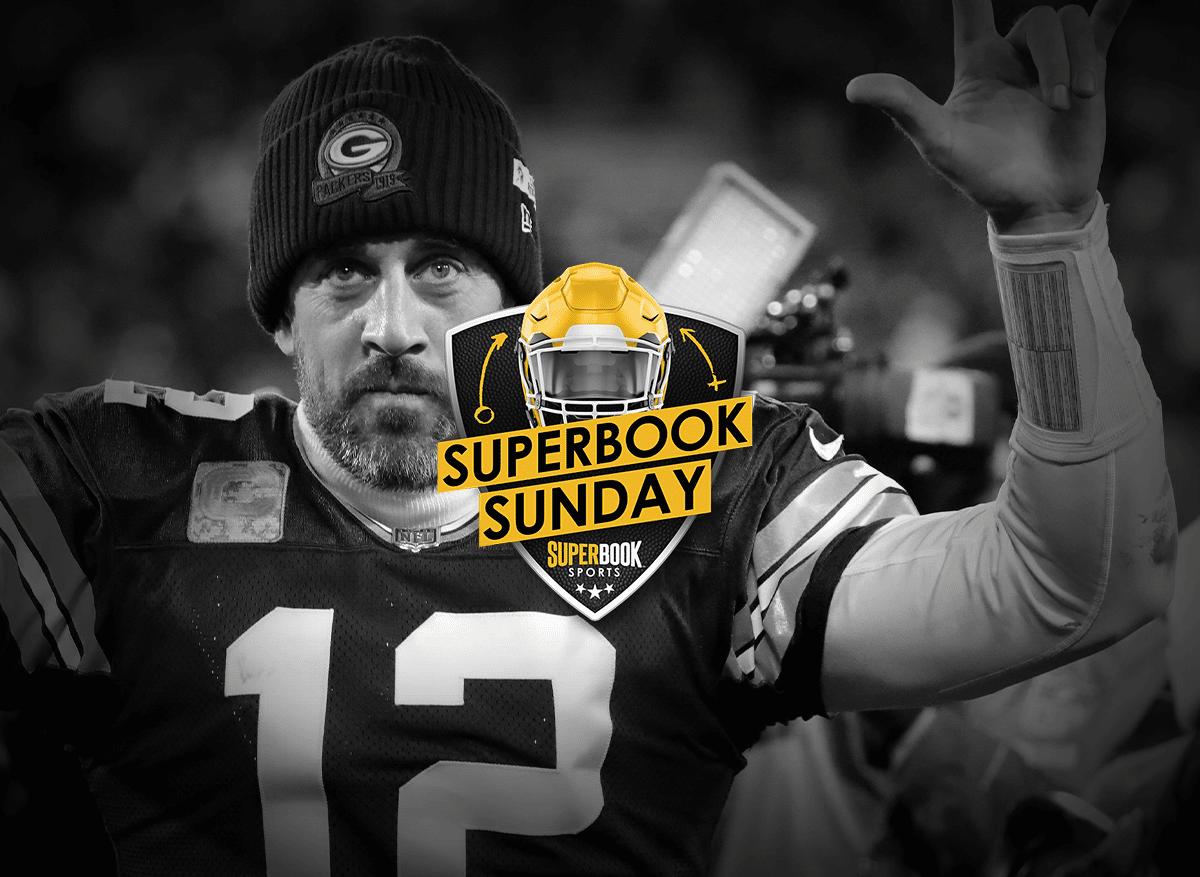 As Week 12 of the NFL season hits its apex on Sunday night, the question of “Whose league is it?” could be answered. Does the NFL in 2022 still belong to the likes of Aaron Rodgers and Tom Brady? Or has the league been taken over by the likes of Patrick Mahomes, Josh Allen and maybe even Jalen Hurts?

Sunday Night Football offers a must-see microcosm of this dilemma, as Rodgers and his Packers face Hurts and his Eagles. At 4-7, Green Bay is dangerously close to being an afterthought when it comes to painting the playoff picture, and even though they’re 9-1, the question of whether or not the Eagles are for real is a popular one.

With the line set at just under a touchdown and extra point, the oddsmakers are telling us this one should be a no-brainer. But, so long as Rodgers is lining up under center, anything can happen.

There are times when the only real rationale for any given bet is one’s gut. Yes, Green Bay has fallen short far too many times this season. Yes, after a big win over the Cowboys – who look like the real deal of late – the Packers lost 27-17 to the Titans. Yes, the Eagles are 9-1 and were viewed as perhaps the best team in the NFL just two weeks ago. Then again, what can you trust? The 9-1 Eagles just barely beat Jeff Saturday’s Colts last week, 17-16. Aaron Rodgers, just two weeks ago, put up 31 points against a dominant Dallas defense; he also beat up on the Jets, another pretty darn good football team. Should the Eagles win this game? Yes, they absolutely should. But how confident are you in Philly? After two shaky weeks, the answer is not very. The winner of this one is a toss-up, but don’t expect Philly to blow out the Packers.

While the game’s outcome isn’t easily predicted, assuming that these two teams can combine for a game that looks something more than 24-23 feels like a no-brainer. For starters, both teams average a combined 48.8 points per game. Almost ne whole field goal to beat the O/U feel like a nice cushion. Yes, Philly’s defense is very good. But, that same “good” defense, just gave up 32 to the Commanders. They also surrendered 35 to Detroit. There’s no singular stat or ranking that says the game should be a shootout; then again, 30-24 feels much “better” than 23-20. Take the over.

Throw out the records. Forget about the rankings. Just look at the fact that in 10 games this season, no matter how the Packers are playing, Aaron Rodgers has only thrown a touchdown or less three times. If the Packers are down, then Rodger will be playing catchup. If they’re up, it’s likely because Green Bay’s passing game is in full swing. Betting on Rodgers to have at least two TD passes is almost like betting on the sun coming up.

You like losing money? If you do, then betting on Denver has been your hobby of choice this season. The Broncos can’t seem to win or cover. But don’t fall into the trap of completely steering away from Denver. At last, the Broncos will line up from an opponent that’s undeniably worse than them in Carolina. That doesn’t mean Denver is good, but it does mean that the Panthers offense won’t score against the Broncos. And, luckily for Russell Wilson, the Panthers D isn’t that good – a cure for quarterbacks who are struggling. Denver is not a good football team, but Carolina is significantly worse. And with a price of -115, just take the Broncos (and their hapless offense) to win. Heck, they’ve got to sometime.

As Steve Quinne reiterated on Friday, this game represents a tale of two teams – one that’s been vastly overrated, and one that’s underachieved. While the Seahawks have been the surprise story of the NFL, it might be just about time for the clock to strike midnight on this Cinderella story. On the flip side, Las Vegas is loaded with talent on both sides of the ball. After an impressive showing against a Denver defense last week, it feels as if the Derek Carr-Devonte Adams connection is coming into its own. Four points – even in Seattle – is too many.

As of Saturday evening, throwing the Aaron Rodgers OVER 1.5 touchdowns is not something one can include in their Couch Potato Parlay. If you check back in and that changes, make that your third-leg wager of choice. But if not, that’s okay, bet confidently that the Packers will cover. The Eagles are not as good as their 9-1 record might indicate, and Rodgers will not go quietly into the night.