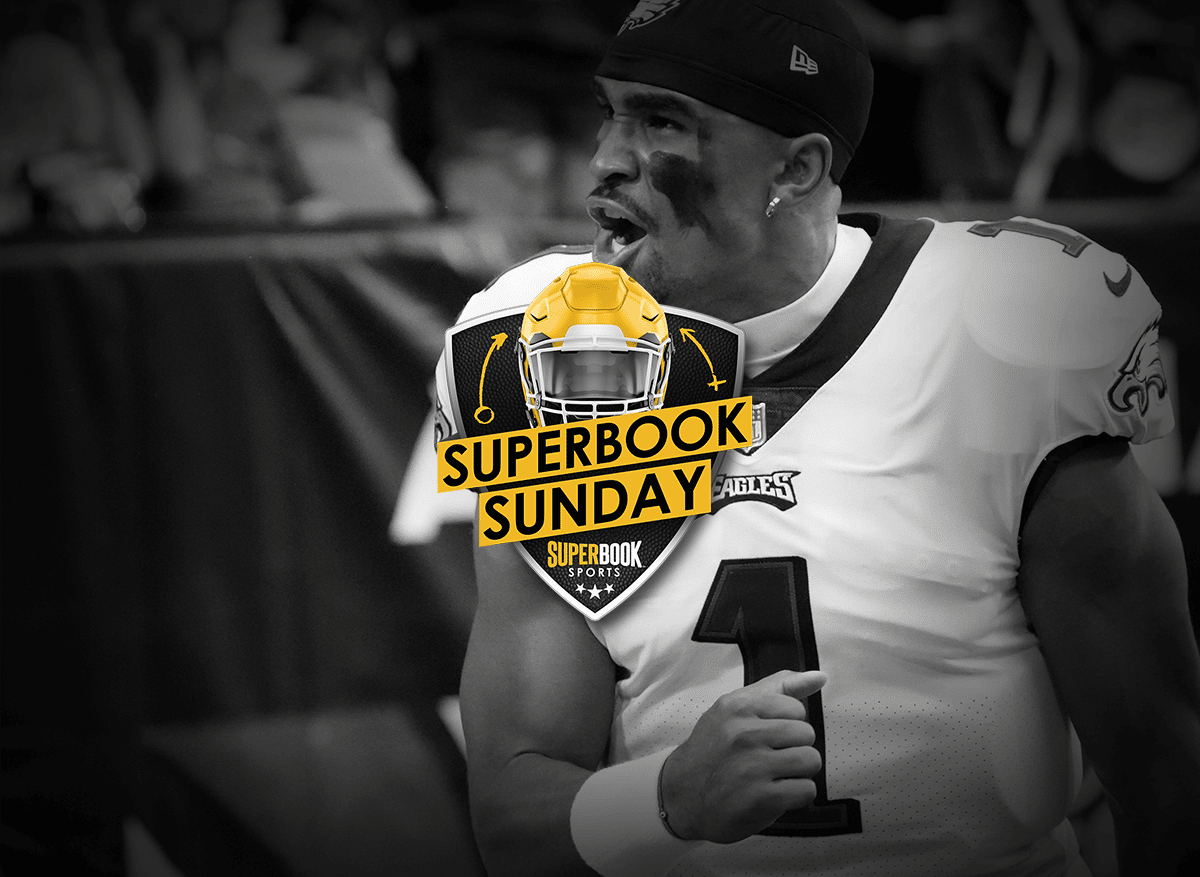 First place in the once-forgotten NFC East is on the line Sunday night. Remember when (like, three weeks ago) the NFC East was regularly dismissed as an also-ran conference? Well, that’s no longer the case, as the Eagles have caught the attention of football fans far and wide, while Dallas has somehow managed to be respectable without Dak Prescott. And speaking of Cooper Rush, will he play? Yes he will according to sources. And that’s why SNF is so very intriguing this week. Not only is the division on the line, but it’s a showcase of both Jalen Hurts and Rush – and both have been far better than expected.

America, this is your team! What are we doing here? The Cowboys defense is legit, averaging just over 14 points per game against. Yes, Jalen Hurts represents a different kind of player, but consider that the Cowboys held the defending Super Bowl champs to just 10 points last week – on the road! – and the Eagles suddenly don’t seem so scary. And let’s not forget that Cooper Rush is 4-0 as a starter and hasn’t thrown an interception. Will Rush go undefeated his entire career? Of course not. But can he cover the spread in the City of Brotherly Love? Bet on it.

Proceed with caution here, as this is a number Steve Quinne doesn’t particularly like. Is the number right? Perhaps. Does it feel low? Indeed, it does. But could a Cowboys defense that’s been impressive all year long keep Hurts in check? That’s certainly plausible. Perhaps more importantly, could the Cowboys score more than 25 (their scoring high this season)? Anything is possible, but it sure feels like an excellent defense paired with a mediocre offense. Besides, the under has been of fire this entire season across the board.  Don’t bet the farm on the O/U here, but if you must bet, go with the under.

Again, let’s not get crazy here. The Cowboys defense is tough, very tough, but how will Philly attack? That’s the question. And you’d best believe that Dallas has spent a boatload of time this week concentrating on how they won’t let Hurts beat them with his feet. As such, Hurts’ arm will be called upon to carry the load. And that’s a load he’s fully capable of handling. Yes, Hurts is an athlete who can do it all, but on Sunday night, Dallas will try to curb his ground effort, so Hurts will counter with a pair of touchdowns in the air.

No need to overthink this one, as it’s a tale of two vastly different teams. Minnesota is a team that most believed would be good this season – and at 4-1, most would be right. On the flip side, Miami is a team that surprised everyone out of the gates. However, Miami is also down to its third string quarterback, Skylar Thompson. And you know what? Third-stringers don’t beat Kirk Cousins. They just don’t.

Besides, those Dolphins don’t look like the Dolphins that have been swimming of late. No matter what records or stats or anything else say, there’s no hiding a blowout at the hands of the J-E-T-S, Jets! Jets! Jets!

The Vikings are 4-1 under first year head coach Kevin O’Connell. Their only loss came against the Eagles, who are currently undefeated at 5-0. Minnesota has had some close games, and their defense doesn’t look fantastic, but at the end of the day, they are winning and that’s all that matters.

The Dolphins are a playoff team with quarterback Tua Tagovailoa as the starter. They are decent when they have Teddy Bridgewater. But with Thompson? They’re an also-ran. The Dolphins best weapons come in the form of receivers Tyreek Hill and Jaylen Waddle. They are difference makers, but only when they can get the ball in their hands. With Thompson likely starting, that probably won’t happen too often.

The Minnesota Vikings are currently the No. 2 seed in the NFC. They are arguably one of the best teams in the league and they have a multitude of weapons such as Justin Jefferson, Dalvin Cook and Adam Thielen. The line on this one should be way more in favor of the Vikings.

Recall how we just referenced the Rams (above). In a loss. To the Cowboys. Hey, that’s starting to look pretty forgivable, considering the Cowboys defense. And the only thing the Cowboys and Panthers have in common at this point is that blue is one of their colors.

The Rams may not be the juggernaut they were a season ago, but they’re far from chopped liver. Meanwhile, the Panthers are chopped liver at best. With speculation that Christian McCaffrey could be traded, and a season that’s already forgettable, there’s no reason to think that the Panthers will respond positively.

The Rams might not be on a direct path to the Super Bowl again, but they’ve still got talent and pride. L.A. isn’t about to lost three straight; they’ll take their recent struggles out on the Panthers.

There are a multitude of ways to go here, so take your pick. Steve Quinne likes the ‘boys to cover and feels pretty good about Jalen Hurts throwing a pair of touchdowns. On the flip side, if you don’t feel as good about either of those, consider a bet on Cee Dee Lamb hauling in OVER 5.5 receptions. With Zeke Elliott seemingly falling from grace as the Cowboys top offensive weapon, the next best place to look is at Cee Dee Lamb. Forget that Cooper Rush is a bit of a wildcard. In fact, that’s even better. In a pressure-packed game, a young inexperience quarterback will – in theory – seek out his best pas catcher. As such, Cee Dee Lamb could be in for a big game.