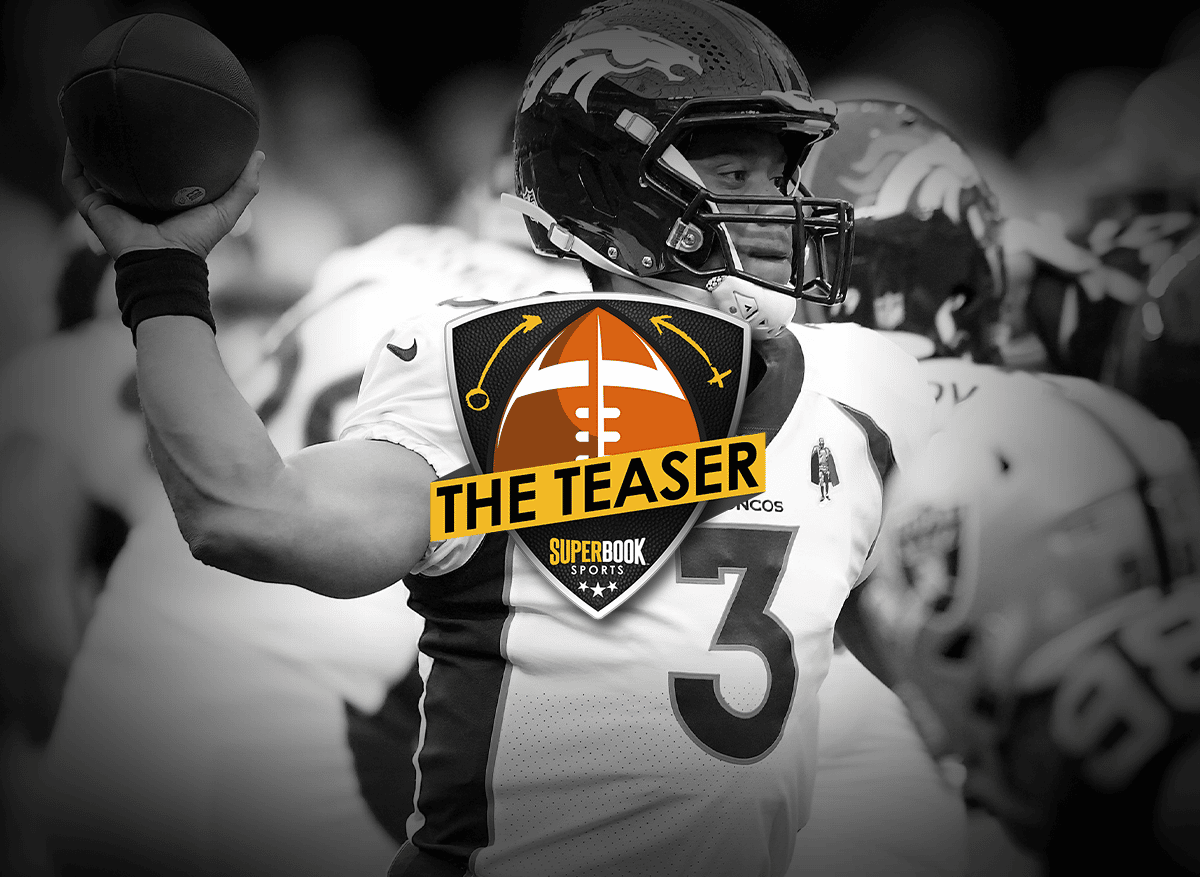 Three bets worth making when the Broncos host the Colts

Two teams with playoff aspirations heading into the season come scuffling into this Week 5 showdown, looking to get back on track. The Broncos are 2-2, fresh off a loss at the Raiders, and trying to find a rhythm in year one with Russell Wilson. Meanwhile, the Colts are 1-2-1, having dropped a game at home on Sunday to the Titans, and without their best offensive player, as Jonathan Taylor will be sidelined due to injury.

Broncos -3.0 – Matt Ryan has not been good in his first year with the Colts, but he’ll need to shoulder more of the load tonight with Jonathan Taylor on the shelf. Indianapolis is a run-first team, so they won’t be the same without their All-Pro running back. Meanwhile, the Broncos offense is starting to click a bit, as Russell Wilson led Denver to 23 points last week in Las Vegas. It’s hard to see Ryan and company going into the Mile High City and beating Wilson’s new team.

Under 42.0 – This is a very low total, as they’re begging people to take the over. Why? Because the Broncos are averaging just 16.5 points per game, while the Colts are at 14.3. Denver could exceed that total, given the Broncos are at home and showed improvement last week on offense. But Indianapolis will struggle, especially against a good Broncos defense and with the Empower Field crowd making life difficult. Expect another low-scoring affair for Denver in primetime.

Melvin Gordon over 58.5 passing yards – After his fourth fumble in four games, with the latest miscue turning into a scoop-and-score for the Raiders, most people in Broncos Country wanted Melvin Gordon sent packing. But with Javonte Williams lost for the season, the running back received a stay of execution. On a short week, Denver had no choice but to stick with Gordon. He’ll get plenty of opportunities to author a redemption story.

Murray said last Sunday was the first of the NFL season where the house didn’t win.

“First losing Sunday,” Murray said. “But there are 18 regular season weeks. There will be a few where too many favorites cover the point spread, too many house players hit you big, and you take a loss. It’s part of the experience.”

Download and check out The Oddsmakers wherever you pod.

Since Nick Saban took over the program at Alabama, he is 14-1 outright and 11-4 against the spread (ATS) when playing teams he lost to in the previous season. Last season’s 41-38 loss to the Aggies still stings for the Crimson Tide.

There was some beef between Jimbo Fisher and Saban during the offseason, adding even more fuel to the fire of this one. And now, Alabama gets Texas A&M in Tuscaloosa, setting the stage for a revenge game on national TV.

A&M is just 1-5 ATS in their last six road matchups. The Aggies are fresh off a 42-24 loss against Mississippi State. Alabama has a chance to kick them while they are down after boat racing Arkansas last week.

The Crimson Tide have outscored their opponents 242-55 this season. Meanwhile, the Aggies have already dropped two games in what’s been another disappointing year in Aggieland.

This is a classic revenge spot for Saban and the factory that is Alabama football, Bryce Young’s status is still up in the air, but this team should be good enough to stomp A&M, especially with a motivated Saban.

UCLA was a winner last week against Washington, so it’s time to fade the Bruins. They’re 5-0, but facing their toughest test of the season. The Bruins have been electric this season, especially on offense, but this is a prime sell-high spot after an emotional victory last week.

Since losing to Florida in disappointing fashion, Utah has not lost a game. The Utes are 4-1, winning by an average of 35 points during that span.

The Utes are 5-0 ATS in the school’s last five meetings. The favorite is 4-0 in the last four meetings and Utah is 4-0 ATS in their last four at UCLA. The Bruins are 0-4 ATS their L4 homes against a team with a winning road record.

Outside of last week, UCLA hasn’t beaten a quality opponent this season. Utah is just the better team. Fade the Utes, but consider buying a half point to get the number down to 3.0.

This is the biggest game in Lawrence in quite some time. The Jayhawks are 5-0, one of the surprises of the college football season. They’ll face a tough test this week, however, as the Horned Frogs come in at 4-0.

Kansas head coach Lance Leipold is already rumored for some of the big-time vacancies across the college football landscape. He’s in demand for a reason, as Kansas has rolled to a perfect start, including wins over West Virginia, Houston and Iowa State.

TCU is in a potential letdown spot after they embarrassed Oklahoma last week. It was the Horned Frogs biggest test of the season, which they passed with flying colors, winning 55-24.

The underdog is 7-3 ATS in the last 10 meetings between these two teams. TCU is just 1-4 ATS in their last five at Kansas, however.

While the Horned Frogs have been running up the score as of late, KU has the mix of good coaching and smart strategy to stick around in this one. The Jayhawks are getting nearly a touchdown at home. That’s the play, as the magic carpet ride continues.