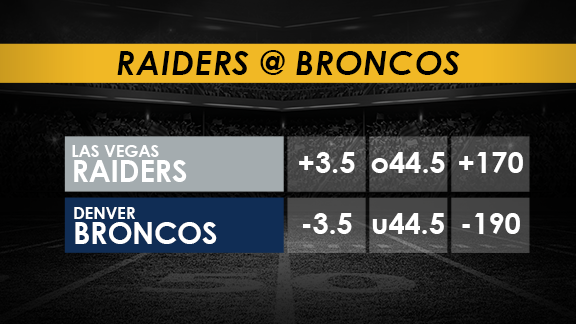 After Jon Gruden resigned as Raiders coach Monday night, the line on Sunday’s game at Denver moved from Broncos -3 to -3½ and has since climbed to -4 at the Westgate SuperBook.

“Most of that movement was based off their performance against the Bears. But there has been a little bit of money on the Broncos coming in.”

Circa Sports and the South Point reported taking bets on the Broncos -3 as the Gruden news was breaking before moving the spread to 3½.