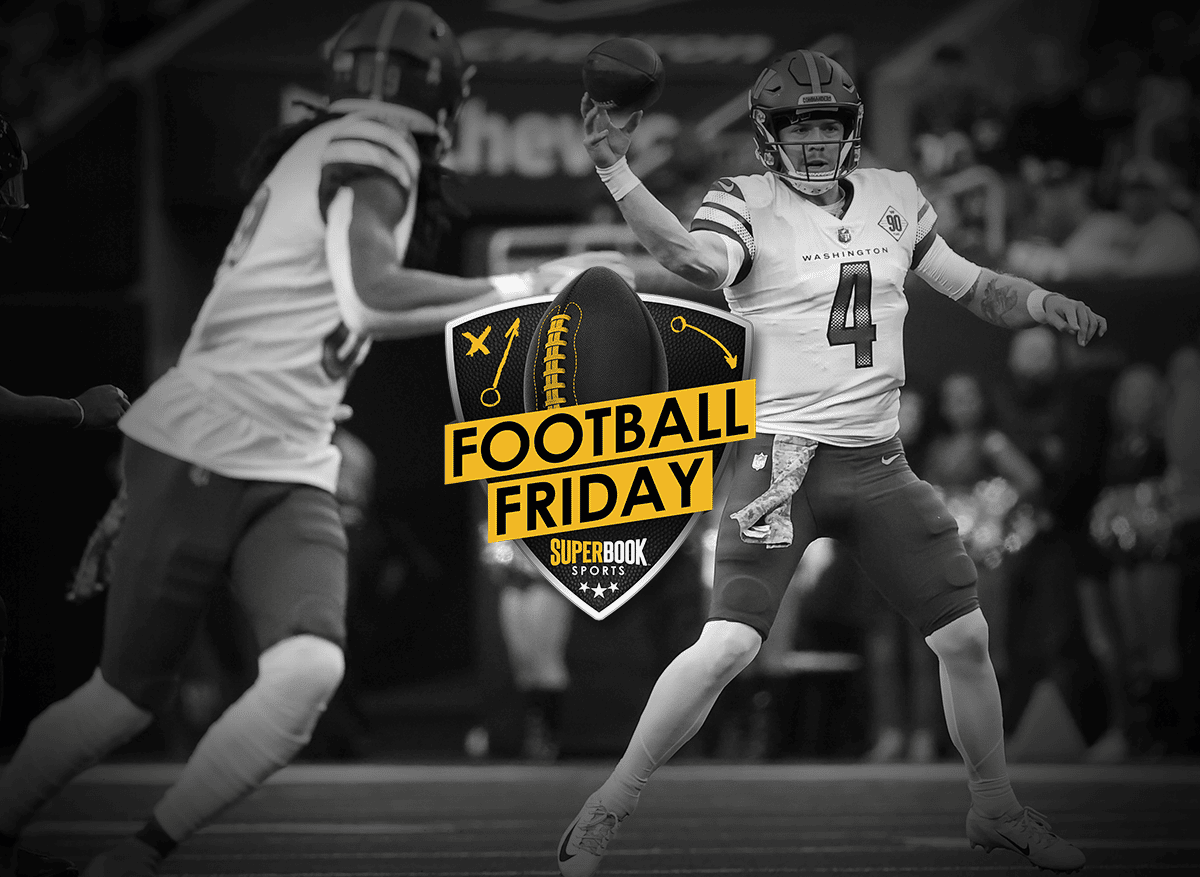 The Broncos aren’t very good, but neither are the Panthers. Carolina is an underdog at home for the fifth time this season. Denver comes into the game at 3-7, despite having arguably the best defense in the NFL.

Denver’s offense has been stagnant, to say the least. But the Panthers aren’t much better. Denver’s offense is 32nd, Carolina’s is 25th. If there’s any time to pick the Broncos, it’s now.

Their playoff chances are pretty much gone, but they need a win more than ever. Head coach Nathaniel Hackett’s job may be in jeopardy if they lose.

The Broncos always seem to be in the game and they rely on their defense. Usually, it doesn’t work out, but it will this week as Carolina is struggling on not just one side of the ball, but both.

When making a list of good teams that may be frauds, the Seahawks are on it. They are now 6-4 after losing in Germany to the Buccaneers.

It was their first loss since Week 5, and it really wasn’t even close. The final score makes it seem like it was, but the Seahawks had three points going into the fourth quarter. They finished strong with a 13-point rally in the final stanza, but overall, the Seahawks offense struggled. It was their second-lowest point total of the year, and they scored just one touchdown.

Seattle is coming off of their bye week to face the Raiders. Las Vegas is on another list, one comprised of teams make people say, “They should be better.” The Raiders have tons of talent, but still only three wins.

This may be the week where things finally click. The Raiders are the type of team where if they get going, could go on an impressive run. Will it happen? Probably not. But, Las Vegas is coming off an overtime walk-off win in Denver that surely has the Raiders riding a high.

There’s always one game a season in which we see a Chad Henne appearance, and this may turn into it. The Chiefs backup quarterback doesn’t get much playing time, but that’s a theme for this one.

Bryce Perkins, the third string QB for the Los Angeles Rams, doesn’t either. But he’ll get the start in Kansas City. Matthew Stafford and John Wolford are both ruled out for Sunday’s matchup, so Perkins will get his first career start.

The Rams will also be without Cooper Kupp, who was placed on IR after getting injured in Week 10. Needless to say, this game will not be a close one.

At the beginning of the year, this matchup was circled on a lot of calendars as one of the top games of the season. Now it has the makings of what could be the biggest blowout of the year.

The Chiefs average 30.0 points per game, while the Rams are only at 16.8. It is sure to be less with Perkins as the starter.

The over/under for this one is set at 42.5, and the Chiefs may get that all by themselves. This one will be a rout. And Chad Henne could see the field.

The Buccaneers are playing better, having won their last two games heading into their bye week. But it’s not as though their offense was humming along. They scored 16 in their win over the Rams and 21 in their victory over the Seahawks. That’s right in line with their 18.3 points per game throughout the season. The Browns are better offensively, averaging 24.0 on the year. But in their last two games, Cleveland has scored just 23 and 17 points, respectively. This feels like a 20-17 game, with both teams sputtering.

The Commanders quarterback has only eclipsed this passing total in one of his five starts this season, so the under seems like the logical play. However, his opponent this week suggests going the other direction is the wise move. The Falcons have the fourth-worst pass defense in the NFL, giving up 266.3 yards per game. Thus, Washington will find some success through the air on Sunday, helping its QB reach this relatively low passing yards total for the second time this year.

The Raiders running back is averaging 93.0 yards per game. He’s posted four 100-yard games this season, including 109 last week in Denver. So, he certainly has it in him to hit this total. Given the fact that the Seahawks aren’t very good against the run, giving up 140.9 yards per game on the ground, Las Vegas will certainly try to establish control of the game by feeding the ball to Jacobs early and often. Look for him to hit this total relatively easily.

The Fans Have Spoken – It’s taken a long time for the powers that be in college football to figure it out, but they’ve finally provided a path for the underdog to have a shot in the playoff. Last year, it was Cincinnati. And even though the Bearcats didn’t fare well, that hasn’t changed public opinion. This season, the fans want to see TCU get their opportunity, assuming they can run the table and remain undefeated. The Horned Frogs were the landslide winner of an ESPN poll asking which team should get the No. 4 seed

Charges Filed – The ugly incident in the tunnel at Michigan Stadium on Oct. 29 has resulted in problems for the players involved. Seven Michigan State players face legal trouble after the Washtenaw County Prosecutors Office decided to file charges for their involvement in the attack on two opponents. It was a move that was heralded at the University of Michigan and should be universally praised around college football.

Living Up to the Name – In 1935, the annual battle between Ohio State and Michigan was moved to the last week of the season. It’s always a huge game to the two fan bases and typically has national title implications. But this season, “The Big Game” is worthy of that moniker. For just the fourth time in the history of the rivalry, both the Buckeyes and Wolverines will be undefeated when they face off.