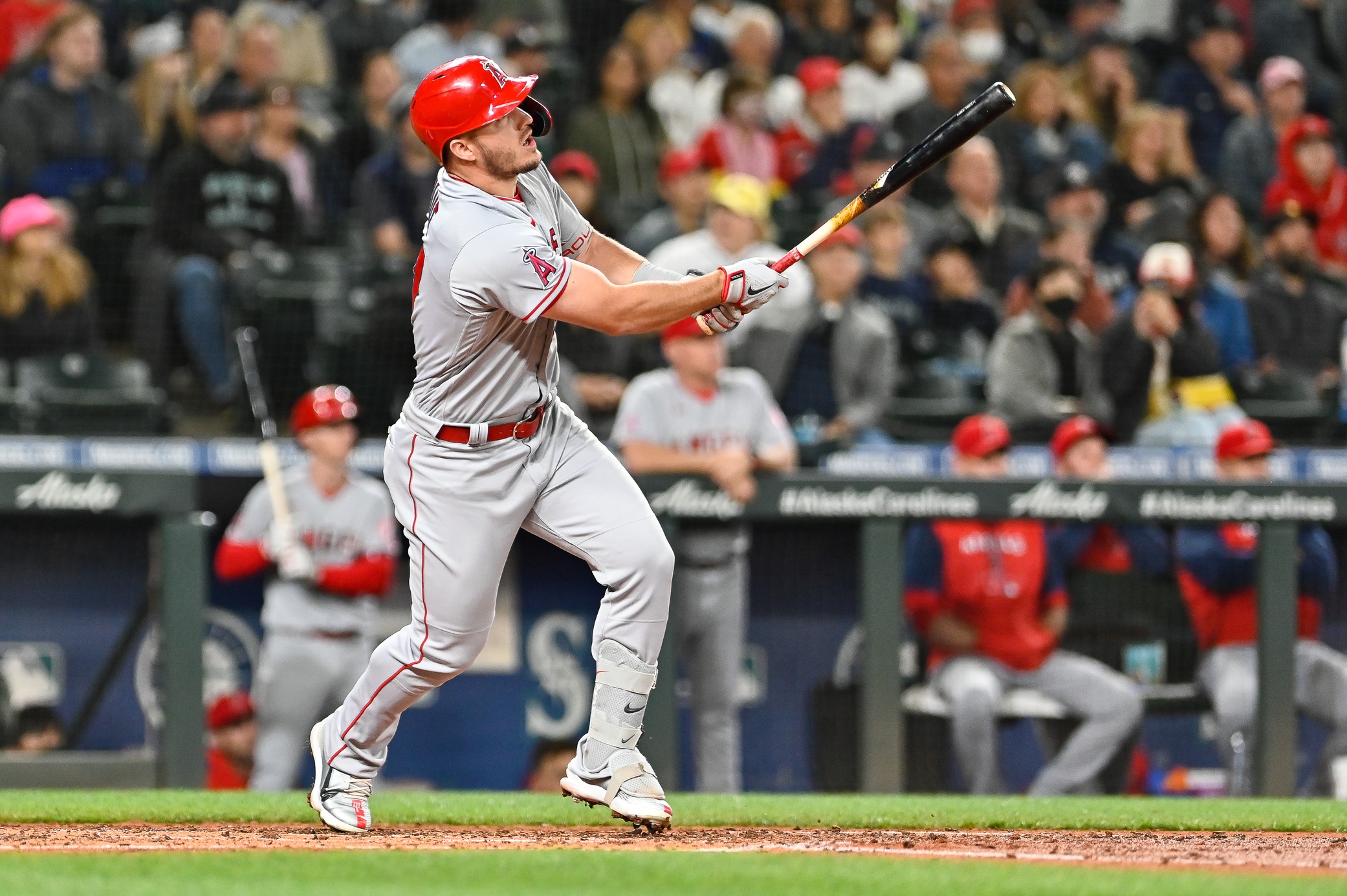 Can Mike Trout help the Los Angeles Angels keep working their way toward .500?

The All-Star centerfielder is swinging a hot bat, something he’ll try to continue against the Kansas City Royals

Everything about the Angels season has been weird. And it’s not even the end of June.

They’ve seen their manager get fired. One of their best players just landed on the 60-day injured list. And they’re fresh off an ultra-rare, five-game series at Seattle.

It’s been bizarre. To put it mildly.

Thankfully for Los Angeles, one thing is starting to make sense. Mike Trout is catching fire.

During the Angels trip to Seattle, the centerfielder hit five home runs. He now has 21 on the season, second in the American League to Aaron Judge. He’s hitting .290, with 43 RBI, to lead Los Angeles in all three categories.

Trout will have a great opportunity to continue swinging a hot bat on Monday. Kansas City trots Kris Bubic to the mound, a lefty who is 0-4 on the season with an 8.36 ERA. In his last two outings, Bubic has given up seven runs in 9.2 innings of work.

The Angels counter with Noah Syndergaard. The righthander is just 4-5 on the season, but he does have a respectable 3.53 ERA. And in his last two outings, he’s been solid, giving up just two total runs to the Dodgers and Red Sox. He didn’t get any support, however, as L.A. lost those games 2-0 and 1-0, respectively.

The Angels are still trying to dig their way out of the hole they dug during their losing streak. But a series with Kansas City is just what they need to keep climbing.

It’ll start on a good note. The Angels have the best player in the series, and they have the decisive pitching edge in the opener. They’ll win on Monday night.