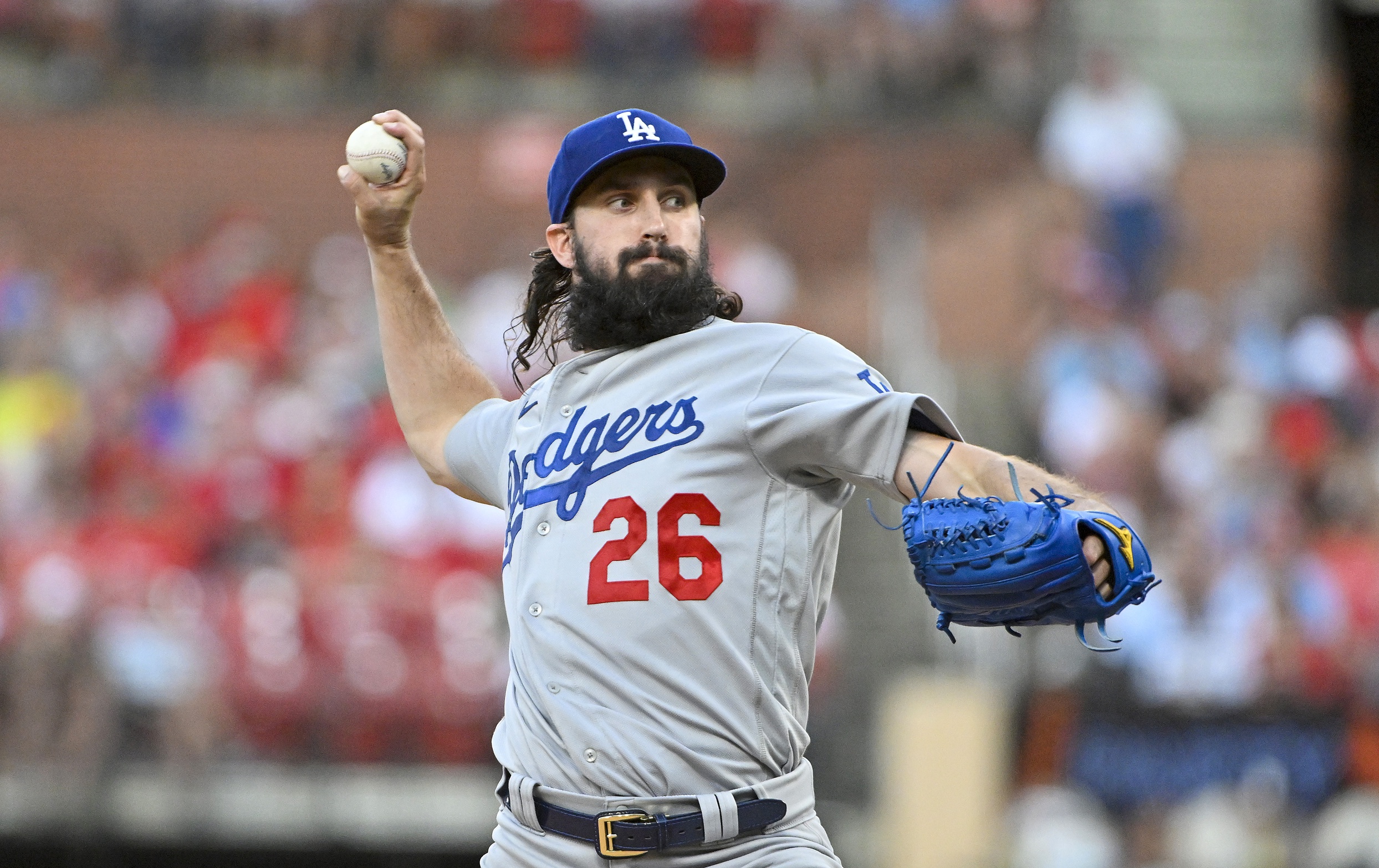 Does Tony Gonsolin have to remain perfect to be a Cy Young winner?

Home » Does Tony Gonsolin have to remain perfect to be a Cy Young winner?

The National League is loaded with Cy Young candidates. Miami’s Sandy Alcantara is the current frontrunner for the award, boasting a sizzling 1.76 ERA that is hard to ignore. Corbin Burnes is a strikeout machines, putting the Milwaukee hurler in the discussion. And Max Fried has already posted double-digit wins, helping Atlanta overcome a rough start to get back into contention.

All three could win the award. They’d be fine choices.

But to some extent, they kind of blend together. Alcantara is 9-4. Burnes is 7-4. Fried is 10-3. Those are good records, but nothing that jumps off the page.

He’s having a dazzling season, one that will be tough to ignore. Plus, his team is running away in the standings. Los Angeles is 60-30 at the All-Star break, 10.0 games up in the NL West and 2.5 games in front of the Mets for the best record in the league.

If Gonsolin’s stat sheet remains unblemished, he’ll walk away with the award. It’ll be too hard to ignore a pitcher with 18, 19 or 20 wins and zero losses. But that’s not the only path available; the righty doesn’t have to be perfect to win the Cy Young.

The Dodgers will likely win 100 games. That always gets the attention of baseball voters. Gonsolin posting right around 20 wins, with just one or two losses, will give him a better record than the other candidates. If his ERA remains near 2.00, he’ll easily have the best resume.

An ace on the best team in baseball, with an impressive record and league-leading advanced stats? Sounds like a Cy Young winner already.