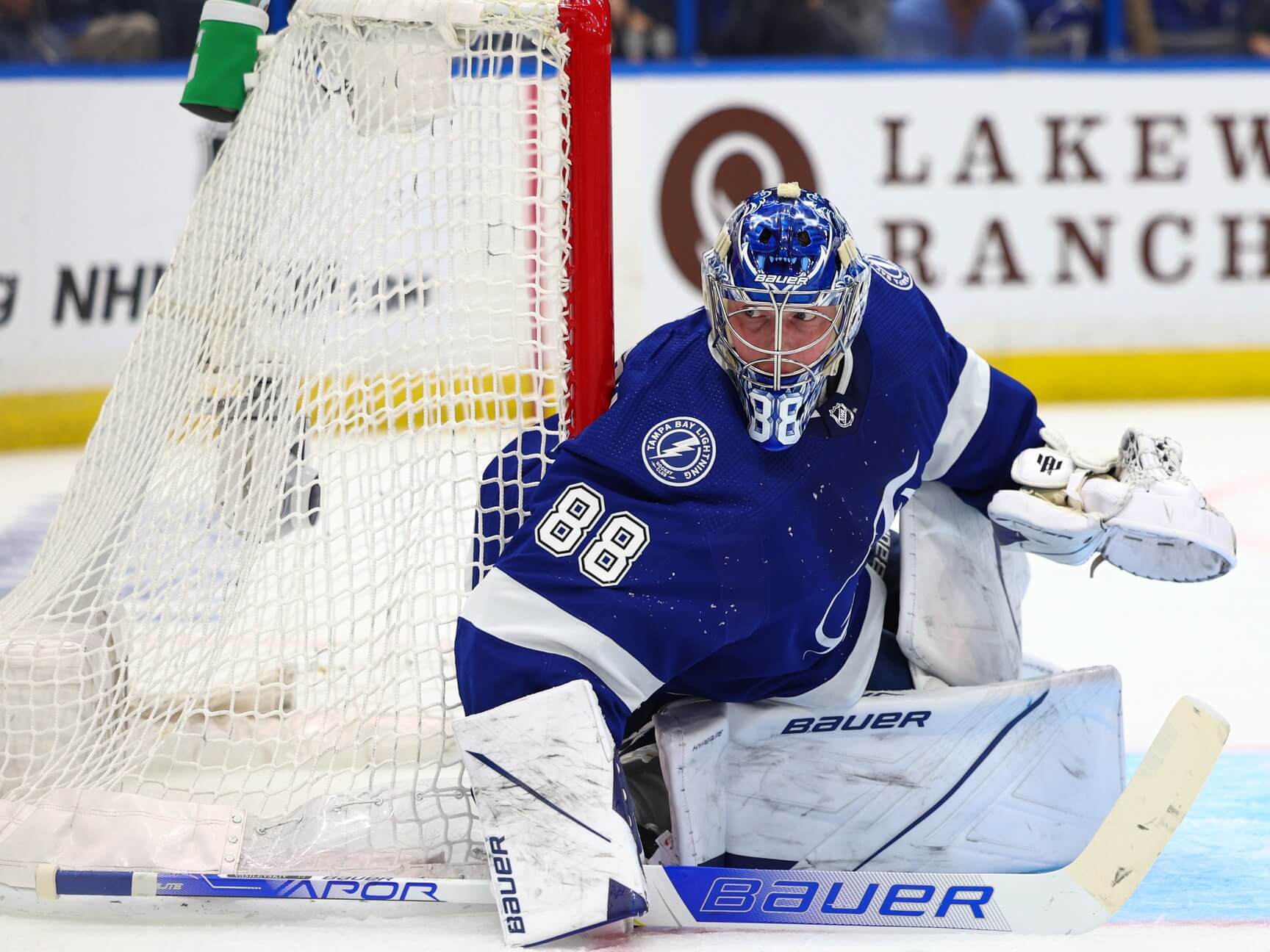 In the Eastern Conference Finals, it’s all about riding a hot goaltender to victory

While the Western Conference Finals looks like it’ll be a bunch of games with softball-like final scores, things will be different in the East. The oddsmakers might not be able to set the total high enough in the Avalanche-Oilers series, while jumping on the under could be the smart play in Lightning-Rangers.

Why? Because this matchup is all about the two netminders.

Andrei Vasilevskiy might be the best in the business. Tampa Bay’s goaltender won the Vezina Trophy in 2019, led the team to back-to-back Stanley Cup titles in ’20 and ’21, and capped things off with a Conn Smythe-winning performance in last year’s playoffs. He’s the definition of a goalie who can carry a team in the postseason.

On the other side, Igor Shesterkin is arguably just as good. In just his third NHL season, the 26-year-old netminder led the NHL in save percentage (.935) and goals against average (2.07). He posted six shutouts during the regular season, evidence that he can leave the opposition helpless on any given night.

It’s a bit of a mystery trying to decode which goalie will be hotter. Thus, a deeper dive into other factors is necessary for Game 1.

New York went 3-0 against Tampa Bay in the regular season, outscoring the Lightning 10-4 in those three games. The Rangers are 6-0 in their last six home playoff games, besting the Penguins and Hurricanes by a total of 21-10 at Madison Square Garden.

Tampa Bay might be a little rusty. The Bolts haven’t played since May 23, after dispatching of Florida in four-straight games. Meanwhile, New York is coming off an emotional Game 7 win at Carolina on Monday night.

But a smarter play is to ride Vasilevskiy. In four games against the Presidents’ Trophy winners, he surrendered just three total goals. He won’t give up that many in Game 1.