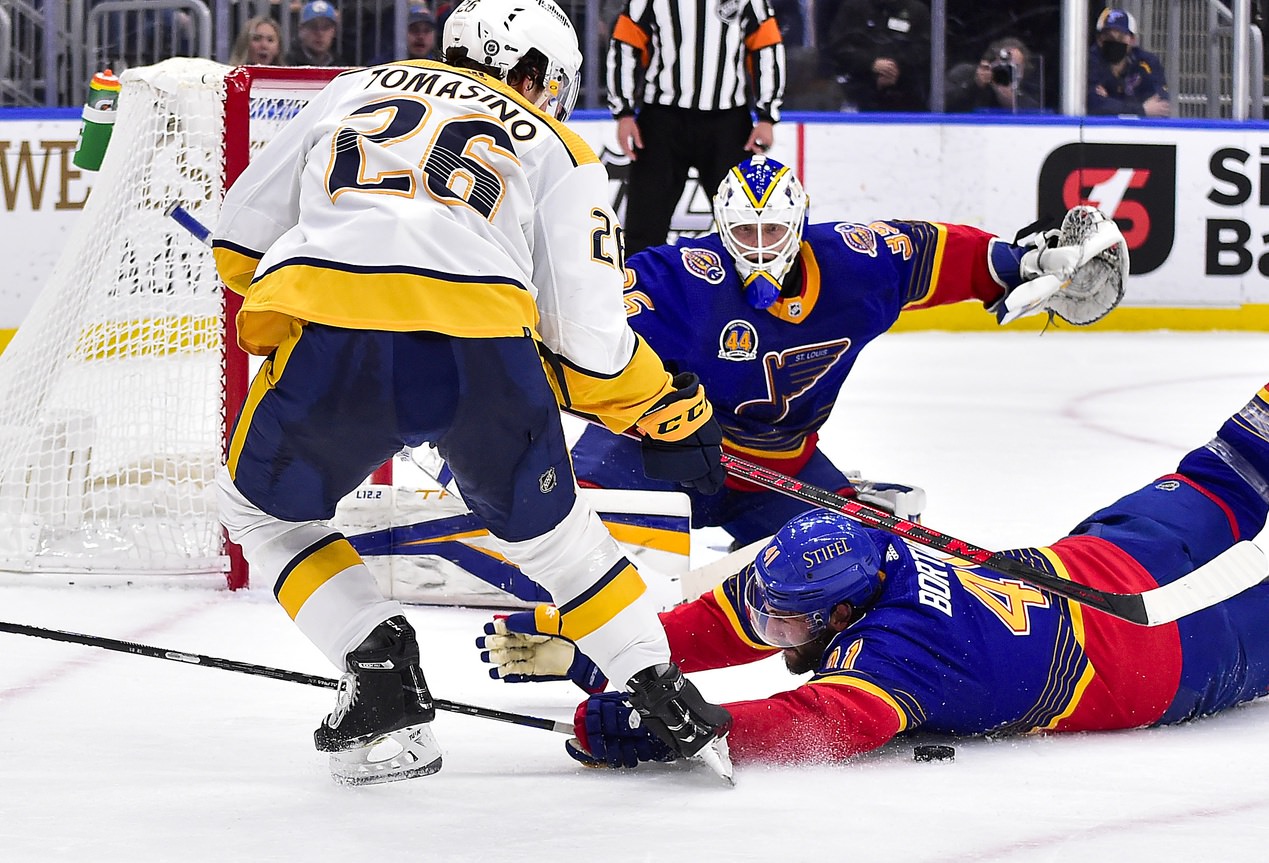 Singing the Blues in Nashville

Home » Singing the Blues in Nashville

It would stand to reason that the second leg of a back-to-back, on the road, would be a tough matchup for anyone in the NHL. This late in the season, tired legs could get the best of most teams.

The St. Louis Blues are not most teams.

Following a 6-5 over the Wild on Saturday night, the Blues will head to Nashville for another battle against the Predators. Saturday’s win gave St. Louis its ninth straight 100-point season and sole possession of second place in the Central – at least for now. And that is the key: There’s no room for error if St. Louis wants to keep home ice advantage in the postseason.

Impressively, the Blues have won eight straight games and are 10-0-1 in their last 11 contests. Nashville, sitting in fourth place in the Central, has been good, just not that good. The Preds have sputtered along in April going 4-4 in their last eight.

While betting on the Blues feels like riding black or red in roulette after the same color has come up eight straight times, the healthy and incentivized Blues are still the right play here. The boulder appears to be rolling down the mountain, and Nashville isn’t going to stop it today.