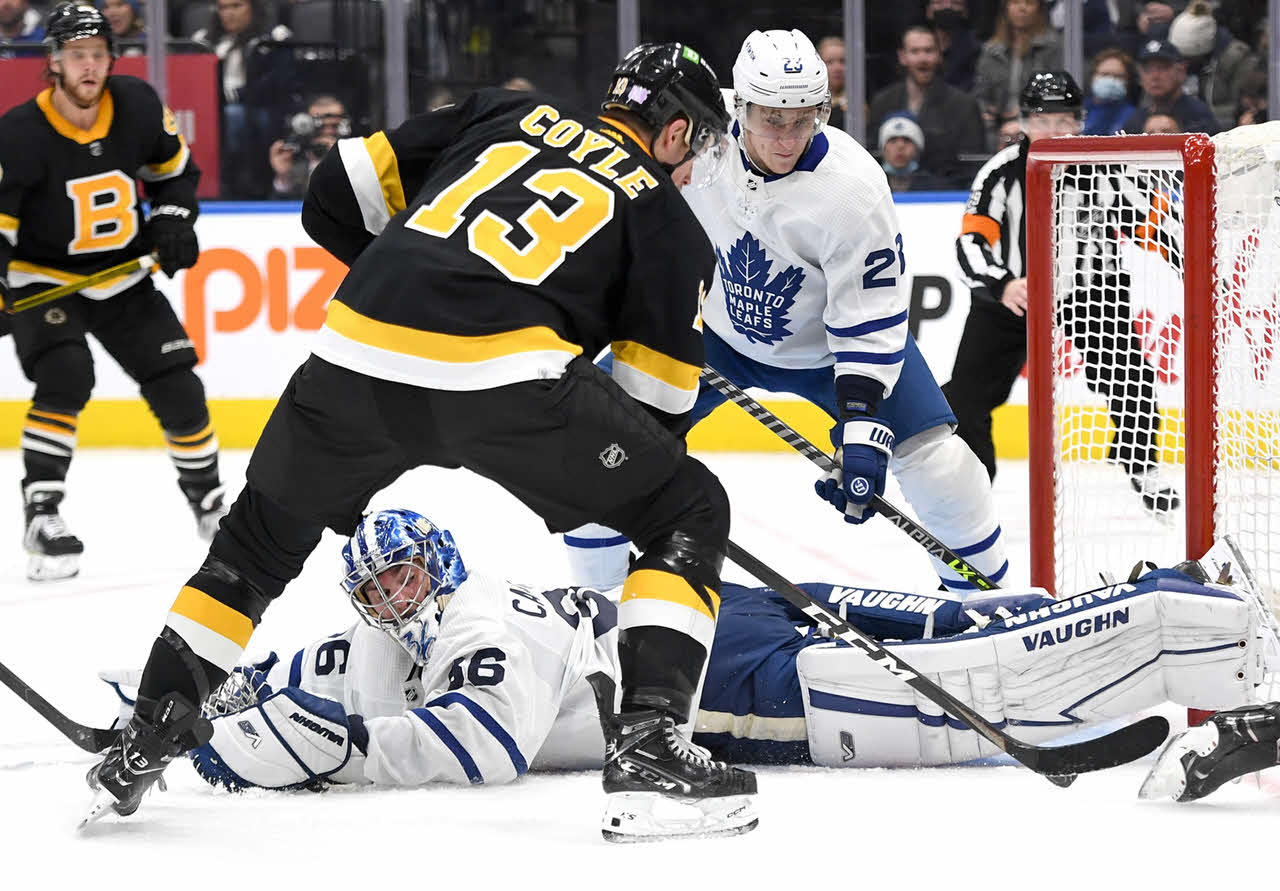 What a matchup tonight in Boston! It’s the Bruins (41-19-5) hosting the Maple Leafs (41-19-5) in a pivotal matchup between teams vying for playoff positioning in the Eastern Conference.

Currently, both are one point behind Tampa Bay for the No. 2 spot in the Atlantic Division. They’re on the cusp of earning home-ice advantage in the first-round of the postseason. Or they could slip into one of the two wild card spots.

Anything could happen. And tonight will go a long way in determining the outcome.

Currently, Boston is playing better hockey. The Bruins have won four-straight games, including their last two at TD Garden.

Meanwhile, Toronto has been a little inconsistent. An every-other-night pattern of wins and losses has developed in its last five games, including a head-scratching setback at Montreal on Saturday.

While Jack Campbell remains sidelined, although he is expected on the ice for the Maple Leafs morning skate on Tuesday, look for Petr Mrazek between the pipes. Toronto just isn’t the same without its one-time Vezina Trophy candidate in net.

That tilts the scales toward the home team. In what should be one of the best games of the night, it’s hard not to go with the Bruins.