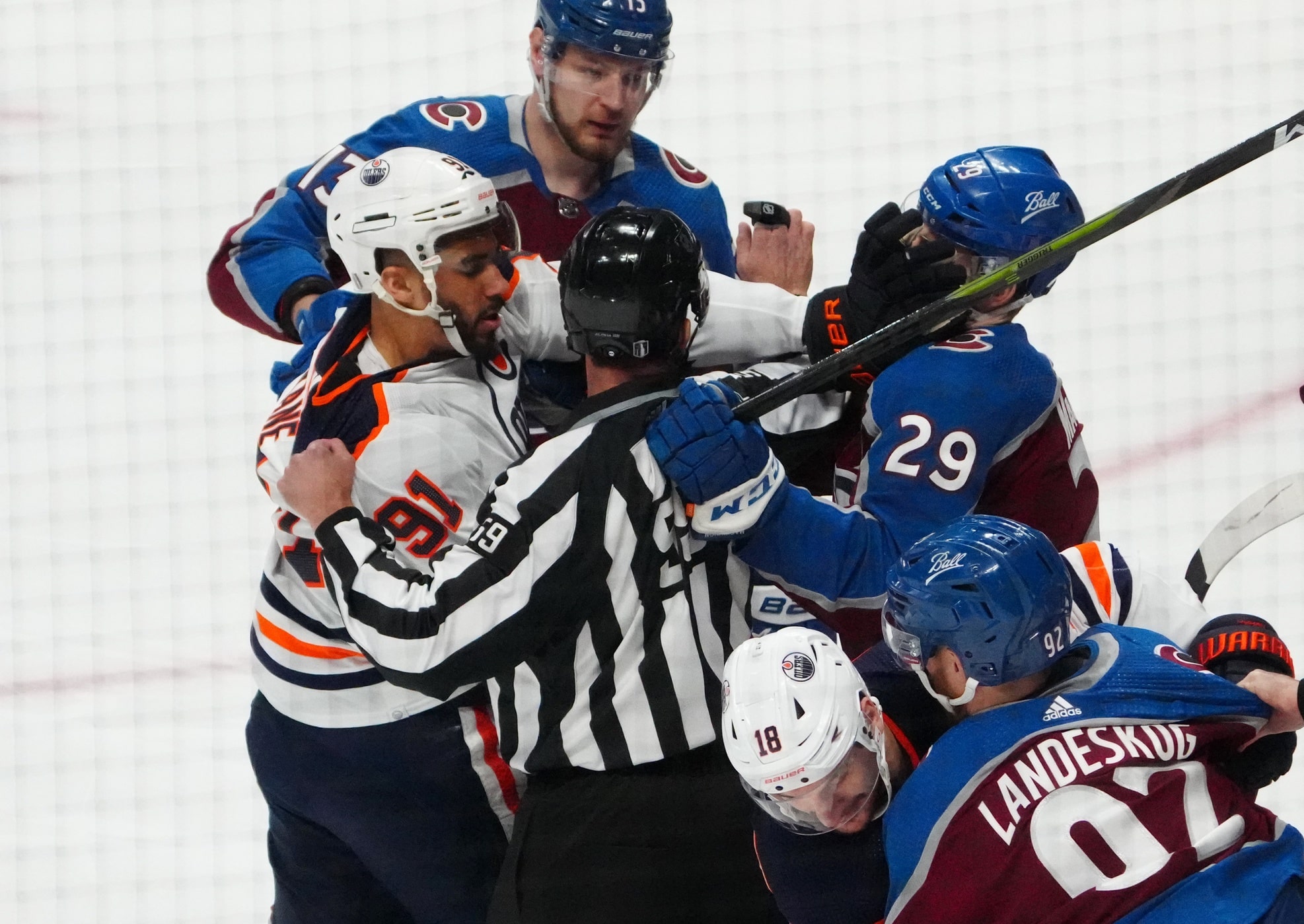 The Colorado Avalanche are too much for the Edmonton Oilers

Home » The Colorado Avalanche are too much for the Edmonton Oilers

For those who have been watching the NHL’s Western Conference Finals, one thing has become glaringly obvious: The Colorado Avalanche are significantly better than the Edmonton Oilers.

Barring a major change in that observation, there’s really no reason to bet on the Oilers in this series. Could Edmonton steal a game, maybe two? Sure, it’s possible. But predicting when or why feels risky. To date, they’ve shown no evidence they’re ready to stop the Avs. The smart play from here on out is to ride the Avs until they’ve eliminated the Oilers.

And if the eye test isn’t enough, follow the trends.

In the postseason, the Avs are a perfect 5-0 on the road. In those games, they outscored the Predators and Blues 26-13. They appear to be dialed in on the road, which is where they’ll be tonight.

Conversely, it’s not as if home ice has been a remedy for the Oilers during the playoffs. In Game 4 of the first round, the Kings slapped Edmonton with an eerily similar 4-0 beatdown in L.A. When the Oilers headed back home, however, the Kings beat them again, a 5-4 overtime game in Rogers Place. All told, the Oilers have been good – but not great – at home, posting a 4-2 playoff record when skating in Edmonton.

The other trend, perhaps unintentional, is that the Avalanche may have discovered something when starting netminder Darcy Kuemper sat Game 2 out with an upper body injury. Backup Pavel Francouz pitched a shutout, but perhaps more importantly, the Avs seemed to have solved some defensive issues in front of him. Don’t expect Francouz to suddenly become the second coming of Patrick Roy but expecting to see a similar defensive scheme from the Avs against Edmonton is fair. Additionally, Colorado has been the more disciplined team in the matchup; the Avs have taken three penalties compared to Edmonton’s eight. That’s never a recipe to skate with Colorado.

All told, the high-powered Avalanche should once again handle the Oilers – even in Edmonton.