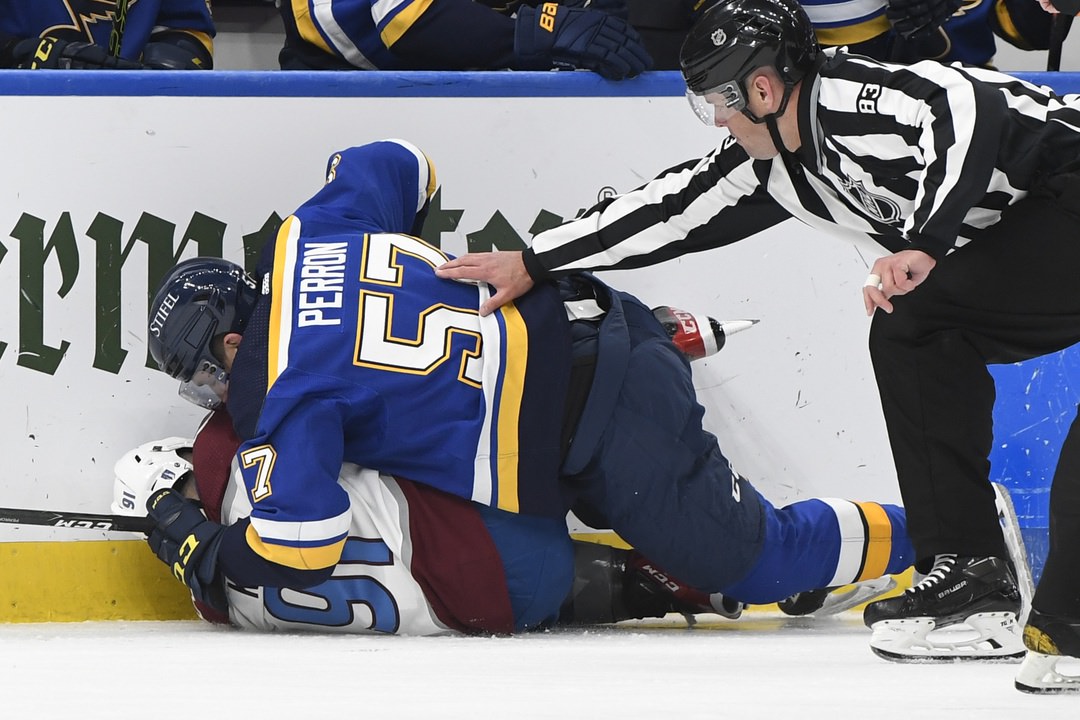 Home » The Colorado Avalanche might eliminate the St. Louis Blues tonight, but it won’t be easy

Tonight is supposed to be a coronation. After going into St. Louis and winning both Games 3 and 4, Colorado is on the brink of advancing to the Western Conference Finals for the first time in 20 years.

The Avalanche hold a 3-1 lead in the series. They’re coming off back-to-back road wins that came in dominating fashion. It’s going to be a cakewalk tonight at Ball Arena.

Colorado has been dominant thus far in the postseason. They’re 7-1 overall, outscoring their opponents 36-20 along the way. But they’ve done most of their damage on the road.

Yes, the Avs are 3-1 at home in the playoffs. But in their last three games in Denver, they’ve failed to cover the puck line. They’ve recorded two overtime wins and suffered their only postseason loss during that stretch.

That’s not to say they won’t win tonight. They probably will. But as a huge favorite, there isn’t a lot of value in picking Colorado. And recent history doesn’t suggest that they’ll cruise to victory.

Meanwhile, the Blues are going to go down swinging – both literally and figuratively.

They’re still steaming mad over the hit Nazem Kadri put on Jordan Binnington, which sidelined the St. Louis goaltender for the rest of the series. They’ll be looking to get some revenge again tonight.

Plus, the Blues have the heart of a champion. They hoisted the Cup just three seasons ago, showing that this isn’t a team ready to make tee times and book vacations.

David Perron and Ryan O’Reilly have been great for St. Louis in the postseason. They’ll need to carry their team once again.

Colorado will likely win tonight, but it’s going to be close.