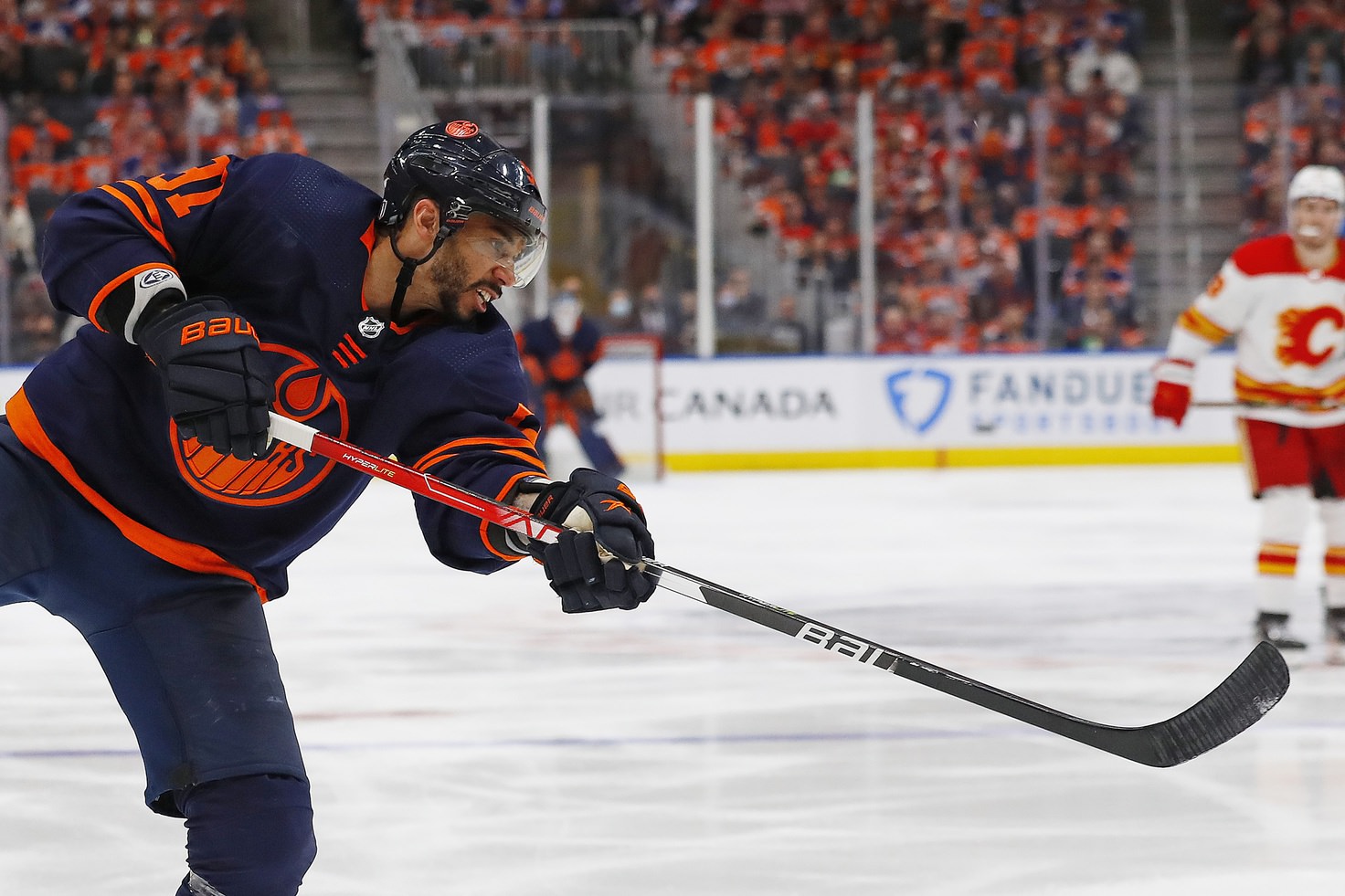 Home » The Edmonton Oilers will continue to overwhelm the Calgary Flames

In the “Battle for Alberta,” the Oilers simply have too much firepower

In the last two games, it’s become clear that the Oilers are the better team in this series. After getting a win in the opener, notching a crazy victory in a 9-6 shootout, it’s been apparent that the Flames simply don’t have as much talent as their foes.

Edmonton has dominated the last two games, winning 5-3 and 4-1 to take a 2-1 lead in the best-of-seven. And the Oilers have done it by riding their stars.

In Game 3, Evander Kane notched a hat trick, scoring three-consecutive goals in the third period. Calgary had no answer for the Oilers forward.

The Flames also haven’t been able to slow down Leon Draisaitl. The center has two goals and eight assists in the series, recording 10 points in the first three games.

The Flames haven’t de-coded Edmonton’s best player, either. Connor McDavid has a pair of goals and seven assists thus far, posting nine points in the series.

They’re coming in waves at Jacob Markstrom. Thus far, Calgary’s goaltender has been overwhelmed, giving up 15 goals on 102 shots.

The Flames have tried to keep pace. Johnny Gaudreau and Matthew Tkachuk have been valiant. But there’s only so much they can do.

Edmonton simply boasts too much offense. And it’s all coming together at the right time.

The Oilers are rolling. It will continue tonight at home.