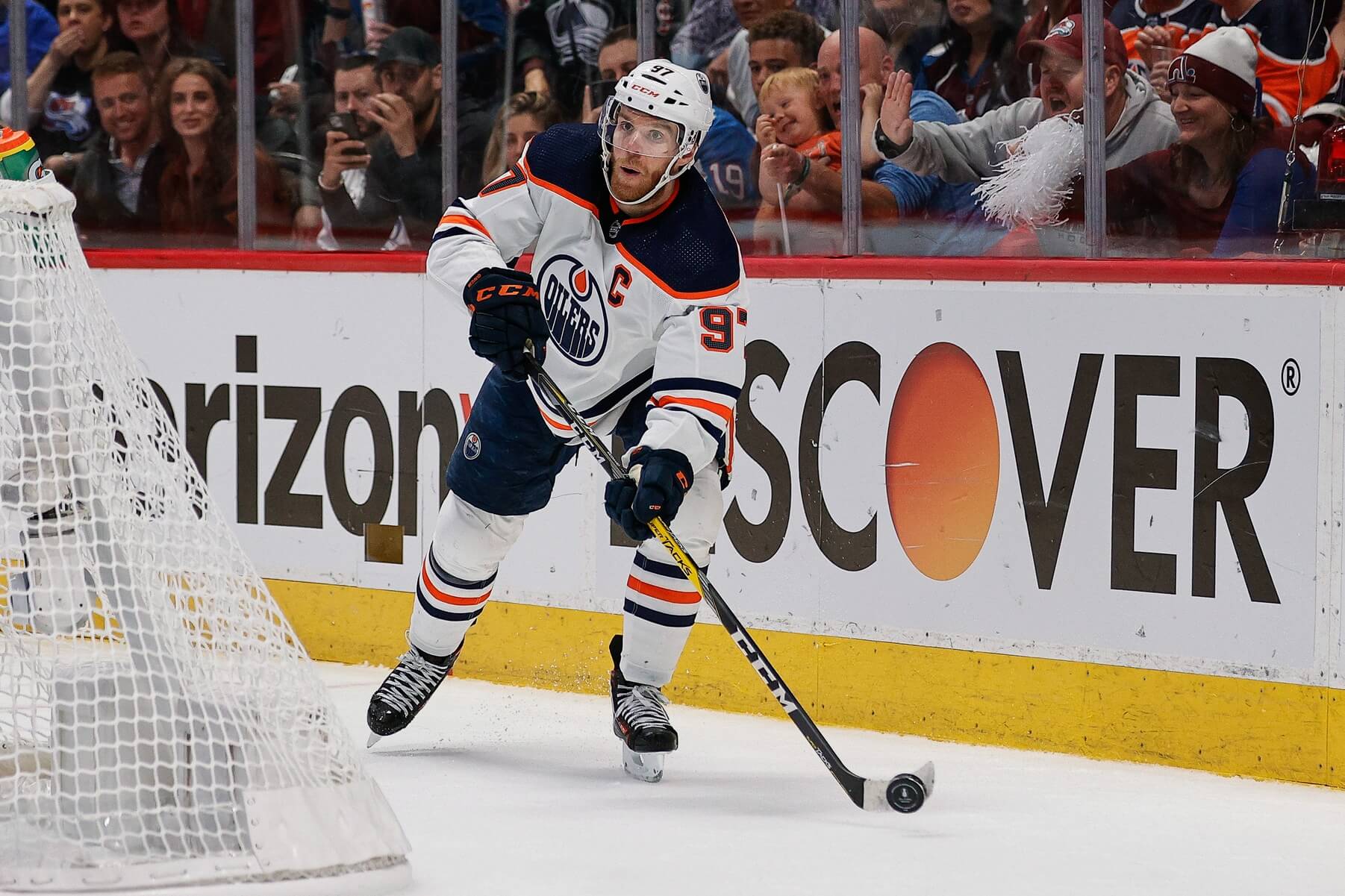 How many goals will these two teams combine for tonight? In the opening game of the series, the answer was 14, as Colorado beat Edmonton in an 8-6 shootout.

Game 2 might be even higher scoring. It could be a battle of backup goaltenders.

Mike Smith was yanked after giving up six goals on just 25 shots. His replacement, Mikko Koskinen was much better, surrendering just one goal on 21 shots the rest of the way. Oilers head coach Jay Woodcroft hasn’t announced who will be between the pipes tonight.

Jared Bednar was equally as vague when talking about the Avalanche’s goaltender situation. Darcy Kuemper left Game 1 with an upper body injury, giving way to Pavel Francouz in the second period. Both were mediocre, as Kuemper gave up three goals on 18 shots, while his replacement surrendered three more on 21 attempts.

That doesn’t add up to a lower-scoring game, especially if the stars come out to shine again on Thursday night. Nathan MacKinnon, Cale Makar, Mikko Rantanen, Nazem Kadri and Gabriel Landeskog all scored for Colorado in Game 1, while Evander Kane and Connor McDavid notched goals for Edmonton. The big-name players answered the bell for both teams.

Thus, the Oilers may have to win another high-scoring affair in order to even up the series. But there’s plenty of evidence that it can happen.

The Avs haven’t played well in previous Game 2s during the playoffs. After taking a 1-0 lead over the Predators in round one, they struggled to a 2-1 overtime victory two nights later. Against the Blues, they followed up an opening game win with a 4-1 loss, arguably their worst performance of the postseason.

Meanwhile, the Oilers have been very good on the road during the playoffs. They were 2-1 against the Kings in the opening round, the same mark they posted against the Flames in round two. Overall, they’re 4-3 away from home in the postseason.

Against Calgary, they faced a situation eerily familiar to tonight. Edmonton lost 9-6 in Game 1, but bounced back to post a 5-3 win and even the series.

Will they repeat the feat? That’s a tall order, but they’ll certainly make things interesting in Game 2.