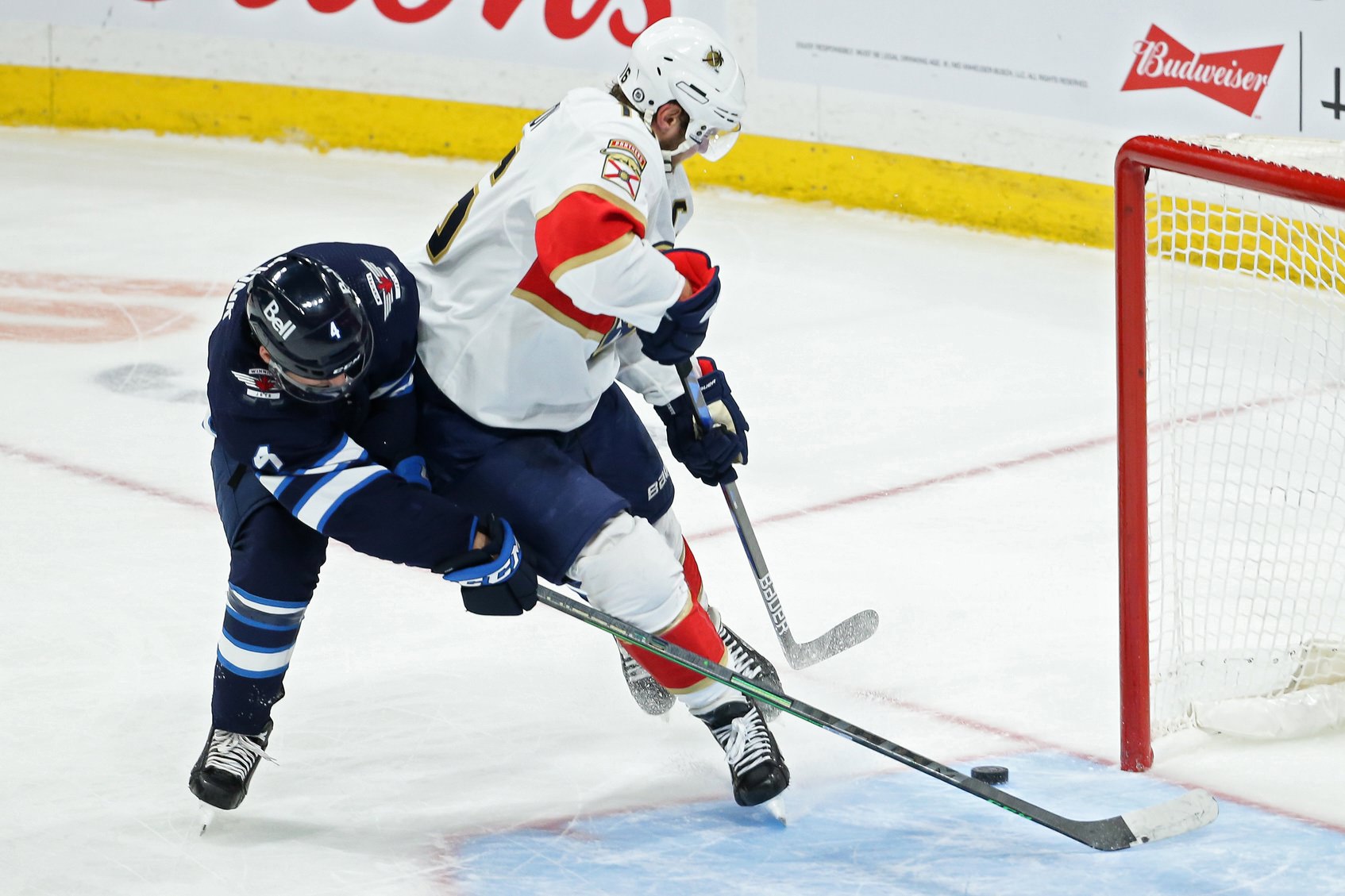 One of only two games on the NHL docket tonight, this Friday showdown is a classic case of a contender facing a pretender. Florida is making a run at the Presidents’ Trophy. Winnipeg is trying to claw their way into the wild card race, with too many teams to jump in the standings to be a legitimate threat.

This is a statement game. The Panthers will show the Jets what it takes to be a part of the league’s elite.

In their only matchup this season, Florida got the better of Winnipeg. They went on the road on Jan. 23 and netted a 5-3 victory, covering the puck line.

There’s no reason to believe tonight won’t be a similar result. The Panthers are playing great hockey, winners of eight in a row and 11 of their last 12 games. In their last five games, they’ve scored 23 goals, as they pepper opposing goaltenders with shots.

Florida averages 4.14 goals per game. That’s 1.10 more than Winnipeg on the season.

That’ll be a big challenge for Connor Hellebuyck between the pipes. He notched wins in his last two games, but those were over Montreal and Ottawa. The Panthers will be a much bigger test for the Jets goaltender.

Winnipeg has been sputtering of late. Prior to the back-to-back wins over NHL doormats, they had lost four-straight games to fade in the standings.

They start a four-game road trip that will ultimately determine their season tonight. With the Lightning, Rangers and Hurricanes on the horizon, they need to get off to a good start.

It won’t happen. The Panthers are just too much too handle.