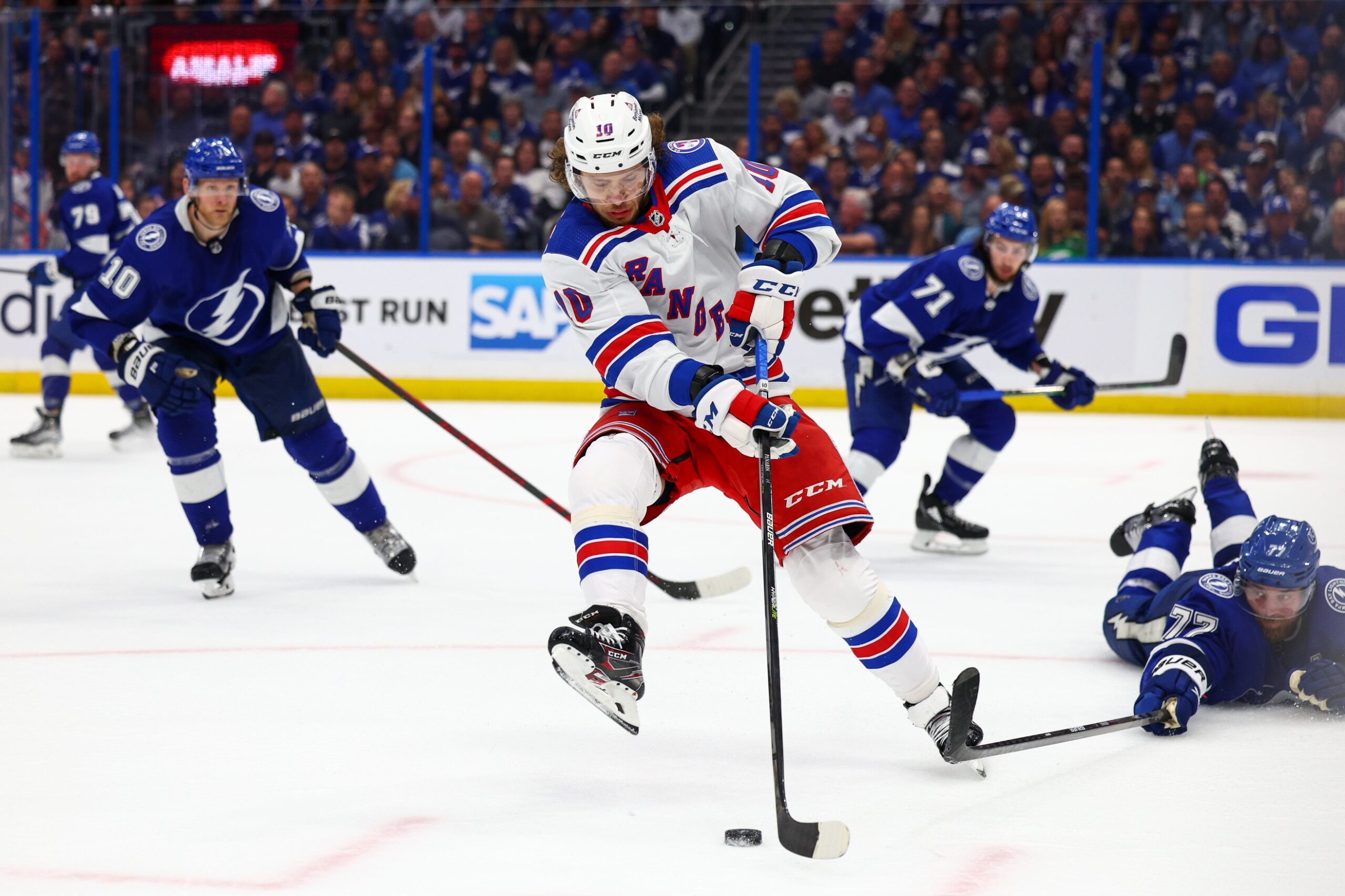 A series doesn’t really start until the home team loses a game. Based on that cliché, the Eastern Conference Final is just getting going.

Through the first four games, the home team has held court. The Rangers won Games 1 and 2, outscoring the Lightning 9-4 in New York. Tampa Bay rallied in the next two games, posting 3-2 and 4-1 victories.

Now, the best-of-seven is tied 2-2. It returns to New York for a pivotal Game 5, with the winner seizing control of the series and moving within one game of the Stanley Cup Final.

Given that things move to Madison Square Garden on Thursday night, there are a lot of signs that point toward the Rangers. There’s plenty of evidence to suggest that things will remain status quo.

New York has won eight consecutive home games during its postseason run. The only time the Rangers lost at MSG was in Game 1 of their opening round series against the Penguins, when they fell 4-3 in triple overtime.

Since that moment, the Rangers have been unbeatable at home. They racked up eight consecutive victories, outscoring their opponents 35-16 along the way.

That trend has continued in this series. In Games 1 and 2, New York outscored Tampa Bay 9-4 en route to a 2-0 lead.

Meanwhile, the Lightning have been extremely mediocre on the road during the playoffs. The two-time defending champions are just 4-4 at this point in the postseason.

In large part, that’s because Andrei Vasilevskiy has been far from dominant away from home. In Tampa Bay’s four road losses, the goaltender has given up 4.5 goals per game.

The Rangers hope to keep all these things to continue. In order to do so, they’ll need their stars to shine.

Igor Shesterkin will certainly dazzle in net. But Mika Zibanejad, Chris Kreider and Artemi Panarin will also have to answer the bell.

Expect them to get it done. The home team will win again in the East.