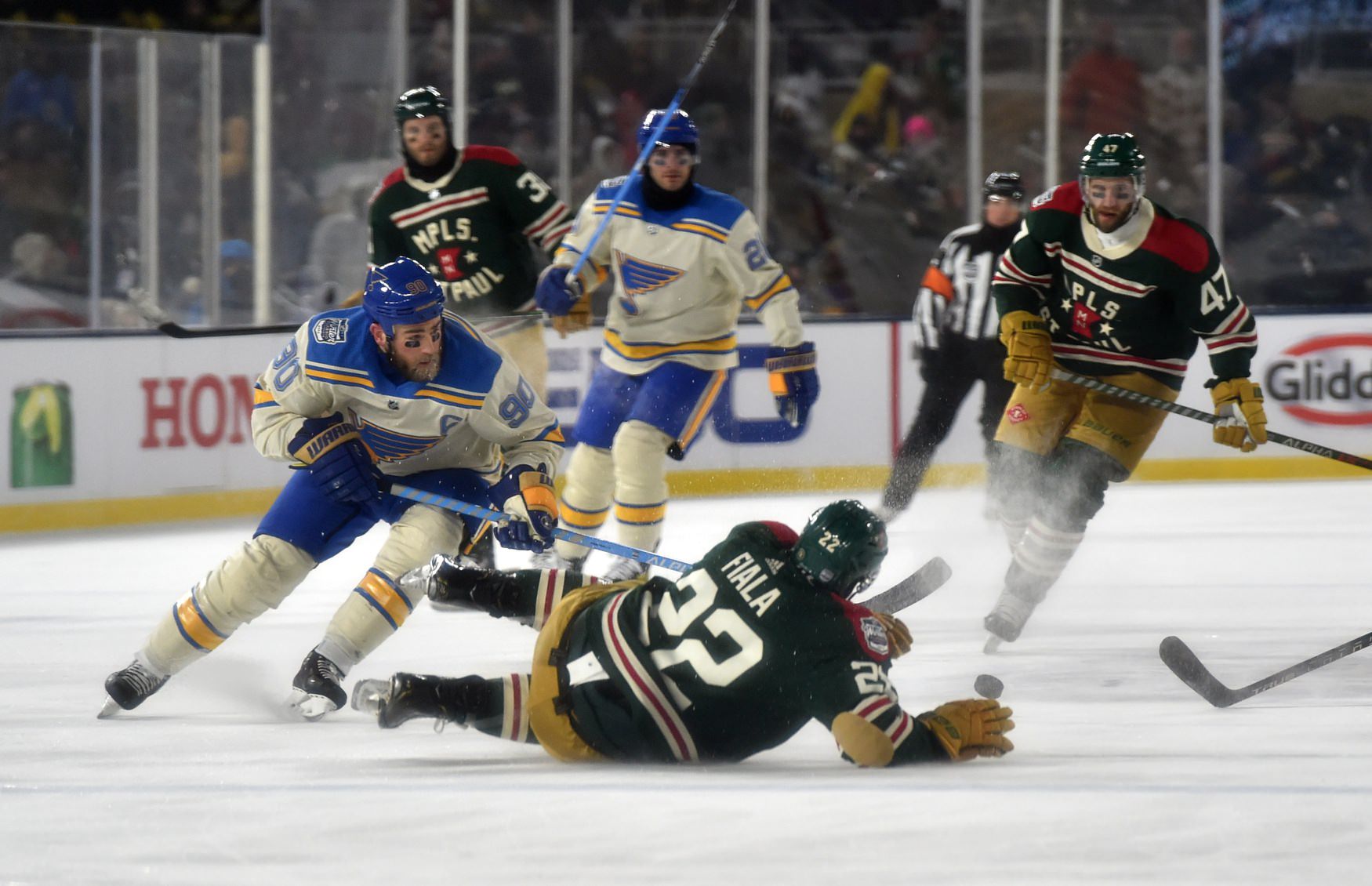 The St. Louis Blues will get the better of the Minnesota Wild in a divisional showdown

Home » The St. Louis Blues will get the better of the Minnesota Wild in a divisional showdown

This is a big Central Division showdown, as the Wild and Blues sit in second and third place, respectively, at the moment. Minnesota has a one-point edge, with 91 on the season.

St. Louis can jump its division rival in the standings with a win tonight. That could be huge come playoff time, with home-ice advantage at play.

The Blues have been playing great hocket of late. They’ve won four out of their last five games, including three straight. In that five-game stretch, they’ve netted 24 goals, as they’re peppering opposing goaltenders with shots.

Meanwhile, the Wild are scuffling a bit. They’ve lost two of their last four games, including a 6-2 setback at Nashville on Tuesday night. They’ve had three days rest, but they’re still at the end of a four-game road trip. Fatigue could play a role tonight, as well.

It’s an evenly matched game. Minnesota averages 3.61 goals per game, just ahead of St. Louis at 3.60. Thus, it could come down to one thing in particular – the power play.

Minnesota takes a lot more penalties than St. Louis. The Blues have 53 power-play goals on the season, while the Wild have surrendered 54. That’s a critical edge for the home team.

It should be a doozy in the Gateway to the West tonight. A home team at even money is too much value to pass up.